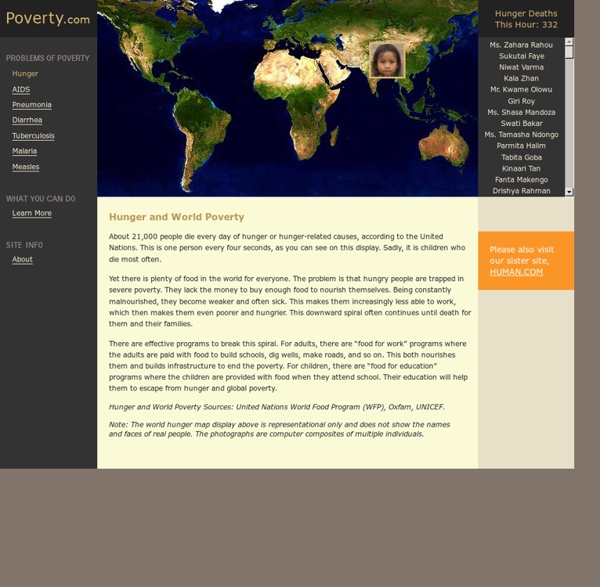 Related:  Poverty in the US • Saved for later 3

This edible water blob could replace plastic bottles What's one solution to the growing problem of plastic water bottle waste? A trio of Spanish design students think they have the answer, and it involves creating a "water bottle" that you can eat, reports Co.Exist. Designers Rodrigo García González, Guillaume Couche and Pierre Paslier call their creation "Ooho," a gelatinous blob that is actually a membrane that encapsulates water like a bladder. Rent or Buy? The Math Is Changing Photo Billy Gasparino and Jenna Dillon-Gasparino were savvy enough to wait out the housing boom of a decade ago as renters. Not until 2010, well into the bust, did they buy a house in the Venice neighborhood of Los Angeles, less than a mile from the beach, for $810,000. Only four years later, the couple see new signs of excess in the housing market and have decided to go back to renting.

Chipotle Original Series NO PURCHASE NECESSARY. A PURCHASE OR PAYMENT OF ANY KIND WILL NOT INCREASE YOUR CHANCES OF WINNING. Message and data rates may apply. Text STOP to 30364 to opt out and to discontinue further participation in the Sweepstakes. zeropointfield Image 1: The standard model of particle physics Since all the talk about the Higgs boson started, a lot of people now understand what the Large Hadron Collider (LHC), which is situated at the CERN in Geneva does: It accelerates protons to a speed near the speed of light and smashes them into each other. This destroys the proton and creates lots of smaller particles which are then analysed by the CERN’s detectors, which are the ATLAS, CMS and LHCb detectors. How is it possible, that a small a particle as the proton can produce a myriad of other, quite distinct and different particles? Or, if one poses the question in another way, what exactly is inside a proton? First it is important to understand that the proton is not an elementary particle according to the standard model of particle physics – you can see a list of elementary particles in image 1.

Journal of Political Ecology Volume 21 (2014) Articles (abstracts are at the end of each PDF file) The biopolitics of 'food insecurity': towards a critical political ecology of the body in studies of women's transnational migration.