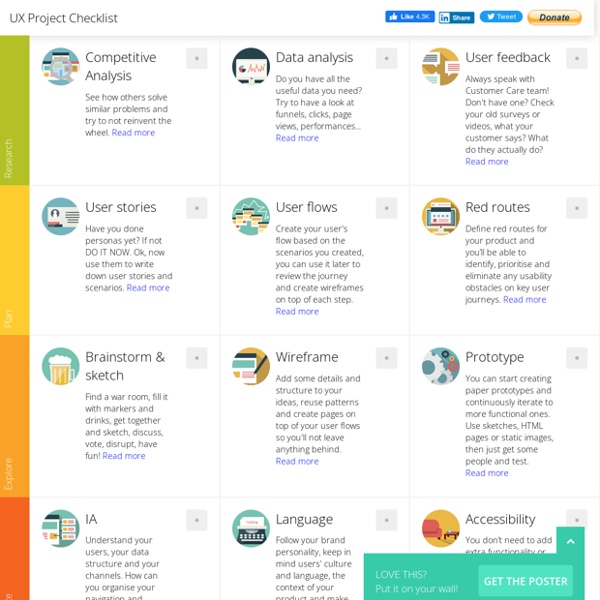 Prototyping Tools and Process — Greylock Perspectives We hosted our latest Greylock Design Community event at Medium where leading designers across the Valley came to learn from each other and have a discussion about the various design tools and processes teams use. The design industry is undergoing a huge transformation — we are seeing more prototyping tools than ever before. This increase in the number and breadth of various prototyping tools is fueled by three factors: 1) the rise in mobile apps; 2) the rise of the importance of design; and 3) users expectations for well designed and intuitive applications. With the help of our design founding members — Lia Napolitano and Brooks Haasig — we issued a survey to quantify the prototyping process of design teams behind some of today’s most well designed products including Medium, Airbnb, Uber, Apple, Eventbrite, Pinterest and more. Here are a few key highlights from what we learned. Asset Creation: Prototype Creation: Prototype/Design Asset Storage Sharing and Feedback with Prototypes

User Interface library 20 of Our Best Posts to Make You a Better Designer What’s the secret sauce to becoming a 100% awesome designer? While there’s a lot of experience and dedication that goes into being a world-class designer, doing your research beforehand (and throughout your career) sure doesn’t hurt. That’s why we’ve done a bit of research for you by rounding up the posts from our blog that we think will equip you to go out there and rock at UX. Let us know what articles are the most salient for you and your career. Give us a shout in the comments! The Basics 1. Brush up on the fundamentals of solid design! 2. Create an enjoyable onboarding experience, and have fun letting your user get to know you. 3. When guiding your user through your site, consider all the navigation options. 4. Learn how to create perfect palettes that users find delightful. 5. It’s true; knowing about both code and design is important. 6. An outstanding artist continually refines their craft — and keeps reading. 7. The Axes 8. 25 Alluring Y-Axis Sites (That Will Keep You Scrolling) 9.

Wait for! Download free comics Before / After - androidux.com Before / After airbnb (2012 / 2015) Facebook (2013 / 2015) Foursquare (2013 / 2015) Google Keyboard (2013 / 2015) Google Launcher (2011 / 2015) Google Play (2013 / 2015) Instagram (2013 / 2015) Snapchat (2013 / 2015) Tumblr (2013 / 2015) Yelp (2012 / 2015) YouTube (2014 / 2015) First Time User Experiences Which Color Should You Use For Your Icon? This post is brought to you by 99designs. Get a design you'll love — guaranteed. Blue is the most common favorite color in the world, which is why so many companies have used it for their logos and mobile app icons. This became grossly apparent to me a few weeks ago when I struggled with where to place Facebook and LinkedIn on my phone screen. This is just one screen, so it’s worth noting that out of the 60 apps on my phone that don’t live in a folder (and therefore have a prominent place on the screen), 16 have blue as their main color, and two more have blue fairly prominently. That’s over ¼ of the icons, which makes organizing the shades of blue incredibly frustrating. As evidenced above, brand color is particularly important for mobile apps, as their icons become the face of the product on the screens of their users’ devices. This acts in reverse as well: red brings to mind excitement, youthfulness, intensity – think CNN, Virgin, Coca-Cola, and RedBull. Red Orange Yellow Green Blue Purple

Top 20 UX Blogs the DEFINITIVE List The top 20 UX blogs you HAVE to read if you are in any way associated with UX or user experience design I have been in the business of creating and marketing applications, websites and mobile experiences for quite a while now (over 20 years, ouch). I have built up a list over the years of my favorite UX blogs I visit. Top 20 UX Blogs in Alphabetical Order: 1. A List Apart has been around since 1997 (their website was launched in 1998), almost as long as me! 2. Adaptive Path touts itself as one of the first design firms focused on user experience. 3. The Apple developers blog (aka news and announcements) is probably more for you techies. 4. Boxes and Arrows is nothing but a great big blog with tons of interaction design and UX articles. 5. Econsultancy is a digital marketing firm, so this blog admittedly is mostly marketing focused. 6. Experientia, the global design consultancy based in Italy provides another great source for UX thought leadership and information. 7. 8. 9. 10. Charles L.

TechCrunch - The latest technology news and information on startups