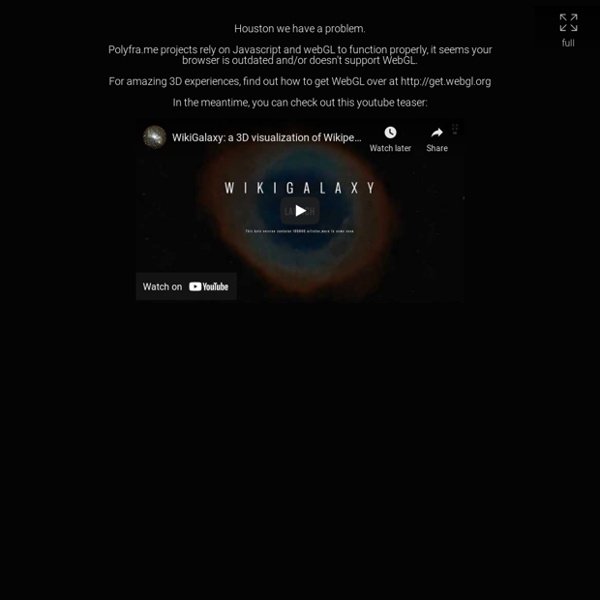 Der Spiegel: Trump beheading cover sparks criticism Image copyright Der Spiegel/Reuters Germany's influential weekly news magazine Der Spiegel has come under fire for a cover image showing US President Donald Trump beheading the Statue of Liberty. Some German newspapers criticised the cartoon, while the German vice-president of the European Parliament called it "tasteless". Sandcastle Builder So, this is the Codex, where lots of important and helpful information will be presented as it becomes available. This will mean there will be less infodumping in Boost and Badge descriptions (and stats) once I actually do this. But I'll start on that in a future version. In the meantime, some FAQ: Q: Why are my ladders producing 0 sand?

In 2022 we'll be able to watch an 1,800-year old star collision - The i newspaper online iNews A star created 1,800 years ago after the collision of two distant suns is set to appear in the night sky for the first time – as the light from the crash finally reaches the Earth. Scientists predict that for six months in 2022, stargazers will be able to witness the birth of the new star, which formed at the time of the Romans’ war with Scottish tribes, by fixing their telescopes near the Pisces and Cygnus constellations. Boom Star

LG investigates Smart TV 'unauthorised spying' claim 20 November 2013Last updated at 09:32 ET By Leo Kelion Technology reporter Mr Huntley wanted to know how LG determined which ads should be shown on his TV LG is investigating allegations that some of its TVs send details about their owners' viewing habits back to the manufacturer even if the users have activated a privacy setting. It follows a blog by a UK-based IT consultant who detailed how his Smart TV was sending data about which channels were being watched. His investigation also indicated that the TVs uploaded information about the contents of devices attached to the TV. It could mean LG has broken the law.

Fake news and a 400-year-old problem: we need to resolve the ‘post-truth’ crisis The internet age made big promises to us: a new period of hope and opportunity, connection and empathy, expression and democracy. Yet the digital medium has aged badly because we allowed it to grow chaotically and carelessly, lowering our guard against the deterioration and pollution of our infosphere. We sought only what we wanted – entertainment, cheaper goods, free news and gossip – and not the deeper understanding, dialogue or education that would have served us better. The appetite for populism is not a new problem. In the ferocious newspaper battles of 1890s New York, the emerging sensational style of journalism in Joseph Pulitzer’s New York World and William Randolph Hearst’s New York Journal was dubbed “yellow journalism” by those concerned with maintaining standards, adherence to accuracy and an informed public debate. We now have the same problem with online misinformation.

About Backyard Brains About "Backyard Brains" As grad students at the University of Michigan, co-founders Tim and Greg often interacted with schoolchildren during neuroscience outreach events. We often wanted to show real "spiking" activity to students, but this was impossible due to the high cost of equipment. By using off-the-shelf electronics, we designed kits that could provide insight into the inner workings of the nervous system. University opens without any teachers By Matt Pickles . A university without any teachers has opened in California this month. It's called 42 - the name taken from the answer to the meaning of life, from the science fiction series The Hitchhiker's Guide to the Galaxy. The US college, a branch of an institution in France with the same name, will train about a thousand students a year in coding and software development by getting them to help each other with projects, then mark one another's work.

How many colors are really in a rainbow? “The colors of a rainbow so pretty in the sky. Are also on the faces of people going by.” -Louis Armstrong It’s no secret that white light is the light that we see when all the colors shine together and are seen at once. The Vocabularist: When is a theory 'just a theory'? Image copyright Thinkstock A Lancashire headmistress attracted fury with a tweet in which she said "evolution is not a fact; that's why it's called a theory". In ancient Greece theoroi meant something like "observers". They were envoys sent by city-states to consult oracles, to give offerings at famous shrines or attend festivals. Theoria was a word for their duties.

Labor Day Is a Scam To Keep You Poor and Miserable Forever The anti-labor movement has done a spectacular job of convincing American workers to desire a lower standard of living than the one enjoyed by their parents. Retirement? Only for the greedy! Is the art of shorthand dying? For more than 2,000 years people have used shorthand to make note-taking quicker and more reliable. It's a skill that has weathered being banned by a Roman emperor and associations with witchcraft, but could technology finally kill it? To the uninitiated it looks like gobbledegook, an alien language with an indecipherable alphabet. But the squiggles and lines on the page are actually a version of English. Shorthand is a method of quickly writing down information.

A Point of View: Why we should defend the right to be offensive - BBC News Image copyright iStock Free speech can make for uncomfortable listening, argues Roger Scruton, but it needs to be defended even when it gives offence. To people like me, educated in post-war Britain, free speech has been a firm premise of the British way of life. As John Stuart Mill expressed the point: "The peculiar evil of silencing the expression of an opinion is, that it is robbing the human race; posterity as well as the existing generation; those who dissent from the opinion, still more than those who hold it. Culture - Sexually explicit Japanese art challenges Western ideas An exhilarating new exhibition at the British Museum features over 150 works of Japanese erotic art. But is it art, or pornography? Alastair Sooke investigates. It is one of the most salacious images in the history of art: deep underwater, a gigantic pink octopus drags a naked young woman into a cleft between two rocks. As his coiling tentacles slither over her blemish-free body, caressing a nipple and encircling her nubile legs, this unlikely molluscoid lover pleasures his prostrate captive, who throws back her head in ecstasy while a second, smaller octopus plants a tender kiss upon her mouth. To modern eyes, it may look like a piece of titillating filth.