The Power of Checklists 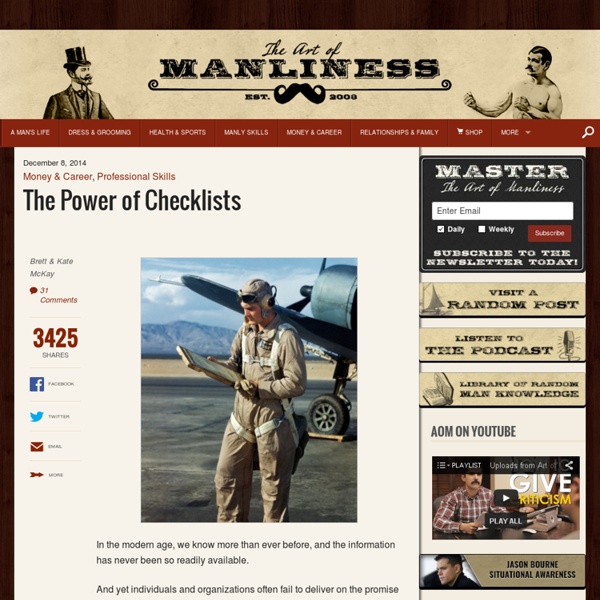 Dropmark brings dead simple collaboration into the cloud [invites] Every once in a while, there’s an app or product that comes out and blows everybody’s minds. Not long ago, Dropbox opened our eyes to how simple sharing and storing files in the cloud can be. Oak, a design studio based out of Brooklyn, NY, has been quietly working away on Dropmark, and released a teaser video (below) nearly a year ago. Dropmark lets you drag and drop files and links from your desktop and Web browser to be instantly uploaded into collections in the cloud. So, a place to save and share content with a fresh interface sounds interesting, but certainly isn’t ground-breaking. From Dropmark: Drop files right from your computer or the web to create organized collections—bringing together information like never before. Skylar Challand from Oak told TNW that the idea for Dropmark started a few years ago: As a small design shop, I was doing some photo research for a client, and wanted an easy way to share my findings.

The Ivy Lee Method: The Daily Routine Experts Recommend for Peak Productivity By 1918, Charles M. Schwab was one of the richest men in the world. Schwab was the president of the Bethlehem Steel Corporation, the largest shipbuilder and the second-largest steel producer in America at the time. One day in 1918, in his quest to increase the efficiency of his team and discover better ways to get things done, Schwab arranged a meeting with a highly-respected productivity consultant named Ivy Lee. Lee was a successful businessman in his own right and is widely remembered as a pioneer in the field of public relations. “Give me 15 minutes with each of your executives,” Lee replied. “How much will it cost me,” Schwab asked. “Nothing,” Lee said. The Ivy Lee Method During his 15 minutes with each executive, Lee explained his simple method for achieving peak productivity: At the end of each work day, write down the six most important things you need to accomplish tomorrow. The strategy sounded simple, but Schwab and his executive team at Bethlehem Steel gave it a try. Read Next

The Single Largest Collaboration-Killing Mistake You’re Unaware Of There’s a lot of talk about how to get the most out of teams today. Do you define strict roles for each team member? Is it all about outlining the approach? Do you let teams naturally work to achieve it? How much structure is too much when it comes to collaboration? Traditionally, when teams set out on a project they are handed a detailed approach by their leader. Instead of this “traditional” view of team projects, Erickson suggests that team leaders should take a new approach. “research has shown that … collaboration improves when the roles of individual team members are clearly defined and well understood – in fact, when individuals feel their role is bounded in ways that allow them to do a significant portion of their work independently. Turns out that assigning roles, not the approach, actually increases team collaboration. Image Source: www.iStockphoto.com Related

A Special Forces Officer Teaches You 5 Secrets To Overcoming Adversity Life can be really difficult sometimes. We all deal with it. But how do top performers overcome challenges? And what can we learn from them? I figured I’d call an expert. Who knows about overcoming adversity? So I called Mike Kenny. Most of what you may think you know about Special Forces is wrong. SEALs and Rangers specialize in “direct action” and “special reconnaissance.” They’re good behind the gun, no doubt, but they spend a lot of their time working with people — and usually people who don’t speak their language and don’t share a common culture. Here’s what you can learn from Special Forces training about overcoming adversity. 1) Prepare, Prepare, Prepare We often wait until the hurricane hits us to think about how we’re going to cope with it. Via Masters of Chaos: The Secret History of the Special Forces: The Special Forces are not a rapid deployment force; the secret of their success is intensive preparation. Many of the benefits that come from preparation are obvious. Sum Up Tags:

Group cohesiveness When discussing social groups, a group is said to be in a state of cohesion when its members possess bonds linking them to one another and to the group as a whole. Although cohesion is a multi-faceted process, it can be broken down into four main components: social relations, task relations, perceived unity, and emotions.[1] Members of strongly cohesive groups are more inclined to participate readily and to stay with the group.[2] Definition[edit] There are different ways to define group cohesion, depending on how researchers conceptualize this concept. However, most researchers define cohesion to be task commitment and interpersonal attraction to the group.[3][4] Causes[edit] The bonds that link group members to one another and to their group as a whole are not believed to develop spontaneously. Attraction, task commitment and group pride are also said to cause group cohesion. Attraction[edit] Group pride[edit] Task commitment[edit] Factors[edit] Similarity of group members[edit] Beal, D.

What Google Learned From Its Quest to Build the Perfect Team So Rozovsky started looking for other groups she could join. A classmate mentioned that some students were putting together teams for ‘‘case competitions,’’ contests in which participants proposed solutions to real-world business problems that were evaluated by judges, who awarded trophies and cash. The competitions were voluntary, but the work wasn’t all that different from what Rozovsky did with her study group: conducting lots of research and financial analyses, writing reports and giving presentations. The members of her case-competition team had a variety of professional experiences: Army officer, researcher at a think tank, director of a health-education nonprofit organization and consultant to a refugee program. Despite their disparate backgrounds, however, everyone clicked. They emailed one another dumb jokes and usually spent the first 10 minutes of each meeting chatting. It always struck Rozovsky as odd that her experiences with the two groups were dissimilar. Photo

Why Teamwork is Overrated Does teamwork always enhance the performance of organisations? It might seem like a question that’s too obvious to ask. Practically every job description ever written demands ‘a good team player’. Teams of all kinds pop up everywhere in organisations and the assumption is that they enhance organisational performance. In fact the evidence for the supposedly stupendous power of teams is pretty weak. Far from finding a huge boost to performance from teamwork, the studies are neutral or only show small benefits (Allen & Hecht, 2004). High performing groups are not normal, instead groups often have huge variations in ability from top to bottom.People in groups often waste time squabbling over goals.Groups frequently suffer downward performance spirals. The message from the research is clear: the benefits of teamwork are nowhere near as clear as the fashion would suggest. Obviously sometimes people do work together much better in teams. But many, many jobs don’t have these characteristics.

The Buffett Formula “The best thing a human being can do is to help another human being know more.” — Charlie Munger “Go to bed smarter than when you woke up.” — Charlie Munger Most people go through life not really getting any smarter. Why? They simply won’t do the work required. It’s easy to come home, sit on the couch, watch TV and zone out until bed time rolls around. Sure you can go into the office the next day and discuss the details of last night’s episode of Mad Men or Game of Thrones. But you can acquire knowledge if you want it. In fact there is a simple formula, which if followed is almost certain to make you smarter over time. It involves a lot of hard work. We’ll call it the Buffett formula, named after Warren Buffett and his longtime business partner at Berkshire Hathaway, Charlie Munger. “I can see, he can hear. We can learn a lot from them. How to get smarter Read. Warren Buffett says, “I just sit in my office and read all day.” What does that mean? The Omaha World-Herald writes: Eisner continues:

isites.harvard.edu/fs/html/icb.topic58474/wigintro.html Derek Bok Center for Teaching and Learning, Harvard University | ONLINE DOCUMENT A Note to Faculty and a Quick Guide for Students Ellen Sarkisian, Derek Bok Center Many students have had little experience working in groups in an academic setting. While there are many excellent books and articles describing group processes, this guide is intended to be short and simply written for students who are working in groups, but who may not be very interested in too much detail. Contents Getting Started is an overview that can be used alone (or together material from the Note to Faculty below on the reasons and benefits of group work). A Note to Faculty Some reasons to ask students to work in groups Asking students to work in small groups allows students to learn interactively. Some benefits of working in groups (even for short periods of time in class) Caveat: If you ask students to work in groups, be clear about your purpose, and communicate it to them. Large projects over a period of time References