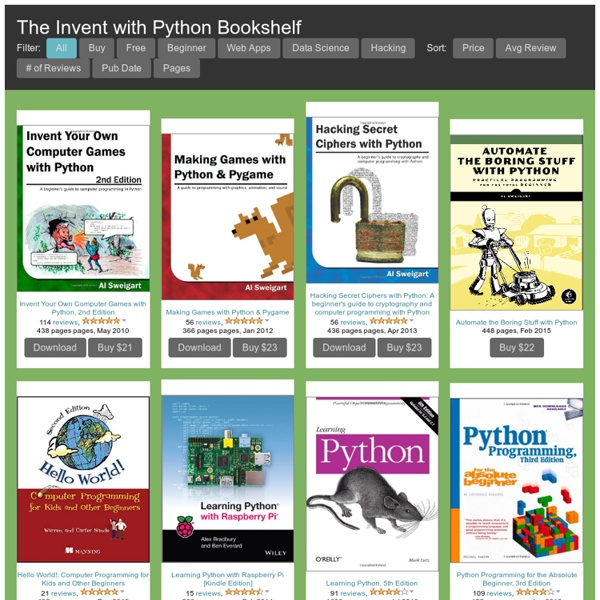 SonarQube™ Introduction to Python Web Frameworks So, you’ve learned Python, perhaps using one of the resources you found in our MegaGuide. You’ve built some projects that run on your computer, and now you’re ready to share them with the world online. What’s the next step? If you want to turn your Python project into a web application or a dynamic website, and host it on the Internet for anyone to access, you’re going to need to use a web framework. A web framework, also known as a web application framework, is the glue that bonds your project to the server that’s hosting it. Some web frameworks include many features right out of the box, like a built-in administrator interface, while others take a more minimal approach by only including the bare essentials to get your simple web application or website up and running. Learning a framework can be intimidating, especially for beginners, as the guides and documentation associated with any given framework can be difficult to understand. Django Website Official Documentation Official Tutorial

Valgrind is *NOT* a leak checker « Modern Maintainable Code Summary: Valgrind is one of the most misunderstood tools I know of in my community. Valgrind is not a leak checker. Without changing the way you invoke Valgrind, you get so much more useful information than most people realize. There's a reason why this is the first thing I tell students to do at office hours. First things first: To run valgrind, simply go to the directory where your program is and run: valgrind . No special arguments. You'll see both your program's output as well as the debugging output generated by Valgrind (which is prefixed with ==). For the purposes of this article, please, Ignore all Valgrind output after the "HEAP SUMMARY" line. What can it detect? 1) Misuse of uninitialized values. bool condition;if (condition) { //Do the thing } This is a fun one. The valgrind output for the example is of the form: ==2364== Conditional jump or move depends on uninitialized value(s) ==2364== at 0x400916: main (test.cpp:106) 2) Accessing memory you shouldn't. An example: Do you see it? Run:

The Book of Life | Developing Emotional Intelligence Welcome to Python.org Introducing Drake, a kind of ‘make for data’ - Factual Blog Processing data can be a real a mess! Here at Factual we’ve felt the pain of managing data workflows for a very long time. Here are just a few of the issues: a multitude of steps, with complicated dependenciescode and input can change frequently – it’s tiring and error-prone to figure out what needs to be re-builtinputs scattered all over (home directories, NFS, HDFS, etc.), tough to maintain, tough to sustain repeatability Paul Butler, a self-described Data Hacker, recently published an article called “Make for Data Scientists“, which explored the challenges of managing data processing work. We were gladdened to read Paul’s article, because we’d been hard at work building an internal tool to help manage our data workflows. Introducing ‘Drake’, a “Make for Data” We call this tool Drake, and today we are excited to share Drake with the world, as an open source project. Drake is a text-based command line data workflow tool that organizes command execution around data and its dependencies.

Probably Overthinking It: Regression with Python, pandas and StatsModels I was at Boston Data-Con 2014 this morning, which was a great event. The organizer, John Verostek, seems to have created this three-day event single-handedly, so I am hugely impressed. Imran Malek started the day with a very nice iPython tutorial. And Imran very kindly let me use his laptop to project slides for my talk, which was next. Regression is a powerful tool for fitting data and making predictions. As an example, I will use data from the National Survey of Family Growth to generate predictions for the date of birth, weight, and sex of an expected baby. This talk is appropriate for people with no prior experience with regression. And here are my slides: The material for this talk is from the second edition of Think Stats, which is in production now and scheduled for release in early November. As I expected, I prepared way more material than I could present. The nice people at O'Reilly Media sent over 25 copies of my book, Think Python, so we had a book signing after the talk.

evansd/whitenoise Encyclopedia of things considered harmful Python Basic Syntax The Python language has many similarities to Perl, C, and Java. However, there are some definite differences between the languages. First Python Program Let us execute programs in different modes of programming. Interactive Mode Programming Invoking the interpreter without passing a script file as a parameter brings up the following prompt: $ python Python 2.4.3 (#1, Nov 11 2010, 13:34:43)[GCC 4.1.2 20080704 (Red Hat 4.1.2-48)] on linux2 Type "help", "copyright", "credits" or "license" for more information Type the following text at the Python prompt and press the Enter: >>> print "Hello, Python!" If you are running new version of Python, then you would need to use print statement with parenthesis as in print ("Hello, Python!") Hello, Python! Script Mode Programming Invoking the interpreter with a script parameter begins execution of the script and continues until the script is finished. Let us write a simple Python program in a script. print "Hello, Python!" $ python test.py #! Python Identifiers #!