Should I Work for Free? 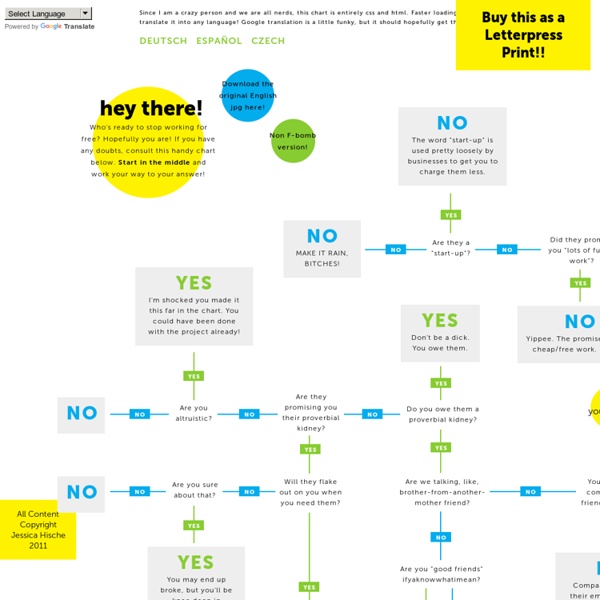 In case you were wondering, here's what's happening in your brain during a re... We’ve all been through them, some more than others, and it’s hardly pleasant for either party involved. The fact remains however that, unless you’re planning to remain in your first relationship for the rest of your life, a break-up is a natural event in life. The Nerve’s Drake Baer recently went through a painful break-up and was inspired to pursue an investigation into why we are able to feel such real pain over something that’s completely psychological. After consulting mental health experts and brain researchers he discovered that the ‘need’ we feel for somebody we love is as real as physical requirements like hunger and thirst. The oldest part of our brain, often called the lizard or reptile brain, operates this impulses unconsciously. So, when we are hungry for instance, this primordial piece of our biology excludes all conscious thought that isn’t directly related to satisfying that hunger. ‘It’s not the practice of success.’ Via The Nerve

December 17 | 5 Yoga Poses that Make All Yoga Poses Better (Part 3 of 5) We all want to make our poses better…more integrated, less effortful, more sukha! Over decades of practice and thousands of sequences, I keep coming back to a handful of poses. Do these versatile yoga poses regularly and experience their transformative power on your practice especially when done in a creative, Iyengar way. Salambasana | Locust Pose My teacher used to say the prone backbends were “grunt poses.” So I choose Salambasana as my third choice for poses that help make all poses better. To use a prop or not to use a prop … that is the question! Perhaps the term 'yoga props' comes from the expression to prop things up which gives us yogis the association of props with 'the easy way out.' It can also facilitate staying in the pose longer, as it does in this example, so that one can achieve the physical benefits of the pose. Need a new relationship with Salambasana? Take a chair! © Cara Brostrom How to begin Is Salambasana a good prep pose for more advanced backbends? Photo: wikiHow

Unions aren't to blame for Wisconsin's budget Posted at 9:36 AM ET, 02/18/2011 By Ezra Klein Let's be clear: Whatever fiscal problems Wisconsin is -- or is not -- facing at the moment, they're not caused by labor unions. That's also true for New Jersey, for Ohio and for the other states. There was no sharp rise in collective bargaining in 2006 and 2007, no major reforms of the country's labor laws, no dramatic change in how unions organize. Blame the banks. Of course, the fact that public-employee pensions didn't cause a meltdown at Lehman Brothers doesn't mean they're not stressing state budgets, and that the pensions they've been promised don't exceed what state budgets seem able to bear. In fact, it particularly doesn't work for what Walker is attempting in Wisconsin. More than half of the lower estimate ($117.2 million) is due to the impact of Special Session Senate Bill 2 (health savings accounts), Assembly Bill 3 (tax deductions/credits for relocated businesses), and Assembly Bill 7 (tax exclusion for new employees).

Hearts In Harmony | Love That Lasts Forever "Blood diamond" regulation system broken The recent approval of Zimbabwean diamonds mined from the $800bn Marange fields by the Kimberley Process (KP) chair, the DRC's Mathieu Yamba Lapfa Lambang, has prompted a global "human rights" outcry with KP members such as Canada, the EU, and the US claiming there was "no consensus". Meanwhile, other countries like China (the world's fastest growing diamond consumer market), and India (which cuts and polishes 11 of 12 stones) have all given the green light to Zimbabwe, removing any potential problems of surplus minerals from Marange, which has been described by Zimbabwean Finance Minister Tendai Biti as "the biggest find of alluvial diamonds in the history of mankind". With potential revenues pegged at $1-1.7bn annually, the support of neighbouring governments like South Africa, another major diamond producer, and "host" country to 3 million Zimbabwean political and economic "refugees", is not surprising. Governments given a free pass No matter. De Beers funds African conflicts

Hearts In Harmony | Love That Lasts Forever In our expert love advice newsletter, you’ll learn: One word that stops a fight in its tracks How we accidentally push love away, even when we are trying to get closer The single biggest catalyst for change in love and life Why you’ve been attracting bad relationships – and how to finally break the cycle, even if it’s been happening for years 2 signs you are secretly afraid of love How to eliminate fighting, blame and criticism from your relationship… forever What to do if you or your partner is attracted to someone else The real root of commitment fears, and how to know if it's happening to you or your love Why you keep experiencing heartbreak, and step by step secrets to finding genuine love Are you tired of the endless fighting, disappointment, finger-pointing and heartbreak in your love life? Do you long for something more... something deeper, more intimate and more connected?

Labor Rights Now! Value Your Health? Here Are Seven Foods You Should Never Consume by DailyHealthList 1. Canned Tomatoes Danger of BPA Of all fruits and vegetables, tomatoes fare the worst when stored in cans. This is because tomatoes are very acidic and the acidity will cause the chemical that lines the cans to permeate into the food. Consumer Reports’ latest tests of canned foods, including soups, juice, tuna, and green beans, have found that almost all of the 19 name-brand foods we tested contain some BPA. Background: BPA is a toxic chemical linked to reproductive abnormalities, neurological effects, increased risk of breast and prostate cancers, diabetes, heart disease and other serious health problems. Aluminium Poisoning When food is stored in an aluminium can, over time, it will gather some of the aluminium that it is stored in. To avoid the toxic BPA, avoid canned foods completely and consume fresh fruits and vegetables. 2. © Unknown This is the biggest study ever done on processed meats and was funded by monies contributed from the general public. 3. 4. 5. 6. 7.