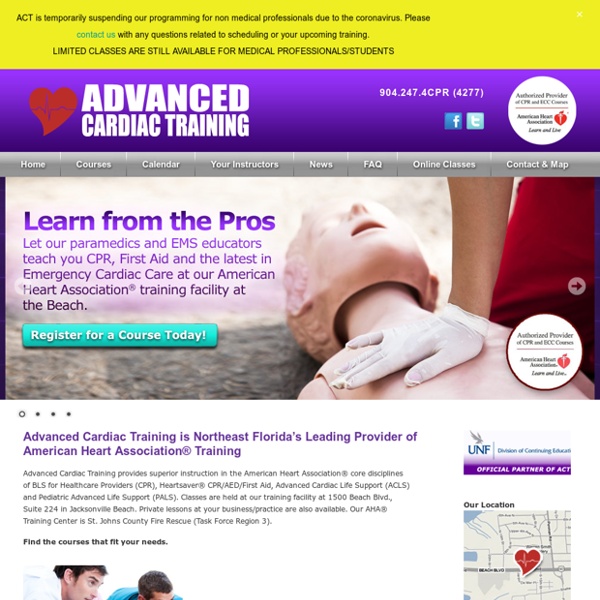 German scientist Özlem Türeci was focused on cancer, then came COVID-19. It was her 'duty' to help develop a vaccine. Gov. Andrew Cuomo watches ICU nurse in New York City be among the first people to receive the first dose of the Pfizer/BioNTech COVID-19 vaccine. Storyful United Kingdom sees spike in coronavirus cases, second lockdown may be looming The United Kingdom’s top health official told reporters on Friday that he was unable to say if the country will mandate a second coronavirus lockdown due to a recent surge in cases. “I can’t give you that answer,” Matt Hancock, the health secretary, said, according to Reuters. He pointed out that the number of people in the hospital “is doubling every eight days” so he said it is imperative that health officials take the proper precaution. Fauci would bet on effective and safe coronavirus vaccine by November or December The report said that the cases began to increase there since September and recorded 4,000 positive tests last week. Most of Europe has seen a trend upward.

The government still doesn't know how many nursing homes have coronavirus outbreaks WASHINGTON — On April 19, Medicare Administrator Seema Verma took the podium at the White House's daily coronavirus briefing to announce that the Trump administration would begin tracking outbreaks and deaths at long-term care facilities nationwide — and publish the numbers for everyone to see. The effort would begin within days, federal officials promised. More than two weeks and 13,000 long-term care deaths later, the federal government still has not tallied the number of nursing homes that have had outbreaks nationwide or the number of residents who have died. And the data is still weeks away from being made public, according to the Centers for Medicare and Medicaid Services, or CMS, the federal agency that oversees nursing homes. A spokesperson for CMS defended the agency's data collection efforts in a statement to NBC News.

Fort Walton Beach Vacation Rentals Fort Walton Beach Property ManagementAbout UsVacation GuideContact Us Hours Mon - Fri: 9AM - 5:30PM Sat, Sun: 8AM - 3PM Emergency: 24x7 Fort Walton Beach Vacation Property Management Services in Florida iTrip Vacations Fort Walton Beach serves vacation rental homeowners in Okaloosa County, including Okaloosa Island. Homeowners who list with iTrip receive: Congress is getting ready for a fight over who will fill RBG's seat as McConnell vows to have a vote on Trump nominee "President Trump's nominee will receive a vote on the floor of the United States Senate," McConnell, a Kentucky Republican, said in a statement Friday evening that sets GOP lawmakers on a collision path with Democrats, though the exact timing of such a fight -- in particular how much of it would happen ahead of or after Election Day -- was not immediately clear. Senate Majority Whip John Thune, the number two GOP senator, backed McConnell, saying in a statement of his own, "I believe Americans sent a Republican president and a Republican Senate to Washington to ensure we have an impartial judiciary that upholds the Constitution and the rule of law. We will fulfill our obligation to them.

Angry tweets and mocking videos: China attempts to shape coronavirus narrative online As the blame game about the coronavirus pandemic continues to heat up between the United States and China, senior Chinese officials have taken to English language social media platforms to both fend off and make accusations about its spread. Although Twitter is blocked in his homeland, Hu Zhaoming spokesman of the International Department of the ruling Communist Party, joined it last month. He has since become a vocal member of the microblogging site, posting a series of pointed tweets about President Donald Trump and the response to the virus in Europe and other countries. China's ambassadors from France to South Africa have also utilized official embassy accounts to respond to criticism that their homeland had been too slow in its initial response to the virus, which originated in the city of Wuhan late last year. So far, the virus has killed more than 269,000 people globally, according to Johns Hopkins University data. "We have discovered a new virus," the warrior says.

'A historic event for humanity': US reaches turning point in fight against COVID-19 as FDA authorizes Pfizer vaccine In what is hoped to be the beginning of the end of America's COVID-19 pandemic, the U.S. Food and Drug Administration on Friday night authorized the first vaccine to prevent the disease. The vaccine, developed by Pfizer and its German partner BioNTech, appears to be extremely safe and highly effective. It was developed faster than any previously approved vaccine in the United States – not by compromising safety or accepting a mediocre vaccine as some feared – but by spending billions of taxpayer dollars and taking advantage of recent scientific advances.

AT&T thinks you might watch ads in exchange for a cheaper phone plan "I believe there's a segment of our customer base where given a choice, they would take some load of advertising for a $5 or $10 reduction in their mobile bill," Stankey told Reuters. AT&T confirmed those comments to CNN Business. (The phone carrier owns CNN's parent company, WarnerMedia.) The new plan could come as early as "in a year or two," he told Reuters. Seattle will keep streets closed for exercise during lockdown vehicle-free for good Seattle Mayor Jenny A. Durkan said Thursday at least 20 miles of streets closed to allow people under stay-at-home orders to get some exercise would remain permanently off-limits to vehicles. "People have more ways to get out safely and get out and walk and bike," she said at a news conference. The blocks are part of a program, launched April 17, called Stay Healthy Streets.

The best stock in the S&P 500 is 105-years old Carrier is up a stunning 143% on the year, easily making it the top stock in the S&P 500, according to a tally by Refinitiv. The next-closest company, red-hot chipmaker Nvidia(NVDA), is well behind with a 119% gain. The blockbuster returns for Carrier, a leading manufacturer of heating, ventilating, air conditioning (HVAC) systems, are linked to the pandemic. Americans stuck working from home have rushed to upgrade their aging HVAC systems, especially during the sizzling summer months. And schools, office buildings and malls hoping to lure nervous Americans out of their homes are doing the same. Georgia Gov. Brian Kemp calls video of Ahmaud Arbery's fatal shooting 'absolutely horrific' ATLANTA — Georgia Gov. Brian Kemp, in his first public comments about the fatal shooting of an unarmed black man in late February, called the videotaped slaying "absolutely horrific" Thursday. Before briefing reporters on the state's efforts to curb the coronavirus, Kemp said Georgians "deserve answers" about the killing of Ahmaud Arbery, who was gunned down Feb. 23 in Brunswick, a coastal city about midway between Savannah, Georgia, and Jacksonville, Florida. A neighbor captured video of the fatal confrontation in which white men confronted Arbery. They told police they believed he was a burglary suspect.

COVID-19 vaccine, US Women’s Open tees off, Hanukkah begins: 5 things to know Thursday FDA to consider emergency use authorization for COVID-19 vaccine; US exceeds 3,000 deaths in a day A U.S. committee crucial for clearing a COVID-19 vaccine will hold an all-day meeting Thursday, and depending on how it votes, the nation's first doses could ship as early as Friday. The U.S. set a record for COVID-19 deaths reported in a day Wednesday — 3,124, a single-day toll worse than 9/11. The committee will review data from Pfizer and German startup BioNTech on their vaccine, called BNT162b2, and by day's end will vote whether the U.S. Food and Drug Administration should authorize the country’s first COVID-19 vaccine. Louisville protesters grab signs, shields other supplies from U-Haul truck: video Protesters in Louisville, Ky., grabbed signs, shields, water and other supplies from a U-Haul truck that pulled up near Breonna Taylor protests Wednesday, according to video and reports. Some of the signs had anti-police slogans like “Abolish the police” “Abolition now” and “F12," acccording to video shot by a TownHall reporter. After a Kentucky grand jury opted to indict only one of the three Louisville police officers Wednesday in the raid that led to Breonna Taylor's death earlier this year, protests erupted in the city and other around the country Wednesday night. At least two police officers were shot in Louisville, police confirmed. Both officers suffered non-life-threatening injuries.