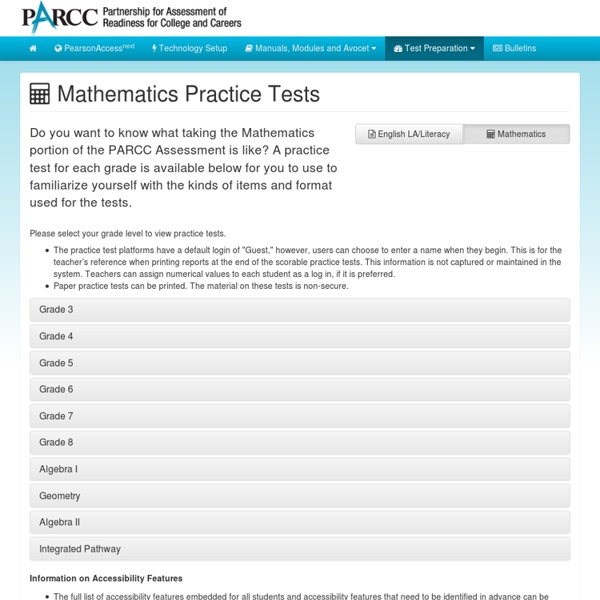 2015: The year of curriculum-based reform? You may have missed it over the holidays, but NPR ran a fascinating profile of Jason Zimba, one of the primary architects of the Common Core math standards. The piece, by the Hechinger Report’s Sarah Garland, an exceptionally thoughtful education reporter, traces Zimba’s career from Rhodes scholar and David Coleman’s business partner to “obscure physics professor at Bennington College” and unlikely standards bearer for the math standards that he had so much to do with creating. Garland makes much of the fact that Zimba spends Saturday mornings tutoring his two young daughters in math. Some will surely see irony in Zimba feeling compelled to supplement what his kids learn in school with breakfast-table math lessons—more schadenfreude for Common Core critics—but there is no irony. “The achievement gap,” she said, turned out to be “even wider than we thought it was. Achievement First isn’t the only closely watched CMO that’s getting serious about curriculum, content, and what kids learn.

What makes a good Common Core math question? By Emmanuel Felton Both the math and English Common Core standards have their share of critics but it’s math that gets special condemnation, as the new problem worksheets land on kitchen tables across the country. Parents are taking to the Internet to air their frustrations by posting puzzling problems from the new standards. And even writers of the Common Core – a set of standards in math and English adopted by over 40 states – have agreed some of the questions were a bit bizarre and say teachers should also send home traditional problems. So the question on the minds of many of the educators who gathered for the 25th annual conference of the Association of Mathematics Teachers of New Jersey was, what does a good common core question look like? The answer, according to many presenters, is to pose them with enough ambiguity to require students to think creatively to problem solve. RELATED: Why is this Common Core math problem so hard?

Where Is Your Homework Grade Now? The Photomath app can solve simple problems just by looking at them. Rhett Allain Do you have math homework? Are you in a hurry to finish that page of 30 algebra problems? Worry no more, check out this app – PhotoMath. But won’t students just use this to cheat on their homework? Yes. Really, the only new thing here is that the level of effort to cheat has been reduced. Why is this app a good thing? Let me start with an analogy. Yes. The motorcycle is the PhotoMath app (and others like it). Let’s focus on the problems that only humans can solve. I hope you don’t get the wrong idea. There are other problems besides these tedious types that the PhotoMath app can solve. There.

Algebra LAB Finding Overlap in the Common Math, Language Arts, and Science Standards A few years ago, Tina Cheuk, a project manager for the Understanding Language initiative at Stanford University, woke up one morning, printed out several new sets of standards, and started cutting. "I was frustrated," she said in a phone interview yesterday. Looking at the Common Core State Standards in English/language arts and math, along with the framework that would become the Next Generation Science Standards, she said, "I felt overwhelmed. And that was my full-time job looking at standards." Cheuk, a former teacher, saw patterns in the standards and began organizing them accordingly. She came up with this Venn diagram, which shows how the practice standards overlap (you can also find it, with a key, here): With the common standards, "there are changes in the content—it's deeper, more focused—but it's these practices I think that are going to move our students," Cheuk said. The diagram is not exactly new—it was last updated over a year ago.

Developing brains switch maths strategies Philippe Lissac/Godong/Corbis Children develop more efficient strategies for tackling maths problems as their brains mature. For most adults, adding small numbers requires little effort, but for some children, it can take all ten fingers and a lot of time. Research published online on 17 August in Nature Neuroscience1 suggests that changes in the hippocampus — a brain area associated with memory formation — could help to explain how children eventually pick up efficient strategies for mathematics, and why some children learn more quickly than others. Vinod Menon, a developmental cognitive neuroscientist at Stanford University in California, and his colleagues presented single-digit addition problems to 28 children aged 7–9, as well as to 20 adolescents aged 14–17 and 20 young adults. Committed to memory The researchers saw this developmental change begin to unfold when they tested the same children at two time points, about one year apart. Connections that count

Math concepts + teamwork = big gains at struggling Renton school | Education Originally published July 14, 2014 at 8:54 PM | Page modified July 16, 2014 at 10:02 AM Nearly three years ago, Elham Kazemi stood before teachers at Lake­ridge Elementary with more bad news about their students’ math skills. The teachers at the Renton School District school already knew they had a big problem. The year before, fewer than 10 percent of the third- and fifth-graders passed state math tests, which put Lakeridge in the bottom 5 percent of elementary schools statewide. But Kazemi, a University of Washington professor, had more distressing details. When she and her colleagues asked students to solve a half-dozen word problems, most just added numbers together, even if the problem asked them to subtract or multiply. Only a very few fifth-graders could solve problems with the skill that, in other schools, was common in third or even second grade. “It wasn’t just some students struggling,” Calabrese said, “it was nearly all of them.” Labeled as failing Ideas from students That did it.

Exploring with Math Trails: Using Pictures to Expand Students Awareness of the World Math is all around us. Finding opportunities for students to see the math around them can be accomplished with math trails. There are two types of math trails. The first, a virtual math trail, uses pictures from a particular area. A math trail, whether presented in pictures or in person, should tell a story of the area. Although the information contained within this activity will concentrate on a virtual math trail, an on‑location math trail can be developed in the same way. The following example of a virtual math trail of Mackinac Island, in Michigan, uses pictures to describe some of the history of the area as well as to illuminate mathematical concepts. Math Trail of Mackinac Island Images for Mackinac Island The Grand Hotel is one of the first things you see as you approach Mackinac Island. Based on this picture and information, you could ask any of the following questions; moreover, based on a brief discussion of the picture, students could generate questions similar to those below.

10 Apps for Math Fluency There are so many ways to use mobile devices with students. You can create interactive textbooks for children to read, ask them to explain their thinking through screencasting or help them access informational text using QR codes. Mobile devices can also be used to help students practice foundational math skills and build their math fluency. In order for students to tackle the multi-step word problems they'll be asked to solve as early as elementary school, they need to have mastered their addition, subtraction and multiplication facts. By answering 4 + 12, 15 - 5, 9 x 7 and 18 / 3 quickly and accurately, students can focus on reading word problems to figure out what the question is asking them to do. There are tons of fun apps that help children build their math fluency through games and flashcards. Operation Math (iOS - $2.99, Android - $1.99) This app turns your students into secret spies that will travel around the world on different missions. Sushi Monster (iOS - Free)

The Mathist & Google Drive | The Mathist Nowadays, Google Drive means a great opportunity for teachers and students to embrace the 4Cs of 21st century education – communication, collaboration, critical thinking and creativity. We found this really inspirational and creative pin-board that illustrates some of the best ways to use technology to your advantage in the classroom: Lets dive into the features that can boost your productivity and help you seize the day with your students. We promise it is going to be easy and fun. Here are some good practical suggestions on how to use Google Drive in your classroom. We strongly believe that such technologies will transform the ways we teach, study and work together. Like this: Like Loading...

A Really, Really Cool Website For Students Who Think They Hate Math The best resource for a student that thinks they hate math is a great teacher. But what about the best resource for that teacher? Beyond an active imagination, ability to relate to students, and an incredibly strong content knowledge themselves, it may not get much better than Numberphile . While the site is simple a crudely interactive graphic with links to videos, it has, in one fell swoop, creatively curated some of the most compelling and engaging “problems” in mathematics. From Benford’s Law to French Numbers, to whether or not zero is an even number, it frames the content area of math–which is often riddled with rote practice of very traditional arithmetic and formulas–in a problem-based learning kind of approach. Fantastic resource for bell ringers, test questions, math project-based learning ideas, or as a model for students to curate their own curiosities about the incredible–and poorly marketed–world of mathematics.