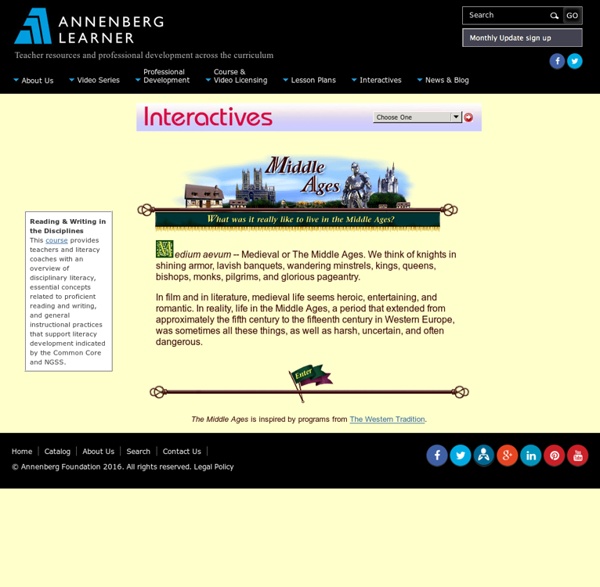 Secrets of Lost Empires | Medieval Siege Welcome to the companion Web site to the NOVA program "Medieval Siege," scheduled for broadcast on January 24, 2006. In the film, which is a part of the NOVA series Secrets of Lost Empires, a team of timber framers and other specialists design, build, and fire a pair of trebuchets, a devastating engine of war popular in the Middle Ages. Here's what you'll find online: Medieval Arms Race The trebuchet was only the most frightening of the weapons early European warriors employed in siege warfare. They also relied on battering rams, siege towers, tunnels - anything to gain access to a castle. Medieval Arms Race | NOVA Builds a Trebuchet | Life in a Castle Destroy the Castle | Resources | Transcript Medieval Siege | Pharaoh's Obelisk | Easter Island | Roman Bath | China Bridge | Site Map NOVA Online | Editor's Picks | Previous Sites | Join Us/E-mail | TV/Web Schedule About NOVA | Teachers | Site Map | Shop | Jobs | Search | To print © | created January 2000

A Medieval Mystery This lesson is suitable for KS3 History Unit 19: 'How and why did the Holocaust happen?' and could also be used to support Citizenship at KS3 Unit 4: 'Britain - a diverse society?'. The cartoon depicts the profoundly negative way in which Jews were viewed in 13th century England. There are a number of figures in the cartoon that we can identify: Isaac fil Jurnet Isaac fil Jurnet was one of the richest Jews in England and certainly the richest Jew in Norwich, where he and his family had lived for a number of generations. Isaac was the chief money-lender to the Abbot and monks of Westminster. Isaac is pictured with a triple beard to associate him with the devil and suggest sexual excess. Mosse Mokke Mosse Mokke worked for Isaac, collecting the money owed to him. Abigail Another well known figure in medieval Norwich was Abigail, or Avegay, who some said was the wife of Mosse Mokke. The Devils Finally, there is a reference to a devil named Mammon.

Myths About the Middle Ages When you think of the Middle Ages, chances are you picture gallant knights sitting astride brilliant destriers galloping through a sea of plagues, ignorance, and filth. And you can hardly be blamed for that, when everything from the movies you watch to your high school history teacher (who was mainly the football coach) has told you that ... #6. Scientific Progress Was Dead Getty The Myth: They call it the Dark Ages for a reason. Getty"No, we can't cross the ocean there, don't you see that sea monster in the way?" The Reality: Aside from the fact that, as we've already explained, most people in the Middle Ages did not think the Earth was flat, the church wasn't responsible for killing science -- to the contrary, it was largely responsible for saving it. After the barbarians invaded Europe and Rome went the way of the dinosaurs, the Catholic church was the last remaining aspect of Roman culture in Western Europe. SjuPfft, like people are going to want to learn a whole other set of characters.

Medieval City Careers What did people do in the Middle Ages? If you meet a random person on the street, what is his likely occupation? Or did people work at all? Were the Middle Ages some Communist utopia, where everybody laid around all day and things were magically produced by fairies? Of course not. In the following list, I have made a link to the online version of Webster's Dictionary, so you can find out what things are. Is there something on this page you'd like to see that isn't here? Open Questions This site gets me a fair few questions via email, many of which I can just answer. currently none! If you can answer any of these, or even have some clues, mail me. Governmental Occupations These are the people who run things. bailiff - the man who makes arrests and executions. Military Occupations Who keeps the country safe from encroaching enemies and wild monsters? Criminal Occupations Wherever there is society, there are criminals. Religious Occupations Priests are relatively common in role playing games.

Medieval Demographics The Domesday Book Penned by Brandon Blackmoor, based on Medieval Demographics Made Easy by S. John Ross Here is subscribed the inquisition of lands as the barons of the king have made inquiry into them... <p>Forsooth, thy browser is truly antiquated! Thou canst not access this web site with a browser such as thine. Land Mass The population density of , due to factors such as climate, geography, and political environment, is persons per km2 . occupies km2 ( hexes, each km across and roughly km2 in area). Population 's population is approximately persons. residents are isolated or itinerant. residents live in villages. residents live in towns. residents live in cities. residents live in big cities. The average distance between villages is km. supports Universities. supports head of livestock: fowl (e.g. chickens, geese, ducks). dairy and meat animals (e.g. cows, goats, pigs, sheep). Large population centers of any scale are the result of traffic. Castles and Fortifications Towns and Cities

Life In The 18th century By Tim Lambert Society in 18th Century Britain In the late 18th century life the industrial revolution began to transform life in Britain. Until then most people lived in the countryside and made their living from farming. By the mid 19th century most people in Britain lived in towns and made their living from mining or manufacturing industries. From 1712 a man named Thomas Newcomen (1663-1729) made primitive steam engines for pumping water from mines. Meanwhile during the 1700s Britain built up a great overseas empire. Owning land was the main form of wealth in the 18th century. Below them were the great mass of the population, craftsmen and laborers. In the early 18th century England suffered from gin drinking. At the end of the 1700s a group of Evangelical Christians called the Clapham Sect were formed. The history of English society Population in 18th Century Britain At the end of the 17th century it was estimated the population of England and Wales was about 5 1/2 million. Home

Religion in the Middle Ages The Catholic Church The Catholic Church was the only church in Europe during the Middle Ages, and it had its own laws and large coffers. Church leaders such as bishops and archbishops sat on the king's council and played leading roles in government. Bishops, who were often wealthy and came from noble families, ruled over groups of parishes called "diocese." As the population of Europe expanded in the twelfth century, the churches that had been built in the Roman style with round-arched roofs became too small. Monks and Nuns Monasteries in the Middle Ages were based on the rules set down by St. Monks went to the monastery church eight times a day in a routine of worship that involved singing, chanting, and reciting prayers from the divine offices and from the service for Mass. Pilgrimages Pilgrimages were an important part of religious life in the Middle Ages. The major Cathedral Centres of the Middle Ages Beauvais The cathedral at Beauvais (St. The current nave was begun in 1373.