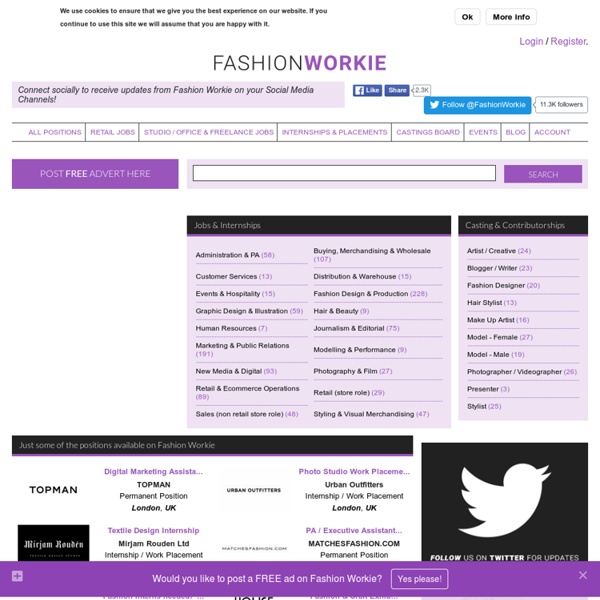 How to: Get a job in the music industry - The Big Music Project Very few industries are more exciting to work in than the music industry. We’re not saying that it is all glitz and glamour – it’s hard work, more so now than ever! We know that it isn’t always easy to get your foot in the door of the industry – but it is possible. First and foremost, it is important to be clear about the role you want within the industry and work towards the skills required to fulfil it. Proving that you have the enthusiasm to learn more and adapt in an industry which is constantly changing and innovating will also help. Like any other industry, the record industry wants to recruit and retain the very best talent from within the worlds of digital, marketing, A&R, communications, sales, and much more. There is no magic formula for getting that dream job, but you can help yourself along the way. 1. Don’t just say that you want to work in the music industry – identify the skills you have and the way in which you could apply those to a job in the business. 2. 3. 4. 5. 6. 7.

Jobs in art & culture | Arts Job Finder £40,000 - £40,000 (pro rata) Closing date: 08 May 2017 TVA seeks a dynamic and ambitious new CEO to lead the organisation in an exciting period of growth and transition. Wysing seeks a new Chair of Trustees who is passionate about art and culture and who will work to ensure that Wysing’s visibility as a unique site of art production and experimentation is understood and appreciated nationally and internationally. £27,668 - £31,601 (per annum) Closing date: 23 Apr 2017 Rugby Art Gallery and Museum has an exciting opportunity to welcome a person with visual art curatorial experience to our friendly team. Northern Heartlands Great Place Scheme £45,000 - £45,000 (per annum) Closing date: 24 Apr 2017 We are seeking a Director to take responsibility for the overall management and successful delivery of the Northern Heartlands project, to manage the staff team to deliver the programme and to drive the partnership forward. £35,000 - £35,000 (per annum) Closing date: 18 Apr 2017

Acting auditions, TV & Film Production jobs, Acting jobs, UK AMERICAN THEATRE | Whitewash ‘In the Heights’? Chicago, You Can Do Better Samantha Pauly with the cast of "Evita" at the Marriott Theatre. (Photo by Liz Lauren) Last week, Chicago’s Porchlight Music Theatre released the cast list for its upcoming production of In the Heights, Lin-Manuel Miranda and Quiara Alegría Hudes’s musical set in the predominantly Latino neighborhood of Washington Heights in New York City. Almost immediately, a number of people noticed that while a majority of the cast featured Latinos, the show’s lead and narrator, Usnavi—an immigrant from the Dominican Republic played by Miranda in the original Off-Broadway and Broadway productions—will be played by a white actor, Jack DeCesare. This news follows another Chicago casting controversy from earlier this year, when Marriott Theatre announced the cast for its production of Evita, a show set in Argentina, that featured only one Latino actor. As is customary these days, artists and activists immediately took to social media and to blog posts to vent their dissatisfaction. Edited to add.

Working Title Films BFA Acting | Bachelor of Fine Arts | New York Film Academy New York Film Academy’s three-year bachelor's degree in acting for film is for highly motivated students who would like to enter an intensive, hands-on professional course of study. By completing the bachelor's degree in three years, students: Save one year of expenses Enter the field of their choice a year early The Academy makes this accelerated schedule possible by creating an extended academic year, allowing students to complete three full-length semesters in each calendar year. Students may also choose to complete the program in a traditional four-year time frame. New York Film Academy BFA in Acting for Film degree programs are offered at our Los Angeles and South Beach Campuses. Qualified students have the option of completing course work at the New York Film Academy’s acting school in New York City in a one-year non-degree program and then applying their course work to be accepted for advanced standing in the BFA Acting for Film degree program.