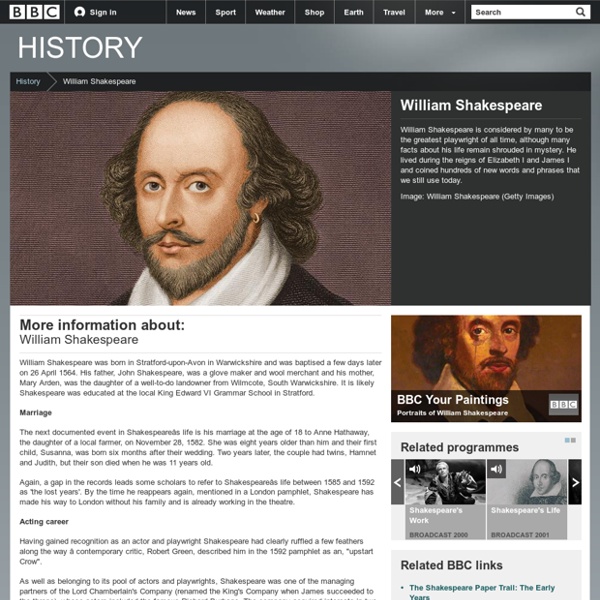 How to make Shakespeare easy for English language learners Have you ever had difficulty relating Shakespeare to learners of English? Tutor and resource writer Genevieve White comes to the rescue, in time for Shakespeare Day and English Language Day today. Last year, I wrote an article extolling the joys of teaching Shakespeare to learners of English and outlining the reasons why teachers should bring the Bard into the classroom. Some of the comments I received on this post suggested that the linguistic challenges presented by sixteenth-century English are just too great to overcome. It is true that Shakespeare’s texts may present difficulties for contemporary readers, particularly those who do not have English as a first language. Make it attractive from the start Begin by piquing your learners’ interest. One of my own personal Shakespeare favourites is his famous tale of revenge, deceit and jealousy: Othello. In the past, I have introduced my learners to the story and its characters with a trailer. 1. 2. 3. So, be not infirm of purpose!

Welcome to Shakespeare High: Your Shakespeare Classroom on the Internet! HIGH: used in composition with adjectives to heighten or emphasize their signification, as, high- fantastical HIGHT: called HILD: held HILDING: a paltry fellow HINT: suggestion HIREN: a prostitute. with a pun on the word 'iron.' HIT: to agree HOISE: to hoist, heave up on high HOIST: hoisted HOLP: to help; helped HOME: to the utmost HONEST: chaste HONESTY: chastity HONEY-STALKS: the red clover HOODMAN-BLIND: the game now called blindman's-buff HORN-MAD: probably, 'harn-mad,' that is, brain-mad HOROLOGE: a clock HOT-HOUSE: a brothel HOX: to hamstring HUGGER-MUGGER: secrecy HULL: to drift on the sea like a wrecked ship HUMOROUS: fitful, or, perhaps, hurried HUNT-COUNTER: to follow the scent the wrong way HUNTS-UP: a holla used in hunting when the game was on foot HURLY: noise, confusion HURTLE: to clash HURTLING: noise, confusion HUSBANDRY: frugality Management HUSWIFE: a jilt

Essential knowledge and literary terms for understanding Shakespeare. An Award winning You - you- your- your formal and distant form of address suggesting respect for a superior or courtesy to a social equal. Thou - thee - thy - thine informal and close form and can imply either closeness or contempt. Gertrude: Hamlet, thou hast thy father much offended. "Ye/you" or "thou/thee" sometimes show social classes, too. Falstaff: Dost thou hear, hostess? It can be insulting if it was used by an inferior to address a superior social rank.

Shakespeare Insult Generator: Thou Shall Say It Like Shakespeare Advertisement How would you like to be able to whip out a Shakespeare insult on the fly whenever necessary? This is such an oldie but a goodie. Even though reading Shakespeare might be more painful than poking your eyeballs out with an ice pick, the words in those books are kinda funny. It’s easy to use. There are a few people who have taken this rank elf-skinned clack-dish and turned it into an online version. Ten ways in which Shakespeare changed the world Back in 2012, the British Library displayed a rare book that attracted as much media attention as a Gutenberg Bible. It was a mass-produced edition of a text once owned by Nelson Mandela, inked with his pen. Mandela had kept this volume by his bedside for more than 20 years and it had sustained him through his darkest hours on Robben Island. Sometimes he had read aloud from it to his cellmates. It was not scripture, but its sacred characters – from Hamlet to Prospero – had often been a source of inspiration. Mandela, son of a Xhosa chief, was born and grew up in Transkei, 6,000 miles from Britain. That heartfelt response is, perhaps, Shakespeare’s most astonishing achievement. Shakespeare’s double life, as both an English and a universal artist (poet and playwright), begins with the First Folio of 1623. This dynamic duality runs throughout Shakespeare’s life and work, making him an androgynous and timeless shape-shifter who is impossible to pin down. Language Modern man “Who’s there?”