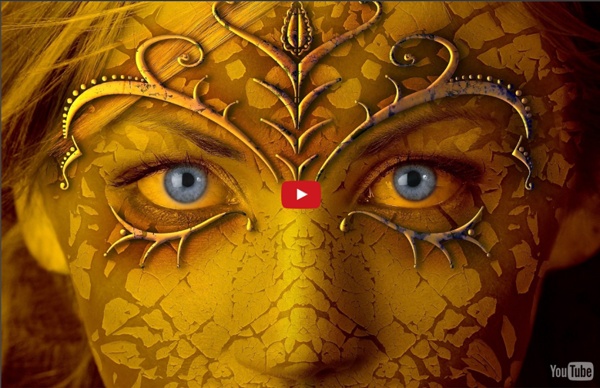 From JFK To 9/11: Everything Is A Rich Man's Trick (2014) Everything is a Rich Man's Trick, written by Francis Richard Conolly.After years of research into the JFK Assassination he realized that the conspiracy was much deeper and wider reaching than anyone had ever thought. The Hypnotic Meditation To Access Your Universal Wisdom Article originally written by Jennifer Sodini and published at www.collective-evolution.com About a year ago, after a synchronistic meeting, I was introduced to “hypno-coach” (hypnotherapist/life coach) Grace Smith. I had always been fascinated by hypnosis and its potential, however, I was never really certain how it worked, or if it could work for me. Being interested in past lives, but not having a solid opinion on the matter, getting a past life regression (in particular) was something I had always dreamed of experiencing. One day, Grace was visiting my town, and we opted to swap services; I read her tarot in exchange for a “Soulkey” hypnosis session. Soulkey therapy was developed by a friend and mentor of mine, Martin Peterson. What this means is that, often times, clients with diverse backgrounds and very little in common on the surface, share deeply similar experiences during their Soulkey sessions, without having any prior knowledge of what to expect. According to Grace:

The Indelible Mark of the Indigo It is said that Indigo children are angry at the world and they are like royalty when they live in the world. It is also said that they don’t like tradition and like to bend the rules for a higher cause. This writer believes some things they say about indigos are stereotypes as they try to put everything in a box. It is true they can be mad about the world, but is it the only approach to life? At birth, they may be surrounded by energies that don’t meet their frequency and they may be frustrated. They are trailblazers and are set to heal the world. Many of them are upset at what is in the foods, they aim to reach the heights of spirituality, but the truth is they are human like us and we can learn from them. The main lesson they need to learn is that being angry about the world doesn’t solve the world’s problems. It doesn’t matter how much you make, you may make a little money, but is wealth important any- way. This best describes the transition. This is the spirit of the Indigo.

Mexican Government Says Aliens Are Real, American Government Covering It Up Personally I don’t know when this video was actually aired but it is pretty remarkable to say the least, not just because of the very frank announcement, accompanied with reputable evidence, but also because this was actually aired on mainstream media! Unfortunately the quality is terrible but the audio content is incredible, and clearly explains to us what is going on. For a government to release this footage to the public is mind boggling, and who ever was responsible for this release I can only imagine what may have been their fate. As the analyst clearly explains, disclosure is coming, which has been voiced by many alien researchers not for years. Below you can also watch a hearing on public disclosure from high ranking government officials, military men and astronauts all calling for the government to come forward and admit the existence of aliens; The Citizen Hearing on Disclosure took place from April 29 to May 3, 2013 at the National Press Club in Washington, DC.

The Law of Attraction and The Ego By Mandy Peterson When the Law of Attraction surfaced in a pop culture way, it brought a lot of hope to many people that we could begin to control our circumstances. Though this is true, many of us are beginning to find that this process is not as easy as simply applying affirmations. There is also more that we can consider as “thought.” Thoughts are everywhere, after all; conscious ones, unconscious ones, personal ones, collective ones, etc. Many of us also have never stopped to ask ourselves “Why do my thoughts want what they want?” Part of the problem is that when people started hearing, teaching, and promoting some of these concepts of attraction and manifestation, they got twisted in order to accommodate our present lifestyles. Men who had not fully awakened became teachers of metaphysical concepts. It's Good Karma to Share:

The Twin Soul Journey - Page 3 of 4 One should be careful not to believe all that is written or said, as you will feel something is missing. The search for answers continues in earnest. You should look at the synchronicities you shared and what you have in common. How did you meet? What experiences did you share while you were physically together? Many twin souls have met in the strangest of situations; they have different cultural backgrounds and religions as well as big age differences, but always have the feeling of knowing each other. The spiritual awakening is one of cleansing and purifying the very core of oneself. There comes a time when we are able to be in the zero point of consciousness. The twin soul / twin flame journey is not a relationship in the typical definition. It's Good Karma to Share:

Are Empaths Actually Communicating Telepathically? In this article I am going to explore a concept on why I think we are able to feel other people’s emotions or in other words what new agers would call being an Empath.I am going to present coordinating information to support empathy from a scientific-psychic perspective. If you are not familiar with the word Empath, it is a shortened name for being empathetic to an extreme. For example, walking into a room and feeling other people’s emotions or being able to connect to someone else’s emotions with such intensity that it changes your own emotional state. Where empathy is feeling and being able to relate to someone telling a story to you, being an Empath is knowing and feeling the story before someone even shares it with you. A psychic form of connection with your environment and the people around you.So my theory, you ask?Are Empaths actually telepathically communicating with others through emotions? Artwork by Justin Bonnetwww.justinbonnet.com

Experience the Shift that Ends all Fear Could fear be something that is only felt by our egos? What is the ultimate fear of the ego and how can I use that knowledge to free myself of all my fears through meditation? The Ego is ultimately afraid of death. Not death of the body but death of itself. Experiencing the death of the ego is often seen as a very scary event. The ego cannot experience oneness reality because it is the tool we use to understand and experience separation. Once you enter the realm of absolute oneness the ego will often freak out because it has no concept or ability to experience what it is going through. If you fractal this concept back down into every day life it is the same thing. The trick that Shunyamurti talks about in the video below is that we need to remember that we are not the “me” experiencing fear. That is where we will find peace and be one again with our soul. Enjoy this video and let us know in the comments below what you think about fear, the ego, and oneness consciousness.

Listening to the Voice of the Universe - Page 3 of 3 Another way to get in touch with your inner voice is by asking your body. Become familiar with the physical sensations your intuitive nudges create. Ask a question and tune into your physical side. The voice of the Universe is speaking and it is speaking to you. When you open your eyes to the world around you and begin to understand the language of the Universe, you transform your life into a magical one. It's Good Karma to Share: Continued Research Supports the Theory that Water has Memory and Consciousness Most of us already know at least something about the amazing nature of water and its ability be imprinted by thoughts, intentions, images and sounds thanks to the late and legendary Masaru Emoto. In case you haven’t heard, through his experiments Emoto demonstrated that water will actually change its structure at the molecular level according to the stimuli it is subjected to. To show this, Emoto took various water samples and played different musical tones to it, subjected it to various types of music, thoughts from meditators, images, and even words. He found that without fail, harmonious sounds, images, and thoughts caused the water molecules to form beautiful and brilliant patterns whereas aggressive or negative input didn’t cause the water to form patters at all or if they did they appeared smashed or mutated. Now that research is being carried on by various other scientists. Check it out: Sources: bodymindsoulspirit.com Image Source