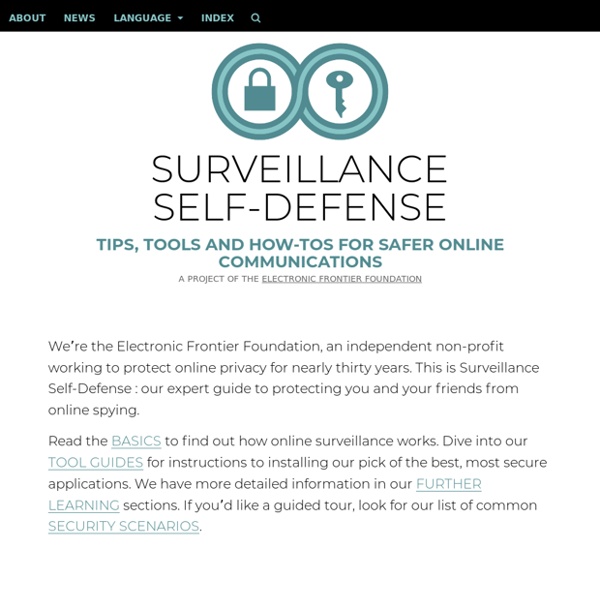 FBI Surveillance Hacks Android Devices, Laptops In recent months, Americans were aghast to learn that their phone calls were secretly being recorded and collected by a government agency, the NSA, when the extent of their indiscriminate wiretapping program was leaked to the public. But if you think that’s an invasion of privacy, you’d better hope the NSA never gets its hands on FBI surveillance techniques and tactics…such as the ability to remotely turn on the microphones in laptops and Android devices without you knowing it. How’s that for Big Brother? Because what’s a little espionage between family?

100 Search Engines For Academic Research Back in 2010, we shared with you 100 awesome search engines and research resources in our post: 100 Time-Saving Search Engines for Serious Scholars. It’s been an incredible resource, but now, it’s time for an update. Some services have moved on, others have been created, and we’ve found some new discoveries, too. HowToGeek Screencasting guide Screencasting can seem a bit daunting at first. Open Broadcaster Software is a powerful, free program that will do everything you need, but you’ll need a few minutes to learn its interface. Screencasts are often used to demonstrate how software works, but they can also be used to give presentations or do many other things. Creating your own screencast is easy, but Windows doesn’t include software to help. Screencasting 101: Using Open Broadcaster Software

Microsoft's Azure Moves into Internet of Things Microsoft’s Azure cloud platform is expanding into the Internet of Things with the IoT Suite, a convergence and expansion of Azure’s existing offerings. Some of its components have already been released, but will all be brought together under the Azure IoT suite name when it is released later this year. These services are designed for businesses transitioning into the digital space, including those incorporating remote monitoring, asset management, and predictive maintenance. The Azure Intelligence Systems Service was previewed in April 2014, but Azure’s IoT Suite will expand on its capabilities. It will also incorporate Azure Stream Analytics, currently in preview, which monitors real time data from devices in order to help businesses predict what trends might be affecting their industry next, as well as to automate services or responses.

Data Breaches and How to Secure Against Them Applications and operating systems are easily reinstalled. However, your data is quite a bit more unique. This means that it is the most critical thing that you have on your network or computer. You need to be vigilant about protecting that data from unauthorized access and especially from loss. There are many ways that you can do this and today we are going to take a quick peek at a few of those ways. SecureUSB

nodemailer Send e-mails from Node.js – easy as cake! Upgrade warning Do not upgrade Nodemailer from 0.7 or lower to 1.0 as there are breaking changes. You can continue to use the 0.7 branch as long as you like. See the documentation for 0.7 here. aGupieWare: Online Learning: A Bachelor's Level Computer Science Program Curriculum (Updated) Introduction [Update: See also the follow-up post to this piece, An Intensive Bachelor's Level Computer Science Curriculum Program.] A few months back we took an in-depth look at MIT’s free online Introduction to Computer Science course, and laid out a self-study time table to complete the class within four months, along with a companion post providing learning benchmarks to chart your progress. In the present article, I'll step back and take a much more broad look at com-sci course offerings available for free on the internet, in order to answer a deceptively straightforward question: is it possible to complete the equivalent of a college bachelor’s degree in computer science through college and university courses that are freely available online? And if so, how does one do so? The former question is more difficult to answer than it may at first appear. Yet, this does not mean that all the necessary elements for such a curriculum are not freely accessible.

Edward Snowden Provides Information on NSA Cyber Spying & Hacking to Hong Kong Newspaper Edward Snowden, the former National Security Agency (NSA) contractor who blew the whistle on secret US surveillance programs like PRISM, has provided details on United States government hacking and cyber-spying to a newspaper in Hong Kong. The South China Morning Post, which previously interviewed Snowden, was shown information that Snowden said indicated the US government had hacked into “Chinese mobile firms to steal millions of text messages.” He also showed the newspaper that Tsinhua University, which the Post describes as the “mainland’s top education and research institute,” was the “target of extensive hacking by US spies this year.”

Calming Your Biggest Fears About Industrial IoT Fear of the unknown has fueled a tremendous body of innovative works. Examples within the manufacturing realm could range from something as simple as a fuel gauge to complex modeling and software solutions focused on predictive maintenance and inventory management. In both instances, a desire to combat fear with knowledge was embraced as a solution. In contrast, these same fears can create an enterprise-wide state of paralysis that prohibits the integration of potentially game-changing procedures and technologies. The Real Science Behind Cracking Passwords b46f685f85e0af830d82ddbbe795eff3 By adding a unique salt, I can do something about that. I created a quick Javascript program that takes the user’s name, and pulls the first and last three letters from their username and makes them into a salt. Then, the program takes the salt, plus the user’s password, and runs them through the MD5 algorithm and produces the hash that will be their password. Take a look at the results below.