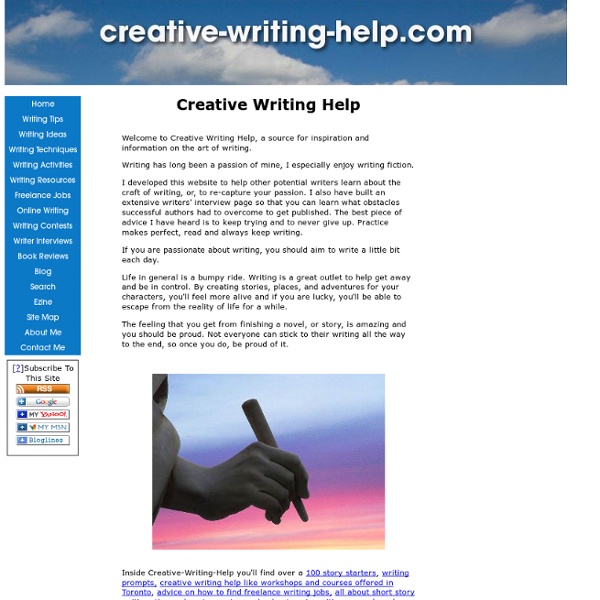 Writers Write untitled Fiction University untitled Robin Black How did you become a writer? I took a super circuitous route. Growing up, I wanted to be an actress and a singer, ambitions that I dropped the second I arrived at Sarah Lawrence and saw the theater kids there. They were so sophisticated, so cool, I nearly died of social anxiety, and gave up before I began. (My decision-making skills are not always the best.) In May, 2001, when I was thirty-nine, my father died. Fall 2001, I entered The Rittenhouse Writers group in Philadelphia, and July 2003, I entered the Warren Wilson MFA Program. Name your writing influences (writers, books, teachers, etc.). Allan Gurganus and Steven Schwartz are without question the teachers who have had the greatest influence on me. Authors who have influenced me include Virginia Woolf (of course!) When and where do you write? All the time and all over the house. What are you working on now? Have you ever suffered from writer’s block? That would be 1982-2001. And then, post 2001, it depends how you define it.

images (4) Karl Ove Knausgaard, the Author of 'My Struggle,' on the Power of Short Stories By Heart is a series in which authors share and discuss their all-time favorite passages in literature. See entries from Jonathan Franzen, Amy Tan, Khaled Hosseini, and more. Karl Ove Knausgaard isn’t known for being brief. My Struggle—his celebrated six-volume, 3,600-page autobiographical novel—is an experiment in radical scope, a kind of literary ultra-marathon. In our conversation for this series, though, Knausgaard chose to examine the biblical story of Cain and Abel—a text he admires for its extreme compression. My Struggle is being serially translated into English, and the latest volume—Book Four—comes out Tuesday. Knausgaard’s work has been translated into more than 15 languages. Karl Ove Knausgaard: I first heard the Cain and Abel story at school, when I was seven or eight. I need 300 or 400 pages to say something significant. In some ways, this concision is typical of the Old Testament. I was invited to be a consultant for the New Norwegian Bible translation of this story.

mensagens para espalhar a felicidade 6 Mindfulness and Writing You are probably familiar with an image that has forged its way through social media. It outlines the creative process as follows: This is awesomeThis is trickyThis is shitI am shitThis might be okThis is awesome I am going to walk you through each stage of the process with useful techniques for overcoming blocks. Getting started: the importance of a routine Having a routine around your craft means your art becomes part of your daily living. The first step is setting yourself a period, a word limit, or a certain number of pages where all you are going to do is create. This is awesome and stream of consciousness writing “Be less curious about people and more curious about ideas.” The creative process begins with an idea. When used in literature and prose it depicts a characters thoughts, feelings, and emotions as they occur – literally their stream of their conscious thought. Here’s what it entails: Simply sit down and write whatever comes to your mind. This is tricky: step into nature

Passoas Para A Felicidade Blog | Authonomy Writing Community: What You Should Be Writing I recently noticed some discussion on the forums from users who want the blog to provide more advice on the sort of books that you should be writing. I thought about replying directly but felt a blog post would be more fitting and would reach a wider audience. Some comments expressed the desire for inside information regarding our predictions for future trends and successes, so that you could write books with those themes. The truth is that, while we know dystopian fiction is big now, for example, we don't know what will come along next. Even if I knew that, say, space westerns were going to be the next big thing, I wouldn't recommend that you go write one. Trends usually emerge because a good writer has an original idea and executes it well. Write the book that has yet to be written.Write the book you'd want to read.Write what you want to write. You can see what's selling well simply by looking at bestseller charts and reading industry news.