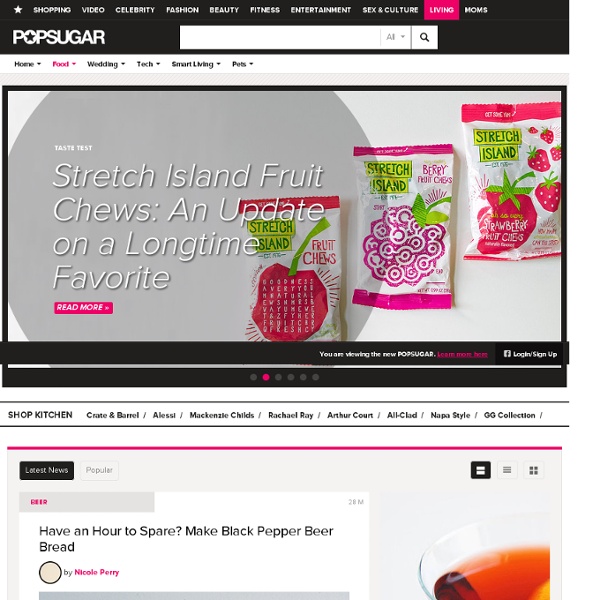 Japanese cuisine Japanese cuisine is the food—ingredients, preparation and way of eating—of Japan. The traditional food of Japan is based on rice with miso soup and other dishes, each in its own utensil, with an emphasis on seasonal ingredients. The side dishes often consist of fish, pickled vegetables, and vegetables cooked in broth. Fish is common in the traditional cuisine. It is often grilled, but it may also be served raw as sashimi or in sushi.

Triple Decker Baked Grilled Cheese Sandwich Recipe When I was little there was nothing as comforting as a grilled cheese sandwich. Although I enjoyed its crisply toasted exterior and gooey melted-cheese center, what I loved most about a grilled cheese was the name. For the longest time, I thought they were called "girl cheese sandwiches," meaning that the sandwich was something so special and delicious only girls like myself got to enjoy them. Eventually, I learned that boys ate them too, but at that point, I was so smitten by the classic combination of cheese and bread that I didn't care. My latest favorite "girl" cheese sandwich is actually a baked cheese sandwich.

Delicious Meliscious - a cooking blog by Melissa: Cheesecake Stuffed Strawberries Not being a fan of chocolate covered strawberries, I was happy to find these CHEESECAKE stuffed strawberries on The Novice Chef. You only need a few ingredients to put these together and they turn out to be quite impressive. Try them - you won't be disappointed! The Daily Meal: The Ultimate Guide to Starbucks' Secret Menu Frequenters of Starbucks know the situation all too well: You're standing in line, reciting the precise order of the five different descriptors that constitute "your drink," when you hear the person in front of you make a request so foreign sounding it completely throws your concentration. A Zebra Mocha? A Grande Green Eye? A Captain Crunch Frappuccino?

Mild ale The term mild originally meant young beer or ale as opposed to "stale" aged beer or ale with its resulting "tang". In more recent times it has been interpreted as denoting "mildly hopped". Once sold in every pub, mild experienced a sharp decline in popularity after the 1960s and was in danger of completely disappearing. However, in recent years the explosion of microbreweries has led to a modest renaissance and an increasing number of milds (sometimes labelled "Dark") are now being brewed. The Campaign for Real Ale has designated May as "Mild Month". History[edit] Baked Eggs in Bacon Baskets This is such a nice idea for breakfast/brunch for a crowd.It is so simple, makes 12 at a time and the baskets stays warm, unlike scrambled eggs which always seem to get cold when left on the plate. There are many variations of this recipe on the blogosphere. I've tried it 2 weekends in a row, and I find that this method worked best. I made them 2 ways, some scrambled with cheese, and others just baked with a soft center.We couldn't decide which way we liked them best.

Bite-Sized Appetizers That Will Blow Your Mind A few years ago, I was at an event on a pier along Manhattan’s west side. Milling around from booth to booth, a server approached me with a tray of what appeared to be miniature grilled cheese sandwiches, carefully presented on a specially designed tray. Surely these one-bite appetizers couldn’t be as delicious as the real, full-size thing, perfectly seasoned with just the right ratio of melted cheese to crisp, buttery bread. Oh no, but they were. I guess you could call it love at first sight — I had become instantly smitten with Peter Callahan’s inventive food, presented in miniature form in the cleverest ways. If you’ve ever flipped through magazines like Town and Country, House Beautiful, or Martha Stewart Weddings, you’ve seen Callahan’s artistry at work.

Bitter (beer) A glass of bitter Bitter belongs to the pale ale style and can have a great variety of strength, flavour and appearance from dark amber to a golden summer ale. It can go under 3% abv - known as Boys Bitter - and as high as 7% with premium or strong bitters.