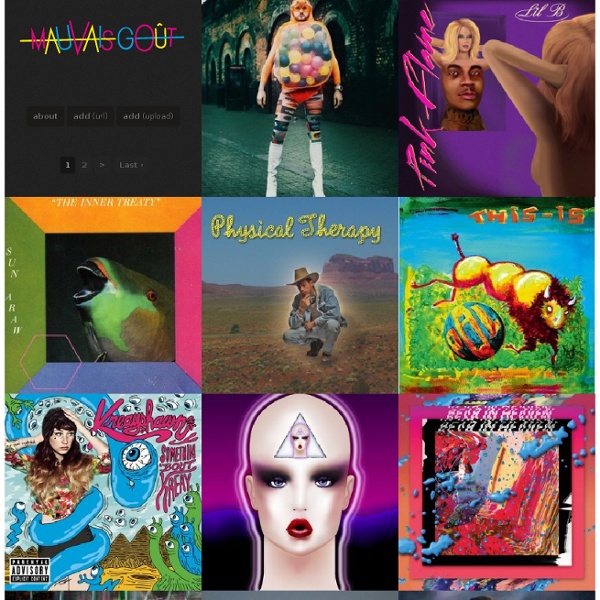 Retrospace Humor Sharing Crazy Website Browse Bizarre Websites On Which You Can Kill Time With Style - Smashing Magazine - StumbleUpon Modern Web-building technologies allow designers to realize their most daring and creative ideas. Enhanced interactivity and a remarkable visual appearance can be achieved by means of such tools as Flash, JavaScript and Papervision3D, to name just a few. These strengths usually impress and entertain visitors and thus are often used for conceptual artistic presentations and promotional campaigns. In this post, you’ll find a collection of amusing websites that, by combining unconventional (and sometimes bizarre) ideas and clever JavaScript and Flash effects, will entice you to play on them for an embarrassing long time. Bizarre and Beautiful Websites Link Record Tripping1 Record Tripping is a nifty experimental game by Bell Brothers. Sound of Hamburg3 Here is one of the most creative and unconventional Flash websites we’ve seen lately. Echogenesis5 Echogenesis is another interactive brainchild of Bell Brothers. Bubole19 Bubole will definitely make you smile. Why Do You Stay Up So Late? (al)

2leep.com: Connecting Bloggers 9 Strange Things Found While Searching for Waldo ​Martin Handford's Where's Waldo books have been adored by kids the world over since the absent minded candy striped hitchhiker first made his debut in 1987. That being said, this is not an effort to defame the Waldo (or "Wally" depending on where you're reading this) books because frankly, life would be much less cool without them. Instead, our ambition is to point out some of their most noteworthy peculiarities -- things that we didn't necessarily find mentioned on the scrolls and postcards adorning each map, or on the checklists in the back of each book. No, these are the images and concepts that stayed with us long after we found Waldo, and for probably the wrong reasons. 8) Aztec Human Sacrifice in "The Last Days of the Aztecs," Find Waldo Now 7) The Transvestite in "Having a Ball in Gaye Paree," Find Waldo Now 6) Lions Peeing at a Urinal in "Safari Park," Where's Waldo 5) People Getting Tortured in "The Museum," Where's Waldo 4) The Sex Boat in "Campsite," Where's Waldo ​Okay.

Bedtime Drama 2 England went to bed first, then Canada. They were close to falling asleep when Australia jumped onto the bed because he was being chased by New Zealand, waking them up. Australia and New Zealand fought for a bit before calming down. Australia then immediately hogged a big peace of bed and fell asleep almost as soon as he tugged the blanked over himself. Then came America. He knew Australia moved around a lot in his sleep, so he squeezed himself in between Canada and England. Neither Canada nor England got any sleep that night. (Yes yes, it’s the wrong flag for England) I actually drew it the same night as the other one I just kept forgetting to color it. 15th May 2010

Cute Pictures - GoAww.com Eight Types of Hecklers and the Comedians Who Shut Them Up In the 2007 documentary Heckler, Joe Rogan says that “the number one thing about hecklers is 100% of them are douchebags.” A stand-up comedian’s act depends on the audience reaction by nature, but when someone attempts to derail the performer’s work, well, that’s something a douchebag would do. Still, heckling creates exciting moments of discomfort for the audience, and hecklers have instigated some great moments in comedy (Bryson Turner’s comeback) as well as some terrible moments (Michael Richards incident). 1. Joe Rogan embraces hecklers like few other comedians, and his confrontation with this strange young woman is another drop in the bucket. 2. Rule #1: Always say yes. 3. They’re called servers, not waitresses. 4. Okay, this isn’t a stand-up clip, but the way Kevin Smith handles a guy who tells him his recent movies suck is worth watching. 5. 6. Kenny Moore has a temper. 7. Ari Shaffir integrates a belligerent female heckler into his act seamlessly. 8.