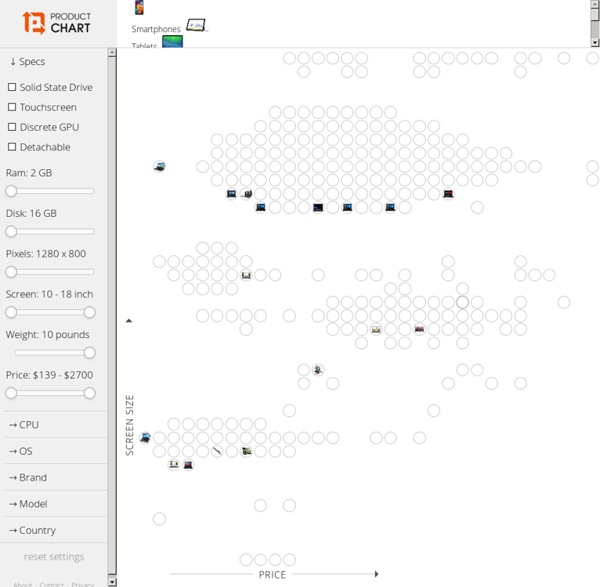 How to Create an Awesome Infographic 46Email Share To create an awesome infographics, you need to follow the following given 7 step procedure: The first step is to select a topic which can be done through social networking websites. Your idea must make editorials sense for the website that it is going to be published on in addition to having an easy concept, being unique, having enough credibility and should be able to get a person emotionally charged up. The third step involves content research which can be done through governmental agencies, educational institutions and popular online sources. You must select only those points that would be interesting to visualize. One thing to keep in mind is that all the different parts must be part of the same theme and should be well blended together.

رؤية اخر الملفات التي تم التعديل عليها في ويندوز Description OpenSaveFilesView is a simple tool that displays the list of files that you previously opened with the standard open/save dialog-box of Windows. For every file in the list, the following information is displayed: Filename, Extension, Order (The order that the files were opened for every file extension), Open Time (Available only for the last opened file of every file type), File Modified/Created Time, File Size, and File Attributes. System Requirements This utility works on any version of Windows, starting from Windows 2000 and up to Windows 8. Data Source The data displayed by this tool is taken from the following Registry keys: HKEY_CURRENT_USER\Software\Microsoft\Windows\CurrentVersion\Explorer\ComDlg32\OpenSaveMRU HKEY_CURRENT_USER\Software\Microsoft\Windows\CurrentVersion\Explorer\ComDlg32\OpenSavePidlMRU Start Using OpenSaveFilesView OpenSaveFilesView doesn't require any installation process or additional dll files. The 'Order' Column Command-Line Options License Disclaimer

The Gel That's Revolutionizing Pain Treatment Get to the site of a problem, pack a big punch at the right time, and leave everywhere else alone. That’s what drugs of the future will have to do. Now, a Jello-like substance is giving patients a peek at that approach. Researchers have created a gel that can attach to inflammation sites and slowly deliver drugs to combat a wide variety of ailments—ulcerative colitis, arthritis and mucositis, to name a few. When the gel is injected into the joint of an arthritis patient, for example, it will only release its anti-inflammatory payload when the patient is experiencing a flare, a spike in pain and swelling. “There are lots of enzymes present in inflammation that can degrade the gel,” explains Jeff Karp, the principal investigator. The gel could be used in radiation therapy for head and neck cancers, by working to soothe the painful mouth ulcers called mucositis that often develop from exposure to the high-energy radiation.

An Internet and You, Me, O.S. Welcome to the Future! "UMEOS" by Xopher Dee To put your YOUniverse in your hands & pockets, or on your desk, table, or wall. We will be delivering a limited number of pocket size USB Key Drives, and All-in-One Touch Screen Desktop/Wall Computers during our marathon. A peak under the hood of the back end of UmeosSuper Powered by SuperDom 's video poster PLAY Play For nearly a decade, I have been researching and developing a way to articulate Umeos. I sought out an adventure that would take me to the ends of the universe and back: tying pieces of a 5th dimensional universe together. The Idea: "To be able to easily examine literally thousands, to millions, if not billions of data points, at God-like speed and precision. I embarked on the idea when I was introduced to the internet in the 1990's. By April 2007, my first born daughter, Krislynn Night, was nearing 3 months. Our efforts will liberate us from the traditional “one-site-per-domain” Internet we have come to know. From Your Umeos Account: With your USB Key

Questions for our first 1:1 | Lara Hogan In the last few years, I’ve had the pleasure of kicking off lots of new reporting relationships with both engineers and engineering managers. Over time, I’ve learned that getting some particular data during an initial 1:1 can be really helpful, as I can refer back to the answers as I need to give a person feedback, recognize them, and find creative ways to support them. Most of these I’ve stolen from some really amazing Etsy coworkers. I usually keep an Evernote file for each person I manage, and the answers to these questions start that doc. Grumpiness What makes you grumpy? I flat out stole that first question from Mike Brittain. Feedback & Recognition How do you like feedback - the medium (IRC, email, in person, etc.) Have the answers to these questions WAY before you need them. Also, knowing how someone wants to receive recognition helps to ensure they’re able to enjoy the moment rather than feel really uncomfortable. Goals and Support What makes 1:1s the most valuable for you?

:: PIMPAMPUM für Flickr Andy the Android Emulator Don’t add your 2 cents instaGrok.com Inhalte bereits vorhanden WordPress برنامج لإنشاء وإدارة المدونات Electricity generated with water, salt and a three-atoms-thick membrane Proponents of clean energy will soon have a new source to add to their existing array of solar, wind, and hydropower: osmotic power. Or more specifically, energy generated by a natural phenomenon occurring when fresh water comes into contact with seawater through a membrane. Researchers at EPFL's Laboratory of Nanoscale Biology have developed an osmotic power generation system that delivers never-before-seen yields. Their innovation lies in a three atoms thick membrane used to separate the two fluids. The results of their research have been published in Nature. The concept is fairly simple. If the system is used with seawater and fresh water, salt ions in the seawater pass through the membrane into the fresh water until both fluids have the same salt concentration. A 3 atoms thick, selective membrane that does the job EPFL's system consists of two liquid-filled compartments separated by a thin membrane made of molybdenum disulfide. Share Video undefined Harnessing the potential of estuaries

The 36 best tools for data visualization It's often said that data is the new world currency, and the web is the exchange bureau through which it's traded. As consumers, we're positively swimming in data; it's everywhere from labels on food packaging design to World Health Organisation reports. As a result, for the designer it's becoming increasingly difficult to present data in a way that stands out from the mass of competing data streams. Get Adobe Creative Cloud One of the best ways to get your message across is to use a visualization to quickly draw attention to the key messages, and by presenting data visually it's also possible to uncover surprising patterns and observations that wouldn't be apparent from looking at stats alone. As author, data journalist and information designer David McCandless said in his TED talk: "By visualizing information, we turn it into a landscape that you can explore with your eyes, a sort of information map. There are many different ways of telling a story, but everything starts with an idea.