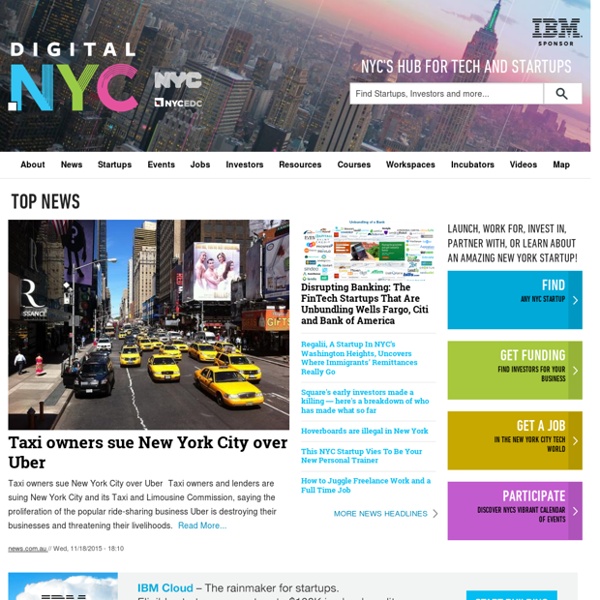 The Ph.D Bust: America's Awful Market for Young Scientists—in 7 Charts - Jordan Weissmann Politicians and businessmen are fond of talking about America's scientist shortage -- the dearth of engineering and lab talent that will inevitably leave us sputtering in the global economy. But perhaps it's time they start talking about our scientist surplus instead. I am by no means the first person to make this point. But I was compelled to try and illustrate it after reading a report from Inside Higher Ed on this weekend's gloomy gathering of the American Association for the Advancement of Science. In short, job prospects for young science Ph.D.'s haven't been looking so hot these last few years, not only in the life sciences, which have been weak for some time, but also in fields like engineering.

Simple Unix commands: Copying and moving files In the examples text shown in bold type needs to be replaced by text of your own, for example your own username, or the name of one of your files. Everything else should be typed literally as given in the examples, using lower- and upper-case as shown. (Almost everything in Unix is in lower-case.) At the end of each command you must press the Return key. When copying files from one directory to another you need to know for certain which directory is the current working directory. Worldwide Ad Spending Estimates are based on the analysis of various elements related to the ad spending market, including macro-level economic conditions; historical trends of the advertising market; historical trends of each medium in relation to other media; reported revenues from major ad publishers; estimates from other research firms; data from benchmark sources; consumer media consumption trends; consumer device usage trends; and eMarketer interviews with executives at ad agencies, brands, media publishers and other industry leaders. Total media ad spending includes spending on digital (desktop/laptop and mobile), directories, magazines, newspapers, outdoor, radio and TV. Digital ad spending includes spending on all advertising that appears on desktop and laptop computers as well as mobile phones and tablets, excluding SMS, MMS and P2P messaging-based advertising.

Landscape 2013: Who are the Players in the IP Marketplace? In October of 2007, Ron Laurie and I first presented our paper, entitled “A Survey of Established and Emerging IP Business Models,” at the 8th Annual Sedona Conference on Patent Litigation. In that often-cited paper, we presented a new taxonomy comprised of seventeen IP business models in the marketplace. Although, admittedly, the taxonomy we presented was not perfect, we did feel that it adequately described what we observed as the rise of intermediary business models in the IP marketplace.

There are now 229 unicorn startups, with $175B in funding and $1.3T valuation Tales of the tech unicorn’s impending demise might be somewhat exaggerated. Spoke Intelligence and VB Profiles released a report recently that counted more than 208 of the mythical creatures, not to mention an additional 21 of the even more rarely spotted decacorns — startups with a valuation in excess of $10 billion. Almost half of them live in California. The Economics of Equity Crowdfunding My last post explored the role of curation in crowdfunding marketplaces ( The Due Diligence Dilemma ). Specifically, I focused on highly curated equity marketplaces—examples being CircleUp, FundersClub, and Seedinvest, which advertise that less than 5% of applications are accepted and listed onto the platform. I wanted to deepen my understanding of the economics behind these platforms so I started jotting down a few calculations. Which led to a few more. And, well, I figured why not dust off my financial modeling skills and whip up a rudimentary model for an equity crowdfunding platform.

A Complete Tutorial to Learn Data Science with Python from Scratch Introduction It happened few years back. After working on SAS for more than 5 years, I decided to move out of my comfort zone. About InnovationLabs – Overview Click on this image to view a photo gallery of some recent projects. InnovationLabs is recognized as one of the world’s leading innovation consulting firms. We bring the many dimensions of innovation together into practical understanding and meaningful action. We offer a complete range of innovation services, and we have an unparalled record of success in our projects. Our clients say very good things about us, and our writings are some of the most admired in the innovation field.

studybyyourselfSQL Course - studybyyourself SQL is a programming language to query a database. SQL operates with sets. Let’s take an example on how SQL works. Let’s suppose , the set of students registered at the University of Lausanne as Figure 1.1 illustrates. Let the set of the male students and the set of students registered at the faculty of HEC (Business School), both as subsets of . Inside Evan Spiegel's very private Snapchat Story - Recode Before Evan Spiegel was Evan Spiegel, there were times he wanted to fit in. Like in June 2012, when Spiegel walked across a makeshift stage erected inside Stanford University’s football stadium to collect a diploma he hadn’t actually earned. Spiegel, then 22, was still a few credits short of graduating with his degree in product design. Stanford let him walk at its graduation ceremony with the assumption that he’d eventually finish his schoolwork. His friends were all graduating, and his family was in town for the ceremony. Missing that moment would have been embarrassing.

Keongtae Kim Bio Keongtae Kim is a PhD Candidate in the Decision, Operations and Information Technologies Department at the Robert H. Smith School of Business at the University of Maryland. Things you can learn in 10 minutes You're probably short on time reading this, and I don't blame you. Life moves fast. It seems impossible to keep up with hundreds of tasks being thrown your way every day, especially at the office. In fact, more than two-thirds of employees reported being overloaded at work according to Cornerstone's 2014 State Of Workplace Productivity Report. And 84 percent think the overload won't be letting up anytime soon — it's increasing. In light of this reality, you're probably searching for the best productivity hacks the Internet has to offer, but you don't have a lot of time to apply them.