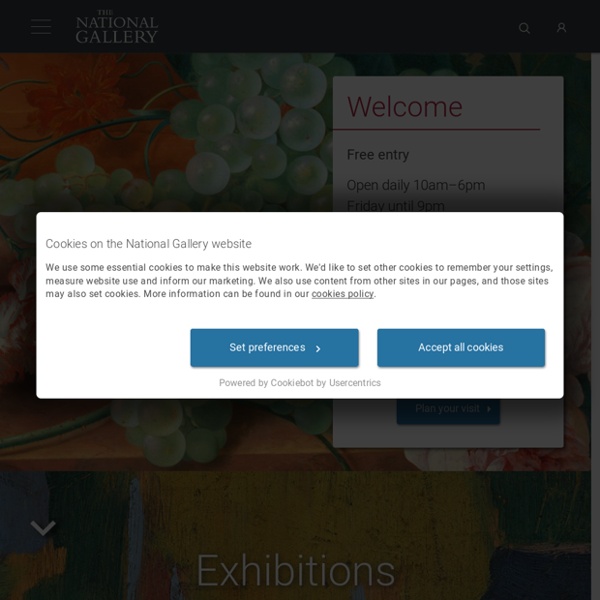 Concordia University Chicago - Art Lessons Welcome to Concordia University Chicago’s link to Artists and Their Art: Sharing Visual Stories, a tool to promote visual literacy through artwork. Recognizing visual cues in a work of art as well as being aware of the times and conditions in which an artist lived enables students to better interpret its imagery, draw conclusions about its effectiveness, and speak critically about the art. Art education research indicates students enjoy a richer art experience and improved visual comprehension when the following four disciplines are included in the art experience: Art History (the study of past artists), Art Aesthetics (response to art), Art Criticism (discussion of art using art vocabulary), and Art Production (hands-on making of art).

MoMA Musée d'Art Moderne, New York Founded in 1929, The Museum of Modern Art (MoMA) in midtown Manhattan was the first museum devoted to the modern era. Today MoMA’s rich and varied collection offers a panoramic overview of modern and contemporary art, from the innovative European painting and sculpture of the 1880s to today's film, design, and performance art. From an initial gift of eight prints and one drawing, the collection has grown to include over 150,000 paintings, sculptures, drawings, prints, photographs, architectural models and drawings, and design objects; approximately 22,000 films and four million film stills; and, in its Library and Archives, over 300,000 books, artist books, and periodicals, and extensive individual files on more than 70,000 artists. Collection highlights include Claude Monet’s Water Lilies, Vincent van Gogh’s The Starry Night, and Pablo Picasso’s Les Demoiselles d'Avignon, along with more recent works by Andy Warhol, Elizabeth Murray, Cindy Sherman, and many others.

Two hoards and one unknown Viking ruler Ian Richardson, Portable Antiquities and Treasure, British Museum The saying goes that one waits an eternity for a London bus to arrive, only for two to eventually show up at the same time. Dot Boughton, Finds Liaison Officer (FLO) for Lancashire and Cumbria, is probably beginning to feel that the same rule applies to Viking silver hoards. It was only in April of this year that a hoard of over 90 coins and hacksilver from Barrow-in-Furness, Cumbria was reported to Dot.

Painting of the Month He’s England’s patron saint, but little can be said with any certainty about Saint George. According to legend, Saint George was a Roman soldier who refused to recant his Christian faith, and who was subjected to brutal torture and death by the Emperor Diocletian. He was martyred in Nicomedia (in modern Turkey) and buried in Lydda (in modern Israel). Uccello depicts the scene for which Saint George is most associated - his battle with the dragon - a legend that became popular in the 13th century when recounted by Jacobus de Voragine. A Young Woman standing at a Virginal The richly dressed lady playing a virginal stands in a prosperous Dutch home with paintings on the wall, a marble-tiled floor, and a skirting of locally produced Delft blue and white tiles. The two paintings on the wall behind her cannot be identified with certainty. The small landscape on the left and the painting decorating the lid of the virginal resemble works by Vermeer’s Delft colleague Pieter Groenewegen.

Jheronimus Bosch - the Garden of Earthly Delights About this project The interactive documentary Jheronimus Bosch, the Garden of Earthly Delights provides an in-depth tour though The Garden of Earthly Delights. In a web interface the visitor will be taken on an audio-visual journey, including sound, music, video and images to enrich the storytelling. Street View Home Explore Nearby Galleries The Museum is arranged into four main galleries – the Moving Toys Gallery, the Creativity Gallery, the Childhood Galleries and the Front Room Gallery. Download a map of the Museum (773KB .pdf) Moving Toys Gallery The Museum's Moving Toys Gallery is divided into four sections – Pushes and Pulls, Springs and Cogs, Circuits and Motors and Look See. Find out more Creativity Gallery

Collection of the old toy Collecting Childhood Blog Assistant Curator Alice Sage blogs about some of the discoveries the collections team make in the course of researching the collection. Read more FAQs Frequently asked questions about the collections, including more information about donations and valuations.

The Arnolfini Portrait This work is a portrait of Giovanni di Nicolao Arnolfini and his wife, but is not intended as a record of their wedding. His wife is not pregnant, as is often thought, but holding up her full-skirted dress in the contemporary fashion. Arnolfini was a member of a merchant family from Lucca living in Bruges.

Hundreds of Vintage Posters Are Now Available to Download and Print 100% Free - Creators If the posters of today still had the look of those of yesteryear, would they still get tagged and trolled as often? Much work today, it seems, lacks the graphic audacity of yore, opting instead for forms and formats we've become accustomed to. That's why, when you find vintage posters in flea markets, you find prices that might suggest they were just printed. Many of these posters are available online, but it's often difficult to find high enough quality to print them beyond standard A4 printer paper sizing. Finally, our savior: FreeVintagePosters.Com. The name explains the concept rather well.

360° videos Home Explore Play Nearby Favorites Visit us Entry is free (There is a charge for some temporary exhibitions) Opening times Last Friday of the month open until 22.30 for Lates, excluding December. The Museum is open every day, including Sundays and bank holidays, but closed 24-26 December. The Museum's step-free entrance is on Exhibition Road.

Official site of one of Britain's most famous art galleries, with an educators section providing high-resolution zoomable pictures and more. by nda_librarian Apr 28

This museum contain a lot of paintings which are from famous europeans painters. I hated this visit because we couldn't take pictures, we couldn't touch the paintings and we couldn't speak. I found this day was the longest day of my life. by vivien_genty Jan 20

I would like to visit the National Gallery because you can find interesting things. by can76 Jan 6