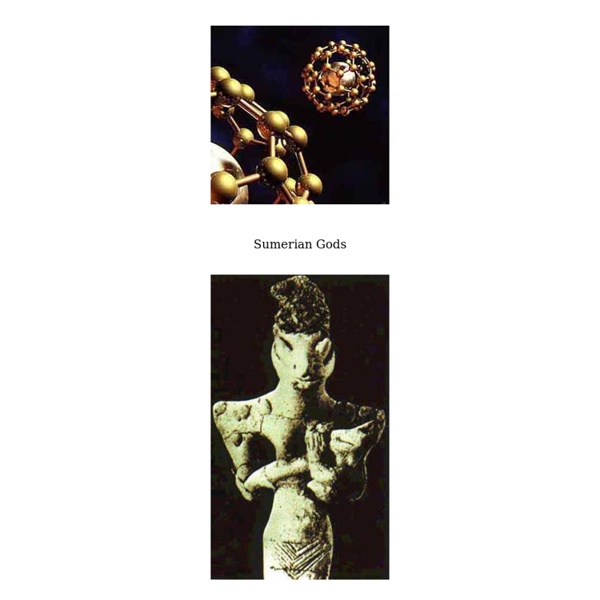 Sumerian Gods Is Anu holding the symbolic Holy Grail of a Bloodline he created? British Museum Nephilim, Anunnaki - Royal Bloodline - Creators "Those who from Heaven to Earth came" The Sumerian King List allegedly recorded all the rulers of Earth over 400,000 years who were said to be gods, demigods, or immortals ... or one soul playing all the roles. In Sumerian Mythology the Anunnaki were a pantheon of good and evil gods and goddesses (duality) who came to Earth to create the human race. Talismans | Kabbalah | Amulets Creating Bloodlines According to Ancient Alien Theory, the Anunnaki, and other alien groups, came to Earth and seeded the human race in many variations. Physical evidence of ancient astronauts is found throughout the planet, leading one to conclude that different races visited here at different periods in Earth's history, or the same aliens return and set up various programs (civilizations) in which they could remain and experience. These would include: Middle East, Egypt, India,

The Kerala Articles: Comparison of Hindu and Greek Mythologies Of Gods and Men Greek Gods Image Courtesy : umich.edu Mythology is the oral retelling of stories or myths of a particular group of people or culture that lived long ago. Zeus and Indra In Hindu mythology the Kashyapa fathered the Devas (Gods). Indra Image Courtesy : jnanam.net In Greek mythology the Gods were fathered by Cronus. Good and Evil The Gods of Mount Olympus represents good while their antitheses are the Titans represent evil. Devas battling the Asuras Image Courtesy : harekrsna.com Gods, Men and Evil While men have always worshipped and showed unfaltering devotion towards the Gods, the Gods on their part have not been as benevolent as they might lead us to believe. In Greek mythology there is the story of Prometheus who stole fire from the Gods and gave it to men. Prometheus giving fire to man Image Courtesy : wikipedia.org Similarly in Hindu Mythology there is the story of the benevolent Asura king of Kerala called Mahabali. Prophesies and their impact

Horus and Jesus | Egyptian Deities and Myths Compared to the Bible There are few books that have caused as much controversy as the Holy Bible. For centuries now, it has been regarded by many to be the "one true word of God". The writers of the Bible may have been human beings... but it is said that those writers had "divine inspiration" for their words. The birth of the Christ child, or Jesus, that comes to save mankind from damnation is told in both Matthew and Luke in the New Testament. It describes a child, born in the stables of an inn to a virgin... a child that would shed his blood for all of those who would otherwise be forever separated from God. However, religions and worship of deities existed before the writings of the Bible. Horus One important note about the gods and goddesses of ancient Egypt... they were not one-dimensional beings. Hathor There are differing accounts of this... some of which have Isis as the wife of Horus, rather than his mother, which is a bit confusing. Nepthys The Egyptian Creation Story Eye of Horus Reply from CareTaker

Hear The Epic of Gilgamesh Read in the Original Akkadian and Enjoy the Sounds of Mesopotamia Long ago, in the ancient civilization of Mesopotamia, Akkadian was the dominant language. And, for centuries, it remained the lingua franca in the Ancient Near East. But then it was gradually squeezed out by Aramaic, and it faded into oblivion once Alexander the Great Hellenized (Greekified) the region. Now, 2,000+ years later, Akkadian is making a small comeback. At Cambridge University, Dr. Follow Open Culture on Facebook and Twitter and share intelligent media with your friends. If you'd like to support Open Culture and our mission, please consider making a donation to our site. via Heritage Key Related Content: World Literature in 13 Parts: From Gilgamesh to García Márquez The Ancient History Learning Guide What Ancient Greek Music Sounded Like: Hear a Reconstruction That is ‘100% Accurate’

summary of mahabharata Summary of the MahabharataThe Mahabharata tells the story of two sets of paternal first cousins--the five sons of the deceased king Pandu (the five Pandavas and the one hundred sons of blind King Dhritarashtra--who became bitter rivals, and opposed each other in war for possession of the ancestral Bharata kingdom with its capital in the "City of the Elephants," Hastinapura , on the Ganga river in north central India.

Mahabharatha and Trojan war - Greek influence on India Pandavas were sent to forest for 14 years, similarly the Greek-Trojan conflict went on for nearly 14 years. The actual conflict described by Homer in Iliad is only 14 days. Same is the case with Mahabharata war, the war at Kurukshetra went on only for 14 days. The Trojan war scene of Iliad starts with reluctance of Achilles to fight the war. Arjuna does the same in the beginning of Mahabharata war in the beginning of the war. During the Mahabharata war, the war was stopped in the evenings and was resumed in the next day. Then, why such a story had been written? Note another character in the war scene, Sanjayan describes the war, scene by scene to the blind king Dhridarashra, using his extraordinary vision. Bhishma had taken the role of Hector, the righteous son of Priam, Duryodhana has taken the role of Paris.

ENUMA ELISH Sacred-Texts Ancient Near East ENUMA ELISH THE EPIC OF CREATION L.W. King Translator (from The Seven Tablets of Creation, London 1902) A more complete etext of the Seven Tablets of Creation is also available here. When in the height heaven was not named, And the earth beneath did not yet bear a name, And the primeval Apsu, who begat them, And chaos, Tiamut, the mother of them both Their waters were mingled together, And no field was formed, no marsh was to be seen; When of the gods none had been called into being, And none bore a name, and no destinies were ordained; Then were created the gods in the midst of heaven, Lahmu and Lahamu were called into being... Ages increased,... [about 30 illegible lines] ... he spake: ... thy... he hath conquered and ... he weepeth and sitteth in tribulation. ... of fear, ... we shall not lie down in peace. ... Tiamat made weighty her handiwork, Evil she wrought against the gods her children. [A gap of about a dozen lines occurs here.] They rejoiced...

Creation Myths Shillluk (Africa) [Excerpted and edited from Folklore in the Old Testament, J.G. Frazer.] The creator Juok moulded all people of earth. In the land of the whites he found a pure white earth or sand, and out of it he shaped white people. The way in which he modeled human beings was this. Sikh For millions upon millions, countless years was spread darkness, When existed neither earth nor heaven, but only the limitless Divine Ordinance. Then were not Brahma, Vishnu or Shiva: None other than the Sole Lord was visible. Brahma, Vishnu, and Shiva He created and to maya-attachment gave increase. The Creator fashioned the Nine Abodes [of sensation]; In the Tenth [the superconscious mind] is lodged the Lord, unknowable, limitless. Tahitian He was. Vodun Damballah (Sky-serpent loa and wise and loving Father archetype) created all the waters of the earth. When he shed his skin in the sun, releasing all the waters over the land, the sun shone in the water and created the rainbow. Yokut