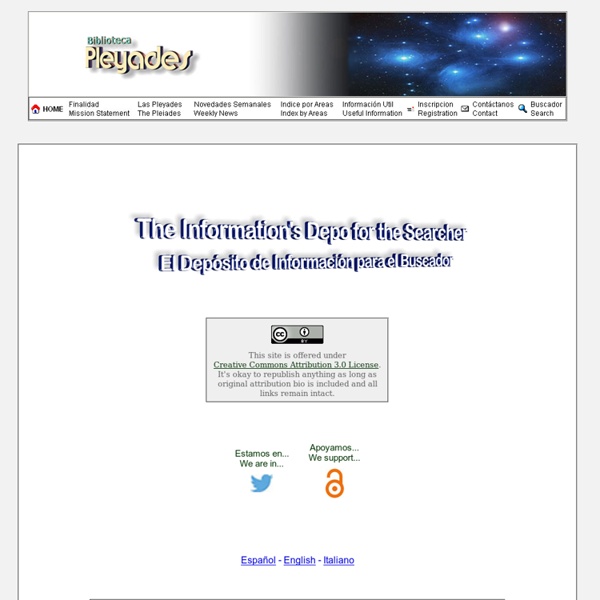 Fair Use Notice This site contains copyrighted material encountered in the Internet, the use of which has not always been specifically authorized by the copyright owner. We are making such material available in an effort to advance understanding of environmental, political, human rights, economy, democracy, scientific and social justice issues, etc... We believe this constitutes a "fair use" of any such copyrighted material as provided for in Section 107 of the US Copyright Law. In accordance with Title 17 U.S.C. Section 107, the material on this Site is distributed without profit to those who have expressed a prior interest in receiving the included information for research and educational purposes.

Mapping God's Bloodline Follow the genealogy of Jesus from the creation of Adam and Eve through Noah, the tribes of Israel, King David, and finally Joseph and Mary. Zoom out for a broader perspective or zoom in to examine finer details. I began with some key genealogical information found on complete-bible-genealogy.com and am working on adding more detail available at marshallgenalogy.org. I’m seeking out new ways of visualizing this data because I’ve always been dissatisfied with the usual tree-like representation. That method works great if you’re only dealing with a few generations at a time, but beyond that it gets messy. Just how messy is it? Mysteries of the Kingdom of Shambhala Shambhala, which is a Sanskrit word meaning “place of peace” or “place of silence”, is a mythical paradise spoken of in ancient texts, including the Kalachakra Tantra and the ancient scriptures of the Zhang Zhung culture which predated Tibetan Buddhism in western Tibet. According to legend, it is a land where only the pure of heart can live, a place where love and wisdom reigns and where people are immune to suffering, want or old age. Shambhala is said to be the land of a thousand names. It has been called the Forbidden Land, the Land of White Waters, Land of Radiant Spirits, Land of Living Fire, Land of the Living Gods and Land of Wonders.

dangerous ideas Warning: the HFN family of websites are intended for adults, as are the ideas represented herein. How old should one be to partake of the holy herb cannabis? Ask your mom, ask your doctor, ask Eddy, anybody else but the government, this is not our call. How old do you need to be to learn about peace? Its never too early, we believe.

The Ancient Origins of New Year’s Celebrations On the 1st January of every year, many countries around the world celebrate the beginning of a new year. But there is nothing new about New Year’s. In fact, festivals and celebrations marking the beginning of the calendar have been around for thousands of years. While some festivities were simply a chance to drink and be merry, many other New Year celebrations were linked to agricultural or astronomical events. In Egypt, for instance, the year began with the annual flooding of the Nile, which coincided with the rising of the star Sirius. The Phoenicians and Persians began their new year with the spring equinox, and the Greeks celebrated it on the winter solstice.

La Série des Livres Jaunes, à lire absolument !!! I would like to warn the reader that the reading of these books and discovering through a hidden face of this world, would be tempted to give too much credit to these texts. If overall it is true that the world is run by an oligarchy and that it use its power financial, media and its influence on the Executive, judicial and legislative powers to capitalize his own power using all means, many elements presented by these texts are nevertheless wrong. Moreover, despite the fact that they defend, they have a tendency to blame for this harmful Nebula parasitizing society, the communities of Jews or Masons.However it is in my opinion still a well simplistic view of things and this is maybe not either completely innocent because in addition to pointing the finger and generalize to communities the vices of a number of members of mafia groups, it seems when sometimes even closer judeo-maconnique conspiracy inherited a little glorious ideology.

» Ancient Computer Even More Ancient Than We Thought The mechanism was found in 1901 in the wreck of a ship that sank in the Aegean Sea around 60 BC. Though its origins are unknown, it could be used to calculate astronomical motion, making it a sort of forerunner to computers. The sheer sophistication of the device makes it mysterious, being more advanced than any known instrument of its day – or for centuries thereafter. Even with parts missing after spending such a long time in the briny deep, it was examined to have at least 30 gears. This is perhaps why for many, it represents the pinnacle of technology of the ancient world and what was lost during the Dark Ages. Bethe Hagens - 1975 - Planetary Grid by Chris Bird PLANETARY GRID by CHRIS BIRD 1975 - Planetary Grid written by Chris Bird That our Earth and all matter upon it, whether held to be "living" or "non-living," is but the final result of a transformation of energy has long been suspected by metaphysicians and, comparatively recently, been given support by various branches of contemporary science with physics in the van. How this energy is ordered or regulated to form matter is a fascinating question to which only a small minority has addressed themselves. Since World War II, a number of theories, some based on a host of careful observations if not strict experimental proof, have been appearing on the horizons of scientific thought which suggest that the old "aether" of ancient philosophy, tribal wisdom and turn-of-the-century physical science may not be as dead as relativistic physics seems to have proclaimed it. (See, to name one example, "Is There an Ether?"

Earth's Grid System, Becker-Hagens, Ley Lines, Hartmann Net, Curry Lines - Science and Pseudoscience Earth's Grid Systems Science and Pseudoscience Topography, is the study of Earth's surface shape and features or those of planets, moons, and asteroids. The despairing cry of the tomb of Alexander the Great from the desert at Siwa Oasis The following is an article written by Liana Souvaltzi, Archaeologist and Director of the Greek Mission at Siwa Oasis, who we invited to report on her research regarding the discovery of a large monument in the Siwa Oasis that she maintains is the tomb of Alexander the Great. It follows an earlier article about her discovery, which we would recommend reading first – Tomb of Alexander the Great already found, archaeologist claims, but findings have been blocked by ‘diplomatic intervention’. The decision to write this article is not an easy one to make because it hurts me so much… My aim is to give the public the opportunity to understand that it has been a crime against this unique monument from the political background of the year 1996, which dealt a fatal blow to this discovery and the scientific work.

Forgotten Lands and Lost Civilizations This article was written by Simon E. Davies. Contributor at Ancient-Code.com Fuente Magna, the Controversial Rosetta Stone of the Americas The universe is full of mysteries that challenge our current knowledge. In "Beyond Science" Epoch Times collects stories about these strange phenomena to stimulate the imagination and open up previously undreamed of possibilities. Are they true? You decide. The Fuenta Magna is a large stone vessel, resembling a libation bowl, that was found in 1958 near Lake Titicaca in Bolivia. It features beautifully engraved anthropomorphic characters, zoological motifs characteristic of the local culture, and, more surprisingly, two types of scripts—a proto-Sumerian ancient alphabet and a local language of the ancient Pukara, forerunner of the Tiahuanaco civilization.

10 facts about the Anunnaki 10 facts about the Anunnaki The AC team brings you 10 facts about the Anunnaki. In many depictions of the Anunnaki, we can see strange objects worn by “those who came from the stars”, one of the most interesting examples are “wrist watches” which appear in almost every single depiction of the Anunnaki. The Sumerians were the first people who started building actual cities, organised using actual city grids like we see in modern day cities around the world, according to the Ancient Alien theory, the Anunnaki transferred this knowledge to ancient man.In the 19th century archaeologists exploring the ancient ruins of Nineveh discovered 22,000 clay tablets which are directly connected to the Anunnaki.In 1976 author Sitchin published his personal translations of the Sumerian texts in a series of books called “The Earth Chronicles“. According to Sitchin the clay tablets describe an alien race known as the Anunnaki who came to Earth to mine gold.Gold reflects infrared light. By ancient-code.com

The Lost City of Aztlan – Legendary Homeland of the Aztecs Is Aztlan the ancient homeland of the great Aztec civilization, or is it just a mythical land described in legends? The Aztec people of Mexico created one of the greatest empires of the ancient Americas. While much is known about their empire located where today’s Mexico City can be found, less is known about the very start of the Aztec culture.

Was There A Civilization On Earth Almost 2 Billion Years Ago? In June 1972, nuclear scientists at the Pierrelatte uranium enrichment plant in south-east France noticed a strange deficit in the amount of uranium-235 they were processing. That’s a serious problem in a uranium enrichment plant where every gram of fissionable material has to be carefully accounted for. The Oklo nuclear reactor is 1.8 billion years old. Photo source taringa.net) The dilema was the ratio of uranium isotopes in their samples.