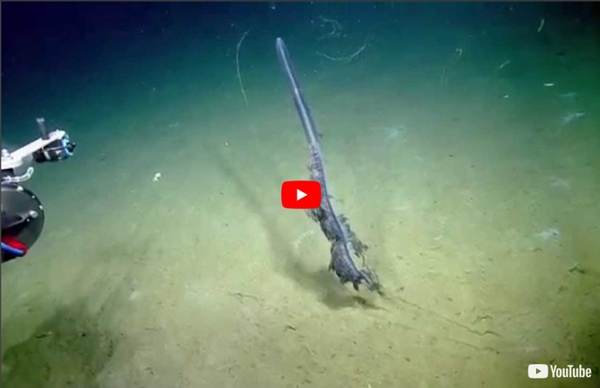 We worked out what it would take to wipe out all life on a planet – and it's good news for alien hunters The first exoplanet was spotted in 1988. Since then more than 3,000 planets have been found outside our solar system, and it’s thought that around 20% of Sun-like stars have an Earth-like planet in their habitable zones. We don’t yet know if any of these host life – and we don’t know how life begins. But even if life does begin, would it survive? Earth has undergone at least five mass extinctions in its history. It’s long been thought that an asteroid impact ended the dinosaurs. To establish a benchmark for this, we’ve been studying what is arguably the world’s hardiest species, the tardigrade, also known as the “water bear” for its appearance. Last survivors They live all over the planet but can survive far below the ocean’s surface, around volcanic vents at the bottom of the Mariana Trench happily oblivious to the life and death of surface-dwelling mammals. We wanted to consider what cataclysmic events might be able to finally kill off the hardy tardigrade. Apocalypse never

15 Incredible X-rays of Real-Life Monsters of the Deep Fish can be extremely strange looking creatures, with odd appendages and body shapes unfamiliar to us land animals. Their peculiarities aren’t limited to their outer appearance, either — as these ghostly, almost alien-looking X-rays of various underwater creatures prove. This unnerving looking eel, for example, could be something straight out of a horror movie. Although not dangerous to humans, the viper moray eel nevertheless occupies a place in our imaginations reserved for scary creatures. Yohani Kamarudin Scribol Staff

Students Join now to get your very own Boomer. Get writing on BoomWriter today and you could be a published author! Join Now Educators & Schools BoomWriter is free for educators to use with their students. Join Now Oldest people This is a list of tables of the oldest people in the world in ordinal ranks. To avoid including false or unconfirmed claims of extreme old age, names here are restricted to those of supercentenarians (aged over 110 years old) whose ages have been validated by an international body that specifically deals in longevity research, such as the Gerontology Research Group (GRG) or Guinness World Records (GWR), and others who have otherwise been reliably sourced. According to this criterion, the longest human lifespan is that of Jeanne Calment of France (1875–1997), who lived to the age of 122 years, 164 days. As women live longer than men on average, combined records for both sexes are dominated by women. Since the death of 116-year-old Susannah Mushatt Jones of the United States on 13 May 2016,[a] Emma Morano of Italy, born 29 November 1899, is the oldest living person in the world whose age has been documented. Ten oldest verified cases ever Men a^ Mortensen was a native of Denmark. Notes

What can cavefish teach us about the world? During the Age of Enlightenment’s scientific revolution, naturalists went out into the world in large numbers to take a census of the earth’s flora and fauna: collecting different plants and animals, identifying the ones never before seen, and naming and classifying them according to the taxonomy system devised by Carl Linnaeus. Centuries later, Louisiana State University marine biology professor and Senior TED Fellow Prosanta Chakrabarty (TED Talk: Clues to prehistoric times, found in blind cavefish) is continuing the search for new species — of marine and freshwater fish, in his case — by traveling to bodies of water and swimming, trawling and diving through them to catch and examine specimens by hand. But thanks to 21st-century technology and knowledge, he’s able to do much more than just name them — he can evaluate a fish right down to its genes and use this information to find its relatives, redraw the Tree of Life, and learn more about our planet’s geological history.

Moon landing Clickable imagemap of the locations of all successful soft landings on the Moon to date. Dates are landing dates in UTC. Still frame from a video transmission, taken moments before Neil Armstrong became the first human to step onto the surface of the Moon, at 02:56 UTC on 21 July 1969. Luna 2, the first object made on Earth to reach the surface of the Moon. A moon landing is the arrival of a spacecraft on the surface of the Moon. The United States' Apollo 11 was the first manned mission to land on the Moon, on 20 July 1969.[4] There have been six manned U.S. landings (between 1969 and 1972) and numerous unmanned landings, with no soft landings happening from 1976 until 14 December 2013. Unmanned landings[edit] The Soviet Union performed the first hard (unpowered) Moon landing in 1959 with the Luna 2 spacecraft, a feat the U.S. duplicated in 1962 with Ranger 4. The Soviet Union achieved the first unmanned lunar soil sample return with the Luna 16 probe on 24 September 1970.

How to Give a Memorable Speech (Chip Heath and Dan Heath) What makes a speech a great speech, one people remember, especially your teacher? The key is in your message, not your presentation. Use the six sticky principles taught by Chip Heath and Dan Heath in their book Made to Stick: Why Some Ideas Survive and Others Die, and give a speech you'll get an A on. Unless you live in a cave, you know the story of Jared, the college student who lost hundreds of pounds eating Subway sandwiches. Subway executives wanted to talk about fat grams and calories. The ideas the Heath brothers teach are ideas that will make your next paper or speech memorable, whether your audience is your teacher or the entire student body. Here are their six principles: Use the acronym SUCCESs to help you remember: SimpleUnexpectedConcreteCredibleEmotionalStories Let's take a brief look at each ingredient: Simple - Force yourself to prioritize. Unexpected - Do you remember the TV commercial for the new Enclave minivan? Emotional - How do you make people care about your message?

Bahá'í Faith The Bahá'í Faith (Arabic: بهائية‎ Baha'iyyah) /bəˈhaɪ/[1] is a monotheistic religion emphasizing the spiritual unity of all humankind.[2] Three core principles establish a basis for Bahá'í teachings and doctrine: the unity of God, that there is only one God who is the source of all creation; the unity of religion, that all major religions have the same spiritual source and come from the same God; and the unity of humanity, that all humans have been created equal, and that diversity of race and culture are seen as worthy of appreciation and acceptance.[3] According to the Bahá'í Faith's teachings, the human purpose is to learn to know and love God through such methods as prayer, reflection and being of service to humanity. The Bahá'í Faith was founded by Bahá'u'lláh in 19th-century Persia. Bahá'u'lláh was exiled for his teachings, from Persia to the Ottoman Empire, and died while officially still a prisoner. Etymology[edit] Beliefs[edit] God[edit] Bahá'í Temple, Ingleside, Sydney, Australia

8 Practical Strategies to Ge to Know Your Students August 23, 2014 As a teacher, the first week of the new school year is always an exciting time for me as I get to deal with new classes and new students.There is always that deep-seated drive to know your students and learn about their learning styles, their previous academic background and what they expect from your class. Each teacher has her/his own strategy to get to know their students but now with the widespread of technology, a number of digital activities can be used to enable students to express themselves freely and articulate what they want others to know about them. Creating autobiographical trailers, audio clips, blog postings..etc are some examples of how students can use technology to introduce themselves to their peers and to their learning community. There are also a set of other interesting strategies that are not necessarily technology based and which teachers can use to get to know their students. The handy visual below features some of them . 2-Ready, set, group!

The Seven-Day Week and the Meanings of the Names of the Days The Seven Day WeekThe Naming of the DaysSunday -- Sun's dayMonday -- Moon's dayTuesday -- Tiu's dayWednesday -- Woden's dayThursday -- Thor's dayFriday -- Freya's daySaturday -- Saturn's daySourcesSee Also The Seven-Day Week The Babylonians marked time with lunar months. They proscribed some activities during several days of the month, particularly the first -- the first visible crecent, seventh -- the waxing half moon, fourteenth -- the full moon, nineteenth -- dedicated to an offended goddess, twenty-first -- the waning half moon, twenty-eigth -- the last visible crecent, twenty-nineth -- the invisible moon, and thirtieth (possibly) -- the invisible moon. The major periods are seven days, 1/4 month, long. The Naming of the Days The Greeks named the days week after the sun, the moon and the five known planets, which were in turn named after the gods Ares, Hermes, Zeus, Aphrodite, and Cronus. Sunday -- Sun's day Monday -- Moon's day Tuesday -- Tiu's day Mars is the Roman god of war. Sources