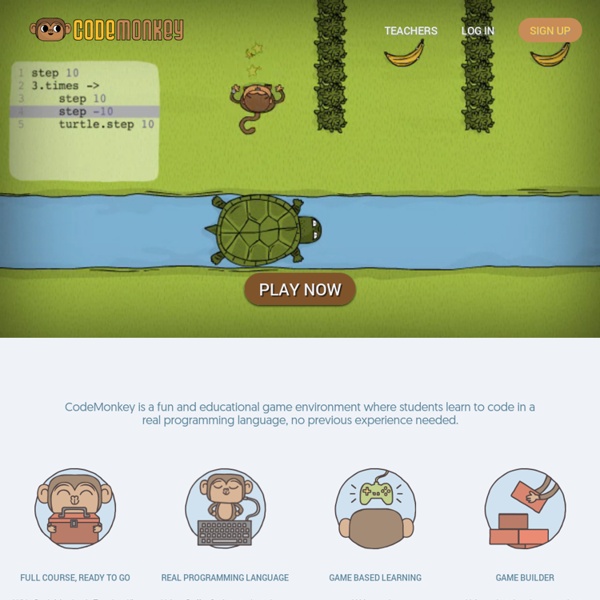 Three million open jobs in U.S., but who's qualified? The following script is from "Three Million Open Jobs" which aired on Nov. 11, 2012. Byron Pitts is the correspondent. David Schneider, producer. kidsCODEjeunesse Kids Code Jeunesse offers a range of workshops designed to meet any educator’s level of experience and enthusiasm. For educators who aren’t quite sure what code even is, or whether it’s something they would like to try out in a classroom, we offer free two-hour introductory activities that require no experience and few resources.These tutorials have been designed to build confidence and transfer skills from the classroom to the coding environment. If you’ve learned to read, write, do basic math, organize a routine and solve puzzles, you probably already know more about code than you realize! Here are a few examples of introductory activities we’ll be offering in 2015-2016. Younger kids can learn about Scratch by playing with the simple algorithm in this project. Click “see inside” and follow the instructions on the post-it notes in the coding environment.

Ten Resources for Helping Students Learn to Code and Program When the conversation amongst educators turns to programming, Scratch is often the first resource that is mentioned. Scratch allows students to program animations, games, and videos through a visual interface. Students create their programs by dragging together blocks that represent movements and functions on their screens. The blocks snap together to help students see how the "if, then" logic of programming works. If you haven't seen Scratch before, watch the short overview in the video below. Scratch Overview from ScratchEd on Vimeo.

Code Maven from Crunchzilla <h2>Code Maven gets teens excited about programming. It is an interactive tutorial where anyone can experiment with learning to code. <p> Code Maven from Crunchzilla uses Javascript. Please enable Javascript if you want to play with Code Maven. Otherwise, Code Maven will not be able to play with you. 15+ great resources for introducing coding to the classroom By Kelly Maher September 4th, 2015 Must-try apps, games, and tutorials for learners of every age “Computer science is a liberal art, it’s something that everyone should be exposed to, everybody should have a mastery of to some extent.” coding The children have been very interested in maps lately; they create them at our writing table and use them in their dramatic play, refer to printed maps during outside time as they run and ride around on the tricycles, and talk about hiding treasure in our classroom and creating maps to help others find it. They are curious about places in our school and the hallways we need to take to get there. As I reflected upon their genuine interest in location and maps, I thought it was the perfect time to introduce them to coding. Why coding? 1. Coding is basic language in the digital age.