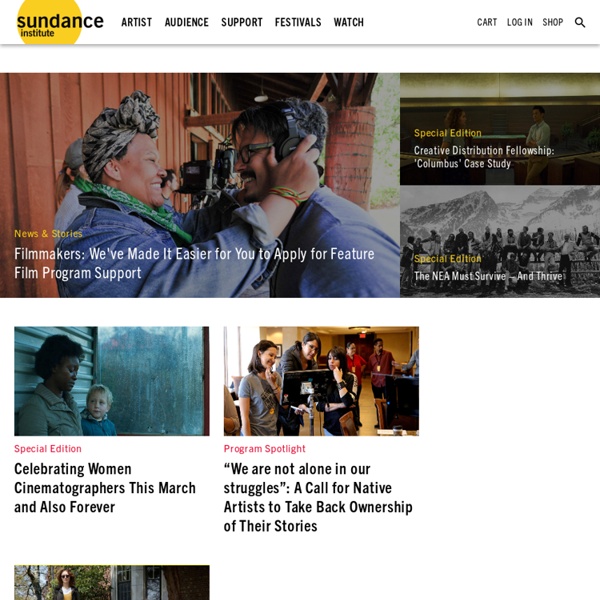 Short Film of the Day: Porcelain Unicorn | Film School Rejects Why Watch? Because sentimentality never dies. This short got some attention when it won a contest created by the Phillips Corporation which had a few restraining parameters in place. The films could only have six lines of dialogue, and they had to be: What is that? It’s pretty limiting, but this short is a phenomenal example of where limitations can create something truly inspired. What does it cost? Check out Porcelain Unicorn for yourself: Trust us.

Top Ten Films to See at Cannes - a list by keithsim Austin Film Festival – The Writers Festival - October 23-30 Cannes retrospective: ‘Pulp Fiction’ (1994) | Miramax This year’s Cannes Film Festival came to a close on Sunday, and with it, our week-long retrospective. After having already covered Steven Soderbergh’s breakthrough and Jane Campion’s milestone, we thought we’d conclude our series with a look back at what many consider to be the crown jewel of the Miramax Library — Quentin Tarantino’s Pulp Fiction. The above interview aired on the Charlie Rose Show in October of 1994, just ahead of Pulp‘s theatrical release in the US. The film had debuted at Cannes about six months earlier, winning the Palme d’Or, and was already riding a freight train of momentum by the time Tarantino sat down at Rose’s famed table. Pulp was the ostensible centerpiece of Rose’s interview, though the conversation didn’t really unfold that way. “You should be semi-embarrassed about certain people seeing your movie.”- Quentin Tarantino As with any archival footage, it’s difficult to imagine how the audience of 1994 may have received this exchange.