What Does The Internet of Things Mean? 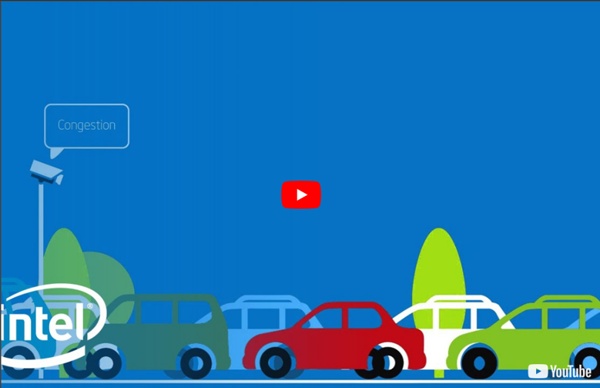 The Fourth Urban Revolution - LABCITIES How Big Data is changing life in cities, for governments and citizens alike. New York City has been a Big Data pioneer for decades. In the early 1990s, the city launched the CompStat data-driven policing system, so that, in the words of former NYPD department chief Lou Anemone, officers could stop “just running around answering 911 calls” and start analyzing patterns to prevent crime. Thanks in part to CompStat, major crimes in the city have since fallen by 80 percent. Why the Internet of Things could change politics The ‘internet of things’ will bring major changes in many areas of life, including the political arena. What will be the new communication tools, strategies and narratives for policymakers? Any device with an on-and-off switch can (and should) be connected to the Internet. This is the basic idea of the industrial internet, also referred to as the ‘internet of things’. Forecasts indicate that around 6.4 billion connected devices will be in use worldwide by the end of 2016, up 30% from 2015.

uk.businessinsider Humans are consuming more energy every year, and utility companies are scrambling to meet the demand. The International Energy Agency expects global energy demand to increase by 37% by 2040, which would likely put a strain on energy supplies. But utility companies are finding solutions thanks to the Internet of Things. The IoT is making energy use more efficient, which should help relieve some of the stress on energy demand. Smart meters have become the top IoT device among utility companies in the last several years. These devices attach to buildings and connect to a smart energy grid, which allows these companies to more effectively manage energy flow into buildings. Internet of Things: The Future of Your Retail Technology Microsoft delivers a unique, integrated approach for enterprises to capitalize on the Internet of Things by gathering, storing and processing data. This approach extends from our breadth product portfolio for a range of PCs, tablets and industry devices on the edge of enterprise networks, developer tools, backend systems and services, and a diverse ecosystem. Spanning from small connected sensors to rich industry devices, these intelligent systems help enterprises harness the trusted Windows platform to gather data from the edge of the network, process it with Microsoft’s data platform and serve it securely through engaging applications that drive real-time analysis and actionable opportunities that would otherwise be out of reach. This is all possible through technology innovations that leverage the vast potential of data. Microsoft delivers a unique, integrated approach for enterprises to capitalize on IoT by gathering, storing and processing data.

How IOT Can Detect Corruption How IOT Can Detect Corruption Internet of Things (IoT) has many benefits – (1) Reducing costs (3) Increased efficiency (3) Increased loyalty (4) New products and business models (5) Increased revenue streams. But can it detect corruption? Utility and Consumer Data: A New Source of Power in the Energy Internet of Things We are living through what you could call the era of the electricity dilemma. On one hand, electricity remains a driving force of economic development. On the other hand, electrical infrastructure is not only extremely expensive, but its continued reliance on fossil fuel sources is one of the major contributors to carbon pollution. More than 1.3 billion people still aren’t connected to the grid, largely because of the cost and complexity of the process. Nevertheless, electric power generation is expected to grow by 93 percent by 2040, and the vast majority of that growth will occur in non-OECD nations.

Data analytics giant SAS shopping for big data partnerships in Israel For the first time in the company’s 40-year history – during which it became one of the world’s most consistently profitable software companies, pioneering big data analytic systems for governments, armies, schools, cities, and banks, among others – North Carolina-based SAS (Software Analytics Systems) is heading to Israel. Get the Start-Up Israel's daily newsletter and never miss our top stories Free Sign up! “One of the things I am doing here in Israel is shopping around for companies to partner with, and we are actually close to a deal, which we expect to be announced in the coming weeks,” said Wolf Lichtenstein, world-wide SAS General Manager and director of the software pioneer’s operations in Germany, Switzerland, Austria, and Israel.

To Predict the Trajectory of the Internet of Things, Look to the Software Industry With over 50 billion connected devices expected by 2020, the Internet of things (IoT) is poised to have a major impact. What’s not clear, however, is how the IoT’s complex ecosystem — a loose network of interacting products and services, pictured below will evolve and proliferate and which companies will emerge as leaders. (Click here to for a version that you can enlarge to see more detail.) The red nodes represent platform companies; the gray ones are companies that provide a product or service. The IoT is a complex ecosystem that is not yet dominated by any major players. Consequently, it could be difficult to determine the challenges and most effective business opportunities for companies looking to move into the space.

IoT technologies is expected to connect 50 bl devices to network by year 2020-Voice&Data NEW DELHI:The deployment of Internet of Things (IoT) technologies is expected to connect an estimated 50 billion devices by 2020, according to International Telecommunication Union (ITU). IoT is contributing to the convergence of industry sectors, with utilities, healthcare and transportation among the many sectors with a stake in the future of IoT technologies. ITU members have established a new ITU-T Study Group to address the standardization requirements of IoT technologies, with an initial focus on IoT applications in smart cities. The new group is titled “ITU-T Study Group 20: IoT and its applications, including smart cities and communities”.

IoT and Government: how new tech is driving economic development Every country is looking for the magic bullet for economic growth. As discussions turn to building “digital economies,” countries are considering how to best interlink developments in technology, human capital, and economic and regulatory factors to sustain growth and drive innovation in urban areas. Investing in the Internet of Things (IoT) local and national governments are finding a more sustainable way to manage each factor of urban growth and identifying new ways to evolve. Cities and governments are turning to IoT because it is a multi-dimensional asset. Solutions commonly support improved savings and efficiencies, but can also help to develop new products and revenue streams, new understandings of processes and customers, and new intelligence to drive business expansion. Various governments across the globe are actively supporting the IoT and smart city sectors through funding and specific strategies.