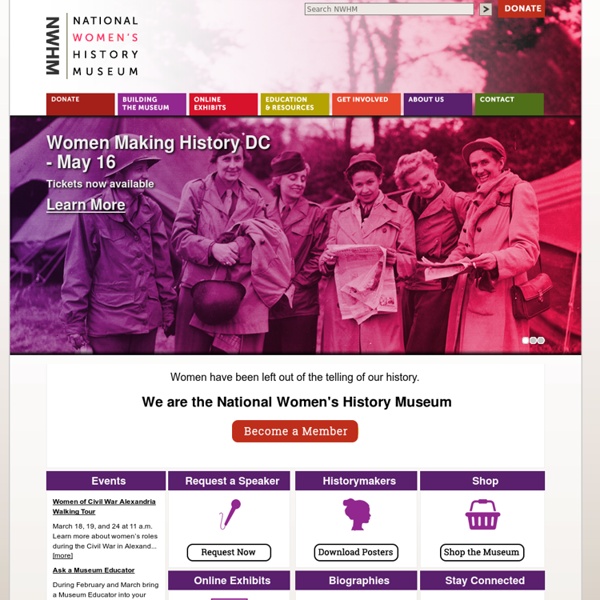 Natural Fertilizers for Citrus Trees Citrus trees are beneficial for gardeners--not only for the delicious harvest, but also for the shade, fragrance and splashes of color they provide. In order to produce top quality citrus fruit, these trees must be fertilized often and heavily with high levels of nitrogen. The most ideal time to fertilize citrus trees in frost free areas is in January, to encourage February blossoming. In areas where frost may occur until March, fertilize the trees after the last frost. Feed one- to two-year old trees every month, and older trees quarterly. Manure Manure not only refers to the fertile excrement that comes from animals after they eat plant matter, but also an addition of other materials mixed with the excrement. Blood Meal As one of the most prized single natural fertilizers available, blood meal, also called dried blood, is known for containing a quickly soluble form of every element that is needed for quality plant growth. Fish Emulsion

The Suffragettes | Museum of London In 1903 the 'votes for women' campaign was energised by the creation of the Women's Social and Political Union (W.S.P.U). Founded in Manchester by Emmeline Pankhurst and her daughters, the W.S.P.U. aimed to 'wake up the nation' to the cause of women's suffrage through 'Deeds not Words'. The decision to relocate the headquarters to London in 1906 transformed the suffrage movement. By taking their campaign to the streets, the Women's Social and Political Union attracted maximum publicity. A London base also provided opportunities for staging spectacular demonstrations. The Coronation of George V in 1911 inspired the W.S.P.U. to organise its own spectacular coronation pageant. The suffragette campaign was masterminded from W.S.P.U. headquarters, initially established at 4 Clement's Inn, Strand and, from 1912, at Lincoln's Inn, Kingsway. The outbreak of the First World War brought an immediate suspension of militancy as the suffragettes threw themselves into supporting the war effort.

National Women's History Project my tree of life grows yarn: Anatomy of a Strapping Young Lad "Strapping young lad." There is nothing like those three words. Indeed, any of these words without the other two are meaningless. The three must combine and blend to form the most perfect of males. Here is Trevor Lewington and Brian Buchanan of Enter the haggis sporting their amiable qualities. Note their adorable and slightly silly smiles. As you can see, the world would be at a loss without fine young men such as these. Strapping Young Lad Bag Materials2 skeins Paton's Shetland Chunky Tweed Size 10.5 straight needlesTapestry needleA fat quarter of fabric for lining2 leather buttons2 snap closuressewing needle and brown thread Pattern Body-Cast on 36 stitches-Work in seed stitch until piece measures 17.5 inches. Flap-Pick up 30 stitches alongside one of the shorter sides of the body (i.e. the row you just cast off) Leave a three-stitch margin on either side, so that the stitches you are picking up are centered (your flap won’t be as wide as the body, obviously.)

Sophie | A Digital Library of Works by German-Speaking Women Internet History Sourcebooks Project Women's History Sourcebook "Yes, I am fond of history." "I wish I were too. I read it a little as a duty, but it tells me nothing that does not either vex or weary me. How are historians to remedy the silence about women in many traditional accounts of history? The first solution was to locate the great women of the past, following the lead of much popular historiography that focuses on "great men". The next solution was to examine and expose the history of oppression of women. In recent years, while not denying the history of oppression, historians have begun to focus on the agency of women. These various approaches to the history of women are not exclusive. This page is a subset of texts derived from the three major online Sourcebooks listed below. For help in research, homework, and so forth see Contents The Historical Study of Women Ancient Egypt General Great Women Queens, Noblewomen, Warriors Birth of Hatshepsut 18th Dynasty [At Internet Archive, from Creighton] Women's Oppression Goddesses

Motivation: How To Get It And Maintain It with 33 Tips This post is available in audio format. Being motivated is a wonderful state of your being. In that state your body leverages huge amounts of energy. Your emotional field is totally balanced, physically you’re able to climb the Everest and mentally you understand the whole Universe in a split of a second. I know you know the feeling. The good news is that you can re-create this state pretty much whenever you want. 1. Learning to ignore is a fantastic lesson. 2. And avoid it. 3. Watch comedies, read comics. 4. Do you remember when you had the first major success of your life? 5. This is one the easiest and simplest way to summon motivation. 6. You can’t be motivated if you work in an environment which does not represent you. 7. Like in other people success stories. 8. You will get bored if you work on the same projects for too long. 9. If you work constantly you will make some progress, that’s a rule. 10. With your friends or family. 11. 12. 13. 14. As part of the game. 15. 16. 17. 18.

Diotima: Women & Gender in the Ancient World Call for Collaborators to The On-line Companion to The Worlds of Roman Women The On-Line Companion to the Focus Reader, The Worlds of Roman Women, expands the book's wide representation of Latin texts by and about women dating from the earliest periods through the fourth century CE. The medium of a website, moreover, offers the opportunity to integrate visuals to texts, thus enabling users to make connections between language and material culture. The Companion has two major parts. The Worlds section includes Class, Religion, Childhood, Learning, Marriage, Family, Body, State, Work, and Flirtation. Each World opens to reveal a thematic image of women in this world, a brief essay on this World, a list of on-line texts and hyperlinked images. The Instructional section contains: a Guide to Using the Site; an Annotated Bibliography; Activities for Classroom Use; Syllabi and Lesson Plans; and Credits and Contributors.

Ten Women and American Masters: Women’s History Month | American Masters In honor of Women’s History Month, American Masters revisits women in its documentary archive and looks ahead to women whose achievements are featured in the upcoming 2014 American Masters season. These women rose to the top in entertainment, the business of television and the fine arts. The landmark television sitcom I Love Lucy was named for its star comedian, Lucille Ball. But Ball was not only the talent, she was the producer. Career Timeline of Lucille Ball (1911 – 1989) In 1987, Aretha Franklin, the Queen of Soul, became the first woman to be inducted into the Rock and Roll Hall of Fame. Franklin has won 18 Grammy Awards and at over 75 million records sold, is one of the best-selling female artists of all time. Even the early charcoal drawings of celebrated artist Georgia O’Keeffe (1887 –1986) — best known for her rich palettes for flowers and desert scenes — had an allure and were the occasion of her first exhibition in New York City in 1916. John Lennon and Yoko Ono.

Non-Hybrid Seeds | Non-Hybrid Vegetable Fruit Grain Herb Seeds Women's History Collections at the IISH: Introduction The women who left information about their life and work in the International Institute of Social History were generally involved in the labour movement and other social movements. They were writers, journalists, newspaper publishers, politicians, historians, teachers, artists, nurses or philosophers. They campaigned for humane working conditions and fair wages, for peace, human rights, sexual reform, the improvement of education, health care, or better housing. They were socialists, Marxists, Trotskyists or anarchists. Among them were women's rights campaigners, feminists and suffragists. These individuals and their organizations are listed here to provide an overview of the primary sources for women's history in the archives and manuscript collections of the IISH. International Guide | Dutch Guide (Dutch text) For more information about the collections, please contact the IISH Reading Room.

History of American Women Olga Suvorova Olga Suvorova "Olga Suvorova was born in St Petersburg in 1966 and studied monumental composition at the famous Repin Institute of Fine Arts in St Petersburg. She has been influenced by her parents, Igor and Natalya, both highly praised artists in St Petersburg. Other influences include Gustav Klimt, Piero della Francesca, and traditional Russian icons. Olga's talent was rewarded with a unique exhibition in the Institute in the spring of 1990; in 1993 she was awarded first prize for her year. Her paintings of the players in "Comedia de arte" have a haunting quality that sets her apart from the many young talented artists emerging from the Institute.

Women's contributions and accomplishments for the most part have been
overlooked and consequently omitted from mainstream culture. The
National Women's History Museum will help fill that void. by nda_librarian Apr 30