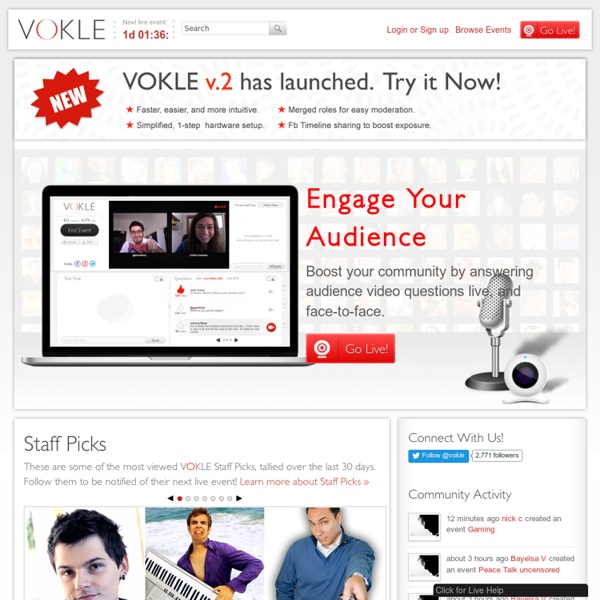 Sharp Eye Animation November 26, 2014 – Palo Alto, California People Love Watching Videos People prefer to watch a video than have to read (which to some is actually like work!). If your company, products, or service requires any sort of explanation, your audience will respond with much greater force when watching a video. They’ll remember it much longer too!

50 new tech tools you should know about Many have referred to Path as the "anti-Facebook" for its attempts to make social networking more personal . CNN social media savant Victor Hernandez offers his biannual list of 50 new tech toolsThese apps can help you shoot better smartphone photos or catalog your bottle-cap collection (CNN) -- You may have dozens of apps on your phone and scores of websites bookmarked on your laptop, but that doesn't mean you have all the latest tech tools at your fingertips. New mobile apps, services, social networks and other digital tools pop up so frequently that keeping up with them is a nearly impossible task. Just when you think you're up to date, something newer and hipper comes along.

5 Innovative Animation Tools for Teachers Move over, Disney. Step aside, Pixar! It’s now easier than ever for casual users to create fun, engaging animations. Survey reveals when it is not okay to use your smartphone A new survey by GfK for financial media firm TheStreet reveals that it's hard to find a general consensus on where and when to use a smartphone. However, one thing was clear from the survey - younger generations are far more tolerant of mobile use than those older. While almost half (46%) of those age 65 and older believe using a mobile while watching television is not okay, just 21% of those between the ages of 18 to 34 agree. Web 2.0 teaching tools to enhance education and learning — Edjudo 3D Projects Alice – Alice is an innovative 3D programming environment (free) Blender – Excellent open source 3D content creation suite (free, must install) PhotoSynth – A Microsoft web application that takes your photos, mashes them together and recreates a 3D scene out of them that anyone can view and move around in.

10 Tips to Help Master Prezi Last week, I spent two days teaching Prezi at the Langley Center for New Media. As the event came to a close, a few attendees asked if I could sum up more than 16 hours of teaching in a top 10 list. Well, here’s my first stab at 10 tips that should help you become a better Prezi presenter and publisher. 4 Reasons Your Web Design Is A-OK It's easy for website owners and those who manage digital presences to get wrapped up in what their site does not have. This is because if they can imagine a bell or whistle, there's a big chance the 'Net offers it or there is someone who can implement it. The digital grass is, of course, greener on other sites, but there is reason to believe that your Web design is A-OK (and likely better than you think). Let us explore four reasons why. It Passes Google's Mobile-Friendly Test Anyone worth their virtual salt understands consumers' propensity toward navigating the Web on their smartphones, which is why they have ensured their site renders properly regardless of the device in which a user is accessing it on.

- Evernote For Schools Site: Resource for Using Evernote in Education 0 Comments February 17, 2012 By: David Andrade Feb 17 Written by: 2/17/2012 6:54 AM ShareThis Evernote. The 4 Best Free Alternatives To Microsoft PowerPoint In this article, I’m going to show you the 4 best, free Powerpoint alternatives to PowerPoint. If you’re looking for a new way to present your material without getting too far away from PowerPoint’s concept, you’ll find these apps useful. If you want to escape PowerPoint’s grasp once and for all, we can help you with that as well. 1. Google Docs Presentation My favorite alternative when it comes to replacing Microsoft applications is usually Google.

Do You Want To Live Forever? Documentary <a href=" feed</a> British biomedical gerontologist, Dr. Aubrey de Grey dispute one of the fundamental assumption about the human being, that aging is inescapable. Aubrey claims that aging is a disease that should be treated.