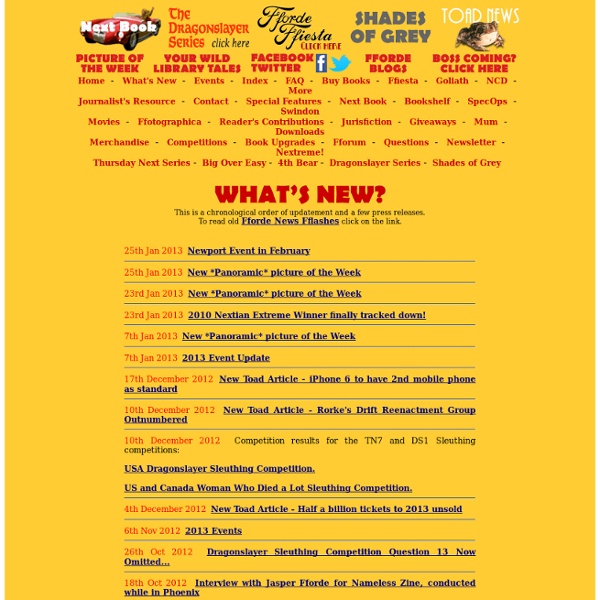 Raymond Carver Raymond Clevie Carver, Jr. (May 25, 1938 – August 2, 1988) was an American short story writer and poet. Carver was a major writer of the late 20th century and a major force in the revitalization of the American short story in literature in the 1980s. Early life[edit] Carver was born in Clatskanie, Oregon, a mill town on the Columbia River, and grew up in Yakima, Washington.[1] His father, a skilled sawmill worker from Arkansas, was a fisherman and a heavy drinker. Writing career[edit] Carver continued his studies first at Chico State University and then at Humboldt State College in Arcata, California, where he studied with Richard Cortez Day and received his B.A. in 1963. In the mid-1960s Carver and his family lived in Sacramento, California, where he briefly worked at a bookstore before taking a position as a night custodian at Mercy Hospital. His first short story collection, Will You Please Be Quiet, Please? Personal life and death[edit] Decline of first marriage[edit] "But I couldn't.

Bantam (poultry) For the band, see Bantam Rooster. For the Jake Thackray album, see Bantam Cock. For the Merrie Melodies "Banty Rooster" character see Banty Raids. Banty Rooster is also a blues song created by Charley Patton which inspired Howling Wolf and Willie Dixon to compose the Little Red Rooster. Most large chicken breeds have a bantam counterpart, sometimes referred to as a miniature. Miniatures are usually one-fifth to one-quarter the size of the standard breed, but they are expected to exhibit all of the standard breed's characteristics. Bantams are suitable for smaller backyards as they do not need as much space as other breeds. In contrast, the Bantam rooster is famous in rural areas throughout the United Kingdom and the United States for its aggressive, "puffed-up" disposition that can be comedic in stature. Many bantam hens are renowned for hatching and brooding. Old English bantam roosters were commonly used for fighting in Europe. Birds designated as true bantams include:

Susan Sontag: Notes On "Camp" Published in 1964. Many things in the world have not been named; and many things, even if they have been named, have never been described. One of these is the sensibility -- unmistakably modern, a variant of sophistication but hardly identical with it -- that goes by the cult name of "Camp." A sensibility (as distinct from an idea) is one of the hardest things to talk about; but there are special reasons why Camp, in particular, has never been discussed. It is not a natural mode of sensibility, if there be any such. Indeed the essence of Camp is its love of the unnatural: of artifice and exaggeration. Though I am speaking about sensibility only -- and about a sensibility that, among other things, converts the serious into the frivolous -- these are grave matters. Taste has no system and no proofs. To snare a sensibility in words, especially one that is alive and powerful,1 one must be tentative and nimble. These notes are for Oscar Wilde. 1. 2. 3. 4. 5. 6. 7. 8. 9. 10. 11. 12. 13. 14.

25 Ideas for Making a Wedding Awesome Well, it’s wedding season. Because it’s wedding season, that means you’re going to be sitting through a ton of weddings (duh). You may be falling asleep, texting, doodling or getting annoyed by your ex who is flirting with your cousin (she is doing that on purpose). 1.) 2.) 3.) 4.) 5.) 6.) 7.) 8.) 9.) 10.) 11.) 12.) 13.) 14.) 15.) 16.) 17.) 18.) 19.) 20.) 21.) 22.) 23.) 24.) 25.) Source The Mystery of Charles Dickens by Joyce Carol Oates Charles Dickens: A Life by Claire Tomalin Penguin, 527 pp., $36.00 Charles Dickens: A Life (Waterstone’s Special Edition) by Claire Tomalin, with an appendix of selected letters by Dickens London: Viking, 542 pp., £30.00 The life of almost any man possessing great gifts, would be a sad book to himself. Is Dickens the greatest of English novelists? London. Fog everywhere. And equally characteristic of Dickens, a chapter opening in the lesser-regarded and uncompleted The Mystery of Edwin Drood, in which a natural observation acquires a portentous metaphoric significance: Irresistibly the reader is drawn into the voice—exquisitely lyric, yet with a profound melancholy beneath—of the child Philip Pirrip—“Pip”—of Great Expectations: Ours was the marsh country, down by the river, within, as the river wound, twenty miles of the sea. The narrative is present-tense; the mood is suspenseful. This is a very small episode in the life of Dickens, but it allows us to see him in action….

1920's Wedding Style Ideas | Vintage Wedding | Reception Ideas Perfect for: Extravagant Weddings, Intimate Weddings A 1920s themed wedding is glamorous, fun loving and mischievous! Locations An art deco style venueA dark club or room decorated to match the theme. Decorations Decorate the venue like a 1920′s speakeasy. Music and Entertainment Blues, Ragtime and Jazz. “The Charleston Charlies” a 20s style band. This band captures the heart of the Roaring 20′s with their fun loving, mischievous performance. Click here to find out more. Favours Lace HandkerchiefsFeather Hand FansSnuff BoxesFountain PensBags of Humbugs Food Authentic 20′s dishes include breast of chicken a la Rose and the ever popular Waldorf salad. Clothes and Accessories Dresses at the time were dropped waist, the flapper dress became very popular in 1924.Look in vintage shops or online for an original 1920′s dress.Commission a reproduction dress for yourself and the bridesmaids.Wear a lace cloche (hat) and carry a vintage hand bag.Have a look at the beautiful dresses at ‘Calm amongst the Chaos‘.

Books By Bob White Very Tres Chic: Opulent 1920s Wedding Bouquets Large and lavish describes wedding bouquets from the 1920s. Some sported many streamers with bows tied up and down the ribbons. Many bouquets use lots of Maiden Hair ferns. They sometimes tied tiny sprigs of the ferns into the ribbon bows on the steamers. You can see the ferns in the ribbons in this bouquet. This stunning bouquet features lilies. Notice the Shepherds hooks for the bridesmaids.

130, Italo Calvino Upon hearing of Italo Calvino’s death in September of 1985, John Updike commented, “Calvino was a genial as well as brilliant writer. He took fiction into new places where it had never been before, and back into the fabulous and ancient sources of narrative.” At that time Calvino was the preeminent Italian writer, the influence of his fantastic novels and stories reaching far beyond the Mediterranean. Two years before, The Paris Review had commissioned a Writers at Work interview with Calvino to be conducted by William Weaver, his longtime English translator. —Rowan Gaither, 1992 Italo Calvino was born on October 15, 1923 in Santiago de Las Vegas, a suburb of Havana. The future writer studied in San Remo and then enrolled in the agriculture department of the University of Turin, lasting there only until the first examinations. Afterward, Calvino began writing, chiefly about his wartime experiences. In 1956 Calvino published a seminal collection of Italian folktales. —William Weaver

The Internet Guide to Jazz Age Slang Below you will find an alphabetical listing of slang words used in the "Jazz Age" (generally taken to mean the years of the Roaring Twenties and the Great Depression). The Jazz Age was the first modern era to emphasize youth culture over the tastes of the older generations; the flapper sub-culture had a tremendous influence on main stream America--many new words and phrases were coined by these liberated women. These are the most common words and phrases of the time, many of which you may be surprised to note are still very much in use today! Some entries were the exclusive domain of students (or rather, those of student age; only a very small percentage of the population attended college) or flappers and have been indicated as such with italicized monikers. Note: the majority of the entries were gleaned from a great slang dictionary called Flappers 2 Rappers, written by Tom Dalzell (Merriam-Webster, 1996). earful: enough edge: intoxication, a buzz. i.e. jack: money Jake: great, i.e.

Kurt Vonnegut on Reading, Boredom, Belonging, and Hate by Maria Popova “Hate, in the long run, is about as nourishing as cyanide.” What makes the commencement address such a singular pinnacle of the communication arts is that, in an era where religion is increasingly being displaced by culture and secular thought, it offers a secular version of the sermon — a packet of guidance on how to be a good human being and lead a good life. It is also one of the few cultural contexts in which a patronizing attitude, in the original sense of the term, is not only acceptable but desired — after all, the very notion of the graduation speech calls for a patronly father figure or matronly mother figure to get up at the podium and impart to young people hard-earned, experience-tested wisdom on how to live well. Kurt Vonnegut — a man of discipline, a champion of literary style, modern sage, poetic shaman of happiness, and one wise dad — endures as one of the most prolific and sought-after commencement speakers of all time. We are supposed to be bored.

Real Weddings - 1920's Inspired Vintage Wedding | Junebug Weddings The Couple: Shareen and Lee The Wedding: 8.5.12 – Linden Gardens, Kaleden, British Columbia What three adjectives best describe your wedding? Sunny, swinging, authentic What was your wedding color palette? What inspired your personal wedding style, and how did you incorporate your style and personalities into your big day? Looking back, what are the moments, decisions or memories that you love the most about your wedding? What piece of advice would you give to a bride planning her wedding today? The Wedding Team: Thank you Shareen and Lee!

Writers Who Published Great Books Before Age 25 Picture it: teenage Mary Shelley was on a vacation getaway, with her husband Percy and some of his rambunctious poet friends, like that rogue Lord Byron… and out of the group of legends, it’s Shelley herself who arguably published the greatest work of all at the ridiculous age of 20: Frankenstein; or, The Modern Prometheus, a book that has penetrated our human consciousness. In honor of Shelley’s birthday this month, here’s a list of 25 other writers who created heartbreakingly beautiful work before they could get a discount on a rental car or have their publishers demand an active Twitter account. If you’re 26, get on out of here. (However, interestingly enough, 26 seems to be a magic age for a lot of writers, starting with Thomas Pynchon, which is a whole other list.) Norman Mailer — The Naked and the Dead Mailer became a star when this book was published.

1920's Garden Party Wedding in Norfolk By Nicola Thompson Today’s wedding is full of 1920′s glamour, mixed with country fun in this gorgeous wedding brought to you courtesy of the fabulous Nicola Thompson. There are so many elements of this wedding that I love, the wonderful photography, the gorgeous bride and groom, the stunning Jenny Packham dress, the food, the flowers, the décor and the fabulous fireworks display! What a wonderful wedding! ‘A 1920’s themed fizz-filled Norfolk country garden party and afternoon tea, with a serious set of fireworks and sparklers to round off the celebrations.’ Maddy and Ross were married on 20th July at Wolterton Hall, Norfolk. How they met We went to school together from when we were 8 to 12, then stayed friends but weren’t in touch much. The proposal It was the last morning of our holiday in Cambodia. Why did you choose your photographer? The dress Jenny Packham Ruby dress, with Jenny Packham headdress, veil and earrings. Theme or colour scheme Blue, pale pink and white. Supplier Shout Outs