How to use Pearltrees - Google Search 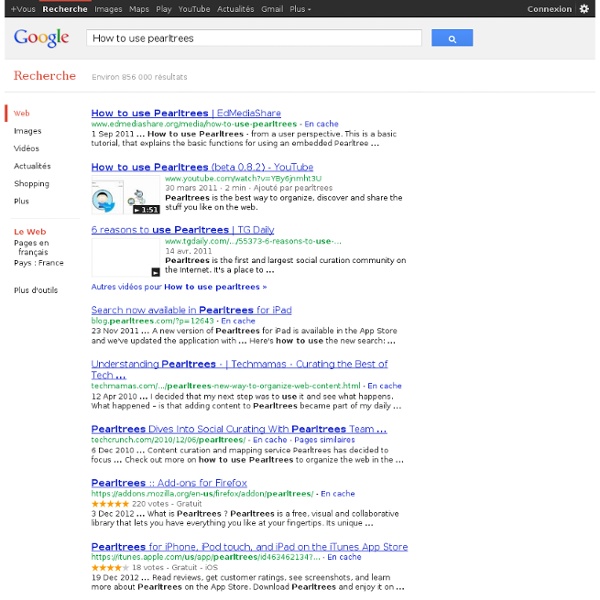 Folk Music - Lomax: Research Center The Sound Recordings catalog comprises over 17,400 digital audio files, beginning with Lomax’s first recordings onto (newly invented) tape in 1946 and tracing his career into the 1990s. In addition to a wide spectrum of musical performances from around the world, it includes stories, jokes, sermons, personal narratives, interviews conducted by Lomax and his associates, and unique ambient artifacts captured in transit from radio broadcasts, sometimes inadvertently, when Alan left the tape machine running. Not a single piece of recorded sound in Lomax’s audio archive has been omitted: meaning that microphone checks, partial performances, and false starts are also included. This material from Alan Lomax’s independent archive, begun in 1946, which has been digitized and preserved by the Association for Cultural Equity, is distinct from the thousands of earlier recordings on acetate and aluminum discs he made from 1933 to 1942 under the auspices of the Library of Congress.

101 Innovations in Scholarly Communication: How researchers are getting to grip with the myriad of new tools. There has been a surge of new scholarly communication tools in recent years. But how are researchers incorporating these tools into their research workflows? Jeroen Bosman and Bianca Kramer are conducting a global survey to investigate the choices researchers are making and why. Insights from these surveys will be valuable for libraries, research support, funders, but also for researchers themselves. Are we witnessing a major overhaul of scholarly communication rules and tools? In the last six months alone, this blog has featured posts on all phases of the research cycle. Avalanche of tools Almost half of the tools in our database of scholarly communication tools were created since 2013. Simple model We use a simple model to get a grip on this abundance and variety of tools. Global survey We think the survey can become one of the largest multilingual surveys into researcher practices. Workflows and interoperability Towards a scholarly commons? About the Authors

United States: Pictures, Videos, Breaking News 16 skills students need to learn today to thrive tomorrow The gap between the skills people learn and the skills people need is becoming more obvious, as traditional learning falls short of equipping students with the knowledge they need to thrive, according to the World Economic Forum report New Vision for Education: Fostering Social and Emotional Learning Through Technology. Today's job candidates must be able to collaborate, communicate and solve problems – skills developed mainly through social and emotional learning (SEL). Combined with traditional skills, this social and emotional proficiency will equip students to succeed in the evolving digital economy. What skills will be needed most? An analysis of 213 studies showed that students who received SEL instruction had achievement scores that averaged 11 percentile points higher than those who did not. Good leadership skills as well as curiosity are also important for students to learn for their future jobs.

Internet Archive: About IA The Internet Archive, a 501(c)(3) non-profit, is building a digital library of Internet sites and other cultural artifacts in digital form. Like a paper library, we provide free access to researchers, historians, scholars, the print disabled, and the general public. Our mission is to provide Universal Access to All Knowledge. We began in 1996 by archiving the Internet itself, a medium that was just beginning to grow in use. As our web archive grew, so did our commitment to providing digital versions of other published works. 588 billion web pages 28 million books and texts 14 million audio recordings (including 220,000 live concerts)6 million videos (including 2 million Television News programs) 3.5 million images 580,000 software programs Anyone with a free account can upload media to the Internet Archive. Because we are a library, we pay special attention to books. Like the Internet, television is also an ephemeral medium.

Ossian Sweet defied segregation. Now his Detroit home will be a museum. | Bridge Magazine The all-white jury couldn’t reach a verdict, and Frank Murphy, a future U.S. Supreme Court justice, declared a mistrial. After Henry Sweet was acquitted by another all-white jury, the charges against the rest were dismissed. ‘Transference of authority’ Baxter’s parents, William and Ruby, bought the house in 1958 for $15,000 after his mother recalled seeing it in a dream. Over the years, the home attracted interest from the media and, in 1975, Baxter’s father turned down an interview from a local newspaper about Sweet because of a past misquote. “When that happened, it was a transference of authority from my dad to me,” Baxter said. Baxter has traveled across the country over the years, hosting talks about Sweet, his legacy and his experiences of growing up in the house on Garland. The first phase of the restoration should begin in April, with planned updates including restored electricity, piping and furniture. Over the years, the neighborhood has deteriorated. Tragedy also followed Sweet.