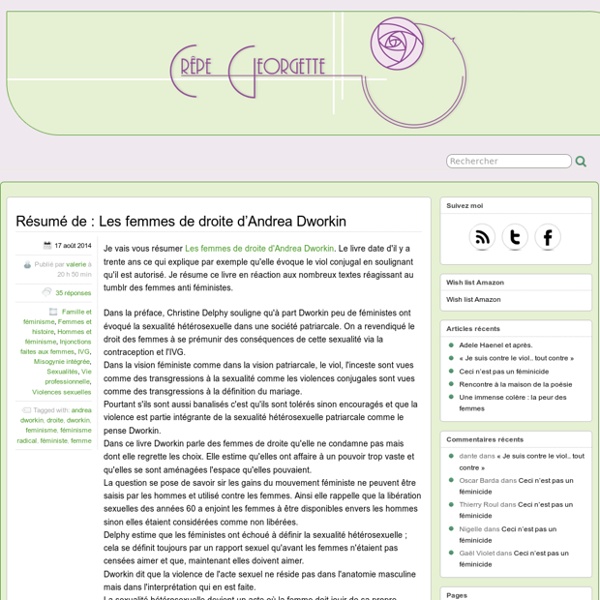 <i>On female body experience: "Throwing like a girl" and other essays</i> In lieu of an abstract, here is a brief excerpt of the content: Although women have made great strides, Iris Marion Young maintains that "the image of the woman has not ceased being that of the Other" (3). Women's actions and opportunities continue to be constrained by sex- and gender-specific roles and too often, women's voices are rendered inaudible. Accordingly, On Female Body Experience: "Throwing Like a Girl" and Other Essays investigates different aspects of women's lived bodily experiences. The essays, spanning over two decades of Young's insightful and original scholarship, aim to expose the tensions between the social norms that invest the female body and women's lived experiences.

19 Ways Of Looking At Queer Life That Made Us Think Differently In 2014 The end of the year is upon us and we'll be spending the last week of 2014 looking back at some of the biggest, best, worst and most inspiring moments and people of the year. One of the things we're the proudest of at Gay Voices is our bloggers. Some are famous, some are ferocious, some are just regular people who have something they want to say to or about the queer community -- but we are grateful for every last person who has shared their opinions with us and thereby allowed us to start important discussions. Below we've gathered portions of 19 of our favorite blogs from 2014. From a look at lesbian sex positions to life as a genderqueer person to a beautiful transgender love story to Executive Editor Noah Michelson's thoughts on dick pics, here are some of the pieces we loved for making us think twice about what it means to be queer... and human.

Homeward Bound I. The Truth About Elite Women Half the wealthiest, most-privileged, best-educated females in the country stay home with their babies rather than work in the market economy. When in September The New York Times featured an article exploring a piece of this story, “Many Women at Elite Colleges Set Career Path to Motherhood,” the blogosphere went ballistic, countering with anecdotes and sarcasm. Slate's Jack Shafer accused the Times of “weasel-words” and of publishing the same story -- essentially, “The Opt-Out Revolution” -- every few years, and, recently, every few weeks. (A month after the flap, the Times' only female columnist, Maureen Dowd, invoked the elite-college article in her contribution to the Times' running soap, “What's a Modern Girl to Do?” about how women must forgo feminism even to get laid.)

Tina Fey Summed Up Kim Kardashian's Nude Photo Shoot 3 Years Before It Even Happened No, Tina Fey isn't clairvoyant, but she did hint at why so many of us can't take our eyes off of Kim Kardashian's recent nude photo shoot with Paper Magazine in her book Bossypants three years ago. As Twitter user Ryan Nelson pointed out on Nov. 13, Tina Fey briefly discussed Kim K's booty in her best-selling memoir Bossypants and summed up why we're all so enamored with it better than any blog, think piece or news article has in the last three days. If you're reading this on a mobile device, here's the full text: "I think the first real change in women’s body image came when JLo turned it butt-style. That was the first time that having a large-scale situation in the back was part of mainstream American beauty. Girls wanted butts now.

Polyamorous Relationships Are About More Than Just Couples  Over the past few years, polyamory has become a more widely known term and practice. And perhaps inevitably, certain misconceptions and misunderstandings about what "polyamory" means have become widespread as well. It would be unfortunately difficult to say which among these misunderstandings is the most common, or the most hurtful to polyamorous folks.

Harvard Business School study: It's not kids but husbands that hold women's careers back. Photo by Kevork Djansezian/Getty Images Almost a decade ago, the writer Linda Hirshman exhorted ambitious women to marry men with less money or social capital than they had. In articles and her book, Get to Work, she told women that they should avoid ever taking on more than half of the housework or child care.

'My Husband And I Have An Open Marriage'  By Jenny Block I was 17 when my sexual education began. "You are responsible for your own orgasm," my boyfriend told me. He was the guy I lost my virginity to, the guy I had my first orgasm with, and the guy whose words would one day become my mantra: I am responsible for my own orgasm. I believe that literally and figuratively. In bed, I play an active role in getting what I want.

All-Male Iowa Supreme Court Rules Firing Of Woman For Being Too Attractive Was Legal IOWA CITY, Iowa -- The Iowa Supreme Court on Friday stood by its ruling that a dentist acted legally when he fired an assistant because he found her too attractive and worried he would try to start an affair. Coming to the same conclusion as it did in December, the all-male court found that bosses can fire employees they see as threats to their marriages, even if the subordinates have not engaged in flirtatious or other inappropriate behavior. The court said such firings do not count as illegal sex discrimination because they are motivated by feelings, not gender.

In defense of Kim Kardashian and her critics Celebrities create contention. They often appear to break social conventions when in fact they themselves are confined within them. This is entirely apparent in the case of Kim Kardashian’s “break the internet” shoot in Paper magazine. Kardashian’s photos have been met with a mixed reaction. New Male Birth Control Pill Too Good to Be True? where’s a spoonful of sugar when you need it? THE INTERNET apparently has a very short memory. Case in point: approximately every six months, we get a slew of articles proclaiming that “The Male Pill is Coming” and “Male Birth Control Pill Is Finally Here.” What does this repetitive but hopeful enthusiasm tell us? Firstly, that, despite the fact that the female birth control pill has been on the market for some fifty-odd years and Viagra got invented, creating a male Pill has proven too complicated (or so we’re told).

Five Ways You Can Promote Gender Equality in Your Workplace  Gender equality continues to be one of the largest movements of our generation. Out of the eight Millennium Development Goals (MDGs) set by the United Nations in 2000, the third goal listed is "promote gender equality and empower women." November 25th marked the International Day for the Elimination of Violence Against Women and launched the 16 Days of Activism against Gender-Based Violence Campaign which concludes on December 10, Human Rights Day.

In Defense Of Gaga: Our Favorite "Slut" On Monday, Staten Island’s borough president James Molinaro made all the headlines he probably will this year by railing against Lady Gaga. I understand the need to “stop glorifying drug use in the media,” but let’s get things straight here: Molinaro called Gaga a slut for smoking what appeared to be a marijuana cigarette on stage in Amsterdam during her concert last week. Quoted in the Staten Island Advance, Molinaro said: “There’s Gaga. Here’s this … this … I would call her a slut. This slut is influencing many, many children.”