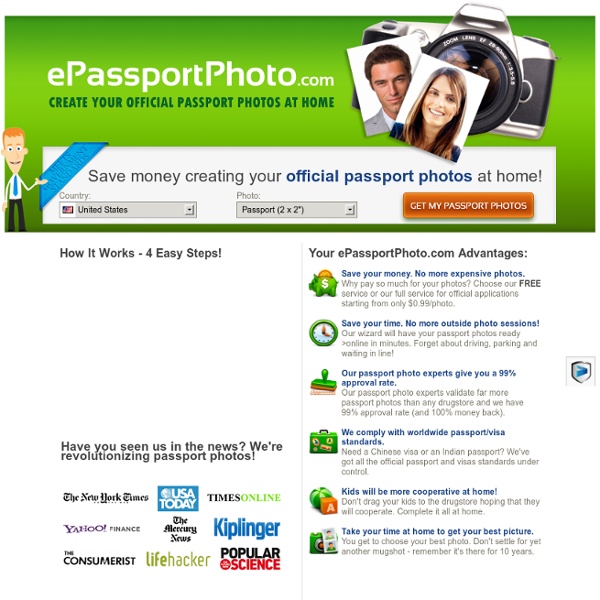 Cartoon.Pho.to - Convert your photo to cartoon and animate your face with various emotions! Create a funny caricature from photo. US Census Bureau releases public API for mobile and web developers The US Census Bureau has released its very first public API, allowing developers to create web and mobile apps based on the government's collection of demographic and economic statistics. The Bureau launched the API Thursday, alongside a new "app gallery" website where users can view and download apps that have already been built. With the API, developers will have access to two sets of statistical databases: the 2010 Census, and the 2006-2010 American Community Survey. The Census Bureau is encouraging developers to create apps that are customized to consumer needs, and to share their ideas on its Developers Forum page. With its API and new web platform, the Bureau is aiming to expand its data to broader audiences, while heeding President Obama's call for greater digital transparency across government agencies.

Win XP 20 things you do not know - Windows Tips &#039;n&#039; Tweaks Now it's time to delve a bit deeper and uncover some of Windows XP's secrets. 1. It boasts how long it can stay up. 2. 3. 4. 5. 6. 7. 8. 9. 10. Make People Fat in Photoshop Today we will learn how to add gratuitous amounts of weight to someone in your photos. I would recommend that you use the technique on picture of yourself, celebrities, Facebook/MySpace friends, or whoever you want to see with a bit more pudge. You should have a basic knowledge of Photoshop and the paths tool to complete this tutorial. Once you get a hang of it you can enlarge people in a matter of minutes. Step 1 Find a Photo Find a photo of someone who needs a big more pudge. Step 2 Preparation Open up your image in Photoshop and use the pen tool (or the marquee if you must) to isolate your subject. Step 3 General Fattening Bring your subject into the liquify filter by going to Filters-Liquify. The idea is to use the Forward Warp Tool (W), and the Bloat Tool (B) to make the subject fat. With the bloat tool, you should just put your cursor over the place you want to be bloated and click once. Step 4 Feature fattening Step 5 Clean up Now your subject should be fat!

Exobrain - Brainstorming tool and interactive web application CodeFromThe70s.org Desktop Earth is a wallpaper generator. It creates desktop backgrounds that are accurate representations of the Earth. The imagery is based on NASA's Blue Marble Next and Earth's City Lights. Day and night is accurately represented depending on the Sun's overhead position, which depends on the time of day and the day of the year. Available for Windows. Zeezed Sign documents online | HelloSign