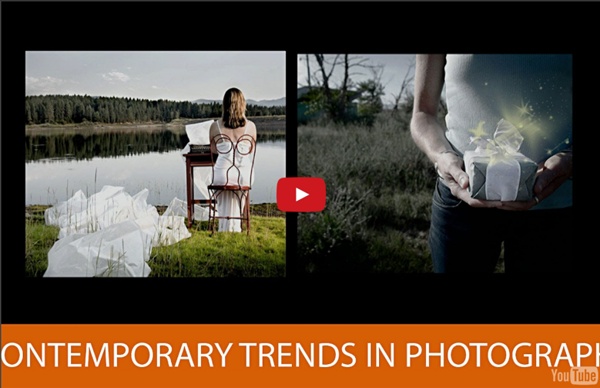 Martin Eder Skip to main content Martin Eder May contain nudity Browser Sort by: Popularity A-Z Date Loading... Gestalten.TV Gestalten Network The Polaroids of Andrei Tarkovsky : The Mystery of Everyday Life Polaroid by Andrei Tarkovsky from the book Instant Light: Tarkovsky Polaroids from Thames and Hudson. “Never try to convey your idea to the audience,” said Russian filmmaker Andrei Tarkovsky, “—it is a thankless and senseless task. Show them life, and they’ll find within themselves the means to assess and appreciate it.” Tarkovsky is best known for such cinematic masterpieces as Solaris, The Mirror, Andrei Rublev, and Stalker. “We can express our feelings regarding the world around us either by poetic or by descriptive means,” Tarkovsky explained in an 1983 interview with Hervé Guibert in Le Monde. I prefer to express myself metaphorically. Andrei Tarkovsky, Stalker (still), 1979. Andre Tarkovsky on the set of Mirror. Tarkovsky’s unhurried, profound films explore themes like memory, childhood, and dreams, and are the antithesis of the Hollywood obsession for rapid-cut editing. I think people somehow got the idea that everything on screen should be immediately understandable. “What is art?

Kyle Thompson - Fine Art 5 Painless Steps for Getting Rid of the Fear of Street Photography Once and for All “Look at me,” he said. Complying, I turned in the man’s direction. “Look me in the eyes!”… I tried to raise my eyes and look into his, but I couldn’t. Actually, I couldn’t look anyone in the eyes at that point, it felt weird and uncomfortable. That’s how shy I was and how much I feared people … I couldn’t even look at my own brother in the eyes! If you’re like I was, here are a few steps I suggest you take to get into street photography without fear. Step 1: Understanding Fear Fear is good… Crazy, right? You will not wake up one day and be fearless; it’s small steps and small victories that lead to fearlessness. Step 2: Acknowledge people Look at this picture I took in Haiti: Eek. “Look at me! Weird, huh? I remember I was in a subway once and a guy was drawing. Start going out on the streets without your camera and acknowledging people. Here’s an idea to ponder on: people react to you depending on the energy you put out. Step 3: Making photographs Step 4: Engage and Disengage Conclusion

Tutorial: Creating a Surreal, Conceptual Photo Using 'Zone Lighting' In this tutorial I’d like to demonstrate that you don’t need expensive studio flashes to create a complex scene with subtle lighting. I haven’t yet seen anyone else do this quite the same way and there doesn’t seem to be a name for it, so I named the process “zone lighting”, a form of exposure blending by dividing the scene in different zones. But let’s start with a little bit of background about the project and its concept. The Concept Our biggest and most stressful project in life may be the reinvention and reformation of our own selves. After our kickoff meeting, I developed the concept based on an earlier idea of mine: An old woman sewing a long dress that flows onto the floor and ends in a young, beautiful woman, the old woman’s former self. In the following weeks, the two main characters were established and a number of rough sketches drawn. First sketch Final sketch The Zone Lighting Process Working with zones had two major advantages. Zone lighting the ivy Mimic lamp light

Peter Funch: A Series Of Coincidental Coincidences Even with the advent of digital photography, good modern street photography is surprisingly hard to come by. There are a handful of photographers today that keep the scene fresh and exciting, with some of them bridging the gap between photography and art to create something new and affecting. Peter Funch belongs to that second group with his photographs of weird and curious coincidental coincidences. Peter Funch is a photojournalist based in New York City. He got started in photography while he was in school, bringing along his camera as it allowed him to tell stories in a way he was never able to do so before. Working as a photojournalist later on, he was never allowed to manipulate his photos (as is the practice of almost all newspaper groups). In order to make his stories, Funch would set up his camera at busy intersections of the city, often for ten to fifteen days at a time, and taking in the scenes that unfolded before his lens.

The Unphotographable: Photos that Try to Show that Which Can't be Photographed At the beginning of the year, the Fraenkel Gallery debuted an exhibition and book that approached photography from an interesting angle: the exhibit focused exclusively on “that which cannot be photographed.” Bringing together works by Alfred Stieglitz, Sophie Calle, Man Ray and more, Fraenkel wanted to display photos and compositions by photographers who tried to capture the impossible, such as thought, time, ghosts or even God. In the video above, Fraenkel talks a little bit about the exhibit and how the idea came to him. After running across works by Adam Fuss, Liz Deschenes and Idris Khan one right after the other a few years back, he immediately decided to seek out similar work. “I realized, these are photographers who are using photographic means to try to photograph something that is essentially unphotographable: thought, history, time, dreams,” says Fraenkel. “We started to think about what photographers might work?” (via DEVELOP Tube)