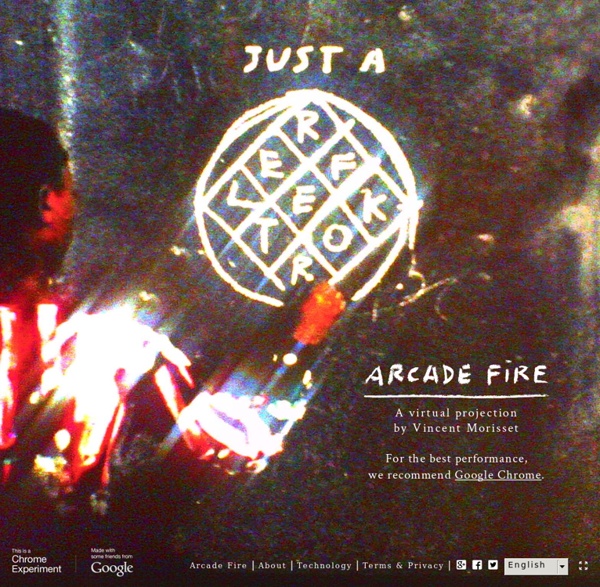 Slavery Footprint - Made In A Free World Nikola Tesla - Master of Lightning | Tribute by Aziz Natour 17 example of long-form online story/interactives with parallax effects and HTML5 video (Snow Fall-like) - daigo.orgdaigo.org There are just so many conferences that I wish I was going, but it is impossible to go to all of them. SABR National, SABR Analytics, AAJA, EyeO (I was lucky to go this year), SXSW (I’m going next year!) Sloan Sports Analytics Conference, Open Vis, NICAR, IEEE VIS Week, HTMLDevConf, Artifact, W3conf, Ampersand, FrontEndConf to name just a few…. and ONA is one of them. I was unable to go to Atlanta this past week, but I follow tons of people who were there on twitter and especially one of the session really piqued my interest. There is a pattern, such as bigger photo, parallax effect, larger font size with more white space, subtle (and sometimes not so subtle) css/js animation and html5 videos (as well as technique called cinemagraph) and stuff, and each tricks are not that difficult. Long form story telling examples UPDATE: More links and more links …and more links. Tool shed As I see more cool tools, I will add it here: Libraries Services I have not used them at all, so not an endorsement.

Firestorm: The story of the bushfire at Dunalley Turn autoplay off Turn autoplay on Please activate cookies in order to turn autoplay off Edition: About us Today's paper Subscribe Firestorm: The story of the bushfire at Dunalley The Guardian, Send to a friend Your IP address will be logged Share Short link for this page: Contact us Report errors or inaccuracies: reader@theguardian.com Letters for publication should be sent to: guardian.letters@theguardian.com Firestorm The photograph of the Holmes family hiding from a violent bushfire in Tasmania was shared around the world. Enter © 2016 Guardian News and Media Limited or its affiliated companies. Interactive documentary and the future of journalism Snowfall, a New York Times interactive experience which was released in December 2012, brought with it tweets hailing the piece as “the future of journalism”. More recently The Guardian released ‘Firestorm’, which again prompted the same response (from me included…) And the Huffington Post added Elaine Macmillion’s Hollow into the same category stating, ” Anyone who saw promise for the future of web-based journalism after watching/reading The New York Times’ highly innovative “Snowfall,” will positively be drawn to the work produced at “Hollow.” It is next level.” Realistically however, it is not the future of journalism, but it is certainly part of it. Journalism, as an industry, is suffering; the decline of print media, the decreasing newsroom budgets, the demands on journalists and the ongoing debates over paywalls and online advertisement. Back in 2009 The Guardian launched a couple of interactive documentaries, first ‘When was the internet invented?

Far Beyond Snow Fall — The Message “Innovation” As I was finishing a final draft of this essay, the Times’s Innovation Report was leaked. It’s meticulous and well worth your time. Dig through it. (For a tl;dr edition, Joshua Benton and his colleagues have done a great job pulling out some of the best bits. But the whole thing really deserves a solid reading.) Most gratifying about the report is nowhere does it say: The future of the Times is tied to complex, expensive, long-form, multi-media articles. Over the past few years, the design and content changes that have felt truly futuristic at the Times — the decisions that seemed to point to where an old company in a new medium could move visually — were much simpler and quieter than a “Snow Fall.” The standalone data visualizations accompanying, for example, elections or the Olympics have always felt true to the web and genuinely useful, and the Times has done them better and with more authority than most anyone else. Bridging futures As for “The Ballad’s” videos?

Serious Games Directory – Bayreporta Click on the picture to play! ITEMS ADDED: Jan 27, 2015 This page is dedicated to the many experiments in “serious gaming,” a catch-all term that focuses on games about real world issues in an attempt to either educate players or to entertain using real world ideas as a context for storytelling. These games run the gamut in terms of type: you have your basic quizzes, your choose-your-own-adventure-style games, and your full-blown simulation games. News games also fall into this category. The list below is updated irregularly as I run across new works. Quiz/Prediction Games Chicago Tribune Game Center: An idea involving “micro games” embedded throughout news stories. Breaking News/Developing Story Examples #RNC Spotter Guide: Track which GOP celebrities you saw at the #RNC! Data-Driven Interactives Budget Hero: Marketplace attempt to let player decide how to reduce Federal budget deficit. Choose-Your-Own Adventure-Style Are you a Slut? Strategy and Simulation Parody Other

Journalism and video games come together as a new form of storytelling in Brazil Picture this: In order to understand how the mafia works, you take on the role of an undercover cop posing as a globe-trotting drug trafficker. You answer questions about sex education to continue a strip tease performed by a model. To better understand the teachings of major philosophers, you engage in a battle of theories with them. Though it may sound like a joke, video games are gaining traction as a new way to deliver information on news and current events. Newsgames are a relatively new format for storytelling, spanning the divide between reporting and video games, and gaining more credibility in the journalism world. Media outlets like The New York Times, CNN and El Pais have experimented with stories where readers become players in a simulated world. One of those responsible for its success is Fred di Giacomo, who until July of this year was Núcleo Jovem’s editor and is now pursuing an independent career. Fred di Giacomo: I worked seven and half years at Abril.

In Climbing Income Ladder, Location Matters ATLANTA – Stacey Calvin spends almost as much time commuting to her job — on a bus, two trains and another bus — as she does working part-time at a day care center. She knows exactly where to board the train and which stairwells to use at the stations so that she has the best chance of getting to work on time in the morning and making it home to greet her three children after school. “It’s a science you just have to perfect over time,” said Ms. Calvin, 37. Her nearly four-hour round-trip stems largely from the economic geography of Atlanta, which is one of America’s most affluent metropolitan areas yet also one of the most physically divided by income. The low-income neighborhoods here often stretch for miles, with rows of houses and low-slung apartments, interrupted by the occasional strip mall, and lacking much in the way of good-paying jobs. “Where you grow up matters,” said Nathaniel Hendren, a Harvard economist and one of the study’s authors. The gaps can be stark. 10th percentile

NSA files decoded: Edward Snowden's surveillance revelations explained Two factors opened the way for the rapid expansion of surveillance over the past decade: the fear of terrorism created by the 9/11 attacks and the digital revolution that led to an explosion in cell phone and internet use. But along with these technologies came an extension in the NSA’s reach few in the early 1990s could have imagined. Details that in the past might have remained private were suddenly there for the taking. Chris Soghoian Principal technologist, ACLU NSA is helped by the fact that much of the world’s communications traffic passes through the US or its close ally the UK – what the agencies refer to as “home-field advantage”. The Snowden documents show that the NSA runs these surveillance programs through “partnerships” with major US telecom and internet companies. The division inside the NSA that deals with collection programs that focus on private companies is Special Source Operations, described by Snowden as the “crown jewels” of the NSA. Jeremy Scahill Fiber-optic cable

Home Appliance Energy Use In the United States, over 20% of our total energy consumption is residential. In fact, in the United States, we are the 7th largest per capita consumer of residential energy. Where is all of that energy going? About this data The data presented in this application was supplied and is derived from a number of sources, including: ENERGY STAR, a joint program of the U.S. Share Design Partner Pentagram, Lisa Strausfeld Gapminder: Unveiling the beauty of statistics for a fact based world view.