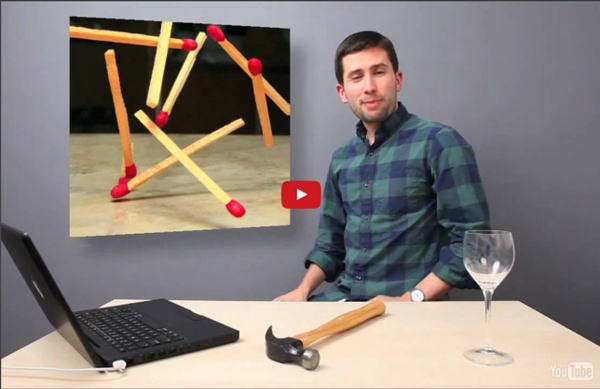 Feeding power to Arduino: the ultimate guide Let’s deal with the problems of the various powering modes for the most famous Arduino boards, in order to overcome doubts users may have and to provide useful advices. When you want to use an Arduino board in stand-alone mode, the first problem to face is the one of how to power it, once it is disconnected from the computer’s USB port. Unfortunately, a faulty knowledge of the theme of powering sometimes leads people to make unforgivable mistakes, since the first result is often that of seeing the board go up in smoke and almost always irremediably, since from that moment it will not work any more. In the premise it is good to point out that the article will deal with the powering modes of the Arduino boards operating at 5 V (UNO, MEGA, Duemilanove); a short, specific note will be dedicated to Arduino YÚN, that is still a 5 V board, but with features that are different from the other ones. Comparison between power supplies operating on AC and DC Unregulated linear power supply Arduino YUN

Brain Reading with Arduino? Leonardo Lupori and Raffaele Mazziotti are active in the field of neuroscience at Tommaso Pizzorusso’s lab at Neuroscience Institute CNR of Pisa respectively as molecular biologist and experimental psychologist. They created an Arduino-based and MATLAB-controlled tool called IOSIC (Intrinsic Optical Signal Imaging Chamber), powered by an Arduino Micro and focused on intrinsic optical signal (IOS) imaging apparatus to run experiments on the plasticity of the brain. Intrinsic optical signal (IOS) imaging is a functional imaging technique that has revolutionized our understanding of cortical functional organization and plasticity since it was first implemented, around 30 years ago. IOS is produced by the brain when processing information and is similar to the information recorded with the plethysmograph (the instrument to measure heart rate from a finger) and it is useful to investigate how the brain works You can download IOSIC code for the Arduino MICRO here.

Arduino Neural Network A Neural Network for Arduino This article presents an artificial neural network developed for an Arduino Uno microcontroller board. The network described here is a feed-forward backpropagation network, which is perhaps the most common type. It is considered a good, general purpose network for either supervised or unsupervised learning. The sketch is available for download by clicking here: ArduinoANN.zip. Backpropagation neural networks have been in use since the mid-1980s. So what's it good for? As the name implies, an artificial neural network, frequently abbreviated ANN, is a computing model inspired by nature. It might be convenient to visualize a neuron as a tiny electro-chemical switch which turns on when stimulated. In a software-based artificial neural network, neurons and their connections are constructed as mathematical relationships. In the feed-forward network we're building here, the neurons are arranged in three layers called the input, hidden, and output layers.

Inventor Reveals Secrets Behind Attacknid Walking Robot Toys Mantzel demonstrates a working prototype. Toy inventor and self-described adventure builder Jaimie Mantzel unlocked some previously unreleased videos showing his prototypes that led to the popular Combat Creatures Attacknid toy. Mantzel worked with the Wow! Below Mantzel demonstrates a working 3D printed prototype of the Attacknid. Perhaps more interesting is the video below showing two laser-cut prototypes for the Attacknid’s blasters. You can see how the mechanisms work, and you don’t even have to tear apart your favorite Attacknid to do it. Here’s a picture of the disc launcher from the video above, compared to the final product from the author’s own Attacknid. The prototype disc blaster on top compared to the production model below. I think the coolest videos are the two below. Attacknid Destroyer Sphere Launcher The first shows the prototype for the “Destroyer Sphere Launcher,” which fires little plastic “Powa Spheres.” Andrew Terranova

Category: Arduino - Ubiquitous   Codes With the eyes of a electronic engineer, the aim of this project is to research, if there is a way using Arduino and it‘s embedded technology to track falling rock motion and rotation, as well as the decent and impact. The advantage would be, to have tiny, easy accessible, reusable and affordable electronics. This would also dramatically shrink the costs of every experiment in that field. After one week's testing, we found that the challenge is how to store the data under a relative high frequency. The raw data in byte stored in SD card are re-combined after uploading to the computer and saved as a CSV file. A simple interface is builded with processing to send commend and receive data from the node. There is a restriction on the size of the node since it will be embedded inside a stone. A shrinked and hand soldered prototype has been built. In the first test, we sticked the node on the wheel of a bike to record the rolling speed and acceleration.

28BYJ-48 Stepper Motor with ULN2003 driver and Arduino Uno | 42 Bots First, lets see the little steppers in action! Our main character, StepperBot, is “instructed” to move in a square path on my coffee table, making 90 degree turns at the corners. Turning exactly at the right time and by the right angle is critical avoid falling off and crashing on the floor in an embarrassing pile of messy wires. The robot has no sensors for positioning, orientation, or a way to detect the edges of the table. Movement is controlled only by the number of pre-defined steps in each direction hard-coded in the sketch. What is so special about steppers A stepper motor can move in accurate, fixed angle increments known as steps. The 28BYJ-48 Stepper Motor Datasheet The 28BYJ-48 is a small, cheap, 5 volt geared stepping motors. Due to the gear reduction ratio of *approximately* 64:1 it offers decent torque for its size at speeds of about 15 rotations per minute (RPM). The motor has 4 coils of wire that are powered in a sequence to make the magnetic motor shaft spin.

Raspberry Pi SMS server - Open Electronics Project Summary: Raspberry Pi SMS Server - is the most light weight PHP SMS server works out of the box. It's just one open source software - gammu and one PHP program. Full Project: Raspberry Pi the SMS Server “Even till last week for sending SMS we used third party services from Internet. In some rare cases the SMSs did not reach the destination so our IT guys decided to buy an SMS server which will create our own facility for sending mass SMS. So the proposal was moved and eventually the SMS server was bought and put into operation. That was the point I decided to make a cheap yet very efficient SMS server on Raspberry Pi computer at a fractional price of that. Ever since the $4.7 GPRS shield reached from Aliexpress.com I was restless to put it into operation just to prove my point to our IT head that all sophisticated things are not that costly. So on one week end I finally got it soldered as per the video instruction sent by the kind vendor. Video Instruction: The bill of materials: 01.