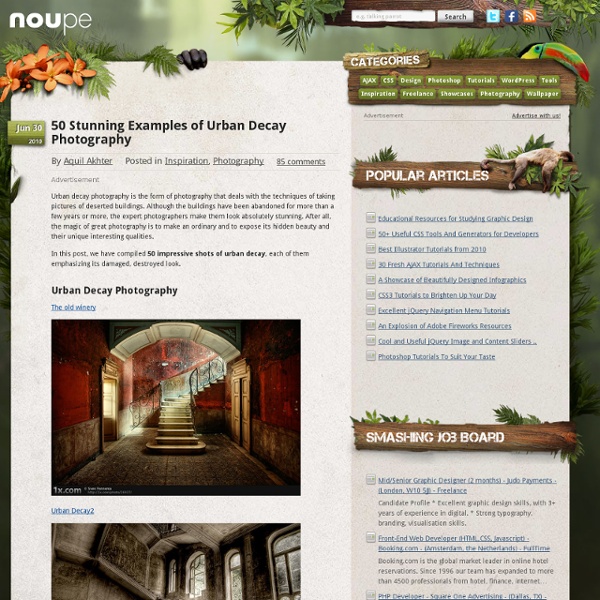 Abandoned Amusement Park Amusement park is the generic term for a collection of rides and other entertainment attractions assembled for the purpose of entertaining a large group of people. An amusement park is more elaborate than a simple city park or playground, usually providing attractions meant to cater to adults, teenagers, and small children. A theme park is a type of amusement park which has been built around one or more themes, such as an American West theme, or Atlantis. Most amusement parks have a fixed location, as compared to travelling funfairs and carnivals. Abandoned Six Flags Hurricane Katrina killed this clown. According to the photographer, “An abandoned Six Flags amusement park, someone spray painted ‘Six Flags 2012 coming soon’ on the wall above the downed head. But they were clownin.’ Six Flags will never rebuild here.” Welcome to Zombie Land kids! Chained dreams of fun at Six Flags New Orleans, abandoned Jazzland – that’s what Six Flags opened as “Jazzland” in 2000. Some photographers can see past the lifeless amusement park’s decay and desolation, showing us that there is still a chance the place could be cheery and not cheerless. Like a Bad Dream. Just in case you don’t know the scoop on what Hurricane Katrina did to New Orleans and Six Flags, this photo is of New Orleans, LA, on Sept. 14, 2005. Unlike the bleak amusement-less park above, some photographers can still see and share with us the echo of magic in the abandoned theme park Six Flags – even 6 years later in 2011. No lines for dead rides. Watch out for that tree! No one wants a ride?

Abandoned Places: 10 Creepy Abandoned Places: 10 Creepy, Beautiful Modern Ruins Abandoned Places | We humans are explorers by nature. The quest for discovery, both old and new, is part of what separates us from rest of the animal kingdom. Since the world we live in has been largely mapped and plotted, we urban adventurers turn our sights toward the relics of old and the ruins of the recent past. If you find beauty in urban decay, in the crumbling and abandoned places of yesteryear, you’ll want to read on. Abandoned Submarine Base, Ukraine In a bay on the northern shores of the Black Sea, the Soviet army maintained an elaborate submarine base throughout much of the Cold War. Abandoned Submarine Base Gallery The Ruins of Detroit by Marchand and Meffre In the United States, few cities have felt the burn of urban decay more than Detroit. Ruins of Detroit Gallery Beelitz Military Hospital, Berlin It is rare that a ruin like this should decay so gracefully and without the marks of vandalism. Beelitz Military Hospital Gallery

Urban Exploration / Exploration Urbaine - Online since 1998! The Ruins of Detroit Posted Feb 07, 2011 Share This Gallery inShare850 Up and down Detroit’s streets, buildings stand abandoned and in ruin. French photographers Yves Marchand and Romain Meffre set out to document the decline of an American city. From the photographers’ website: Ruins are the visible symbols and landmarks of our societies and their changes, small pieces of history in suspension. The state of ruin is essentially a temporary situation that happens at some point, the volatile result of change of era and the fall of empires. Photography appeared to us as a modest way to keep a little bit of this ephemeral state. William Livingstone House # Michigan Central Station # Atrium, Farwell Building # 18th floor dentist cabinet, David Broderick Tower # Bagley-Clifford Office of the National Bank of Detroit # Ballroom, American Hotel # Melted clock, Cass Technical High School # Old First Unitarian Church # Piano, Saint Albertus School # Woodward Avenue Presbyterian Church, built in the Gothic revival style in 1911 #

Fairytale Destinations Is it a dream or is it for real? These places will make you wonder whether you step into the land of magic and fantasy or still firmly stand on the ground. With unearthly nature, unreal landscapes or fairy tale architecture, these destinations will take you far away from your humdrum reality. Picturesque Colmar in France, considered the most beautiful city in Europe, looks like it came straight out of a fairy tale. This tiny town in Alsace is famous not only for its magically colourful old town. Colmar, situated along the Alsatian Wine Route, is called the "Capital of Alsatian Wine" - it boasts a sunny microclimate and is the second driest city in France, making it ideal for wine growing. As if being the wine capital was not enough, Colmar, with its pretty squares, fountains and canals, is also called the "little Venice" (la Petite Venise). The Lord of the Rings' scenery of Faroe Islands truly makes you believe the archipelago is inhabited by hobbits and elves. Saksun, Faroe Islands.

Mortuary Affairs EXPLORED! December 19th, 2010. History Lesson The city's first and only public hospital, [this place] closed in May 2001 after serving the residents for nearly two hundred years. Consisting of a number of clinics such as Women's Services, Detoxification Center, and Southeast Sexually Transmitted Diseases Clinic. The [hospital], the first public hospital established in 1806, was moved to this site in 1846. Present Day This is one of the sexiest morgues (probably poor choice of words) I've ever been in. Sections of this hospital closed in 1985 (admin), 1997 (psychiatric), 2000 (pediatrics) and 2001 for the autopsy/morgue. The entire set can be seen here Thanks for looking!

The world without us: Chernobyl Nature has made a determined comeback In the 20 years since Chernobyl's reactor No. 4 turned a bustling Soviet city into a ghost town. The people are gone, and in their place are now thriving populations of deer, elk, wild boar, wolves, and even lynx. Trees are pushing up through Lenin Avenue and moss is clinging to the broken sidewalks and abandoned buildings throughout the 19-miles that make up the Exclusion Zone. Tim Mousseau of the University of South Carolina has been studying the effects of radiation on Chernobyl's wildlife, and told National Geographic that despite the higher levels of genetic abnormalities, "one of the great ironies of this particular tragedy is that many animals are doing considerably better than when the humans were there." Radiation levels are still too high for long term exposure, but the Ukraine has opened up the nearby city of Pripyat to daytrippers looking to catch a glimpse of what an urban center would look like after 20 years without a human footprint.