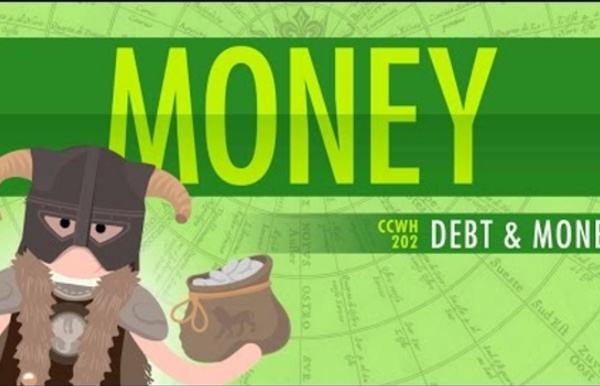 Scientists: Rich People, Poor People May Have Shared Common Ancestor ITHACA, NY—According to a study released this week by geneticists at Cornell University, substantial evidence indicates that rich people and poor people—disparate populations long thought to be entirely unrelated—may have once shared a single common ancestor. “After conducting careful DNA analysis, our research team was taken aback to discover that the wealthy and the working class actually have a considerable number of genetic similarities,” said study co-author Kenneth Chang, adding that despite the disparity between the modern-day affluent and low earners in terms of behavior, appearance, and lifestyle, numerous genetic markers revealed that their predecessors may have once lived beside one another without any noticeable differences. “Side by side, poor people and rich people look almost nothing alike, of course.

Degrees of Clarity - Utilitarianism and the Transplant Surgeon Objection » Downloadable RTF of this piece One of the most commonly-posed objections to the moral doctrine of hedonistic utilitarianism (read: principle of greatest utility, principle of greatest happiness, or whatever label pleases), the consequentialist prescription that advocates actions only which increase pleasure and decrease pain for all affected, is a thought experiment sometimes referred to as the “transplant surgeon.” It is so popular because, at best, it necessitates an examination of the lowest levels of the utilitarian philosophy, and at worst seems to present insurmountable difficulties for the died-in-the-wool utilitarian. In this piece I will examine the scenario and explain how it dovetails perfectly with standard utilitarian precepts, and how its objections are largely irrelevant. Philippa Foot poses the example as such: Five mortally ill patients are in care at a hospital, all of whom will soon die. Most observers intuitively say it is not right.

Money LOTTERY : British ticket holder scoops £148m EuroMillions jackpot "According to the Sunday Times Rich List 2012, the ticketholder will now be wealthier than the Duke of Cambridge and Prince Harry, who have land inheritance valued at £28m, actor Daniel Radcliffe with £54m and singer Adele at £20m. They will also be richer than Lewis Hamilton at £55m, footballer Wayne Rooney at £45m, at Twilight actor Robert Pattinson at £40m." (telegraph.co.uk)EuroMillions winners: we are now 'officially retired' - with a video "Dave and Angela Dawes reveal what they plan to do with the £101 million they have won from the EuroMillions jackpot.""The money will help out their families and friends... we've got 15 to 20 people that we are sort of going to make millionaires... we're going to buy a house over there (in Portugal) and we're going to get married next June..."

Why do we value gold? Mankind's attitude to gold is bizarre. Chemically, it is uninteresting - it barely reacts with any other element. Yet, of all the 118 elements in the periodic table, gold is the one we humans have always tended to choose to use as currency. Why?

Parable of the broken window The parable of the broken window was introduced by Frédéric Bastiat in his 1850 essay Ce qu'on voit et ce qu'on ne voit pas (That Which Is Seen and That Which Is Unseen) to illustrate why destruction, and the money spent to recover from destruction, is not actually a net benefit to society. The parable, also known as the broken window fallacy or glazier's fallacy, seeks to show how opportunity costs, as well as the law of unintended consequences, affect economic activity in ways that are "unseen" or ignored. The parable[edit] Bastiat's original parable of the broken window from Ce qu'on voit et ce qu'on ne voit pas (1850): Taking Woodstock The film premiered at the 2009 Cannes Film Festival,[2] and opened in New York and Los Angeles on August 26, 2009, before its wide theatrical release two days later. Plot[edit] Set in 1969, the film follows the true story of Elliot Tiber (Demetri Martin), an aspiring Greenwich Village interior designer whose parents, Jake (Henry Goodman) and Sonia (Imelda Staunton), own the small dilapidated El Monaco Resort in White Lake, in the town of Bethel, New York. A hippie theater troupe, The Earthlight Players, rents the barn, but can hardly pay any rent. Due to financial trouble, the motel may have to be closed, but Elliot pleads with the local bank not to foreclose on the mortgage and Sonia delivers a tirade about her struggles as a Russian refugee. The family is given until the end of the summer to pay up.

Why You Should Bribe Your Kids: A New Freakonomics Radio Podcast [MUSIC: Pearl Django, “La Rive Gauche” (from Under Paris Skies)] Stephen J. DUBNER: Hello, John List? The bitter tears of the American Christian supermajority The most persecuted minority in the United States is not Muslims, African-Americans or immigrants. It’s our Christian supermajority that’s truly oppressed. Verily, consider three anecdotes from the past few weeks. On March 2, three Baptist ministers in Akron, Ohio, arranged for the local police to mock-arrest them in their churches and haul them away in handcuffs for the simple act of preaching their faith.

People who made a difference -Biography Online In the list – People who changed the world I listed 100 people who influenced and changed the world. Often they are important public figures who made a big difference to changing the world. In this list I wanted to choose people who have made a difference to the world in a positive way. Their contributions may be less powerful and influential but I wanted a list which selected people who have really made a difference to improving the world. I have not tried to place people in ‘order’. Followership Followership refers to a role held by certain individuals in an organization, team, or group. Specifically, it is the capacity of an individual to actively follow a leader.[1] Followership is the reciprocal social process of leadership.[2] The study of followership (part of the emerging study of Leadership psychology) is integral to a better understanding of leadership, as the success and failure of groups, organizations, and teams is not only dependent on how well a leader can lead, but also on how well the followers can follow.[3] Specifically, followers play an active role in organization, group, and team successes and failures.[4] Effective followers are individuals who are considered to be enthusiastic, intelligent, ambitious, and self-reliant.[1] The emergence of the field of followership has been attributed to the scholar Robert Kelley.[4] Kelley[3] described four main qualities of effective followers, which include:

Global Freedom Movement Illustration of how Liquid Democracy Works via Wikipedia Liquid democracy is a group-decision-making method that works as a sort of “direct democracy for people who know they’re not experts on a subject, but know of people that they trust who who know more about a subject than themselves”. Questions are settled by asking everyone… but many people’s answer will be “whatever X says”. It works by enabling people to solicit recommendations on how to vote from people they trust. So, people who know nothing about foreign policy can get vote recommendations on a subject from people who agree with the basic thrust of similar values and who either have a personal connection with pundits or experts on a given subject who also agree with the attitude, or who are experts in their own right.