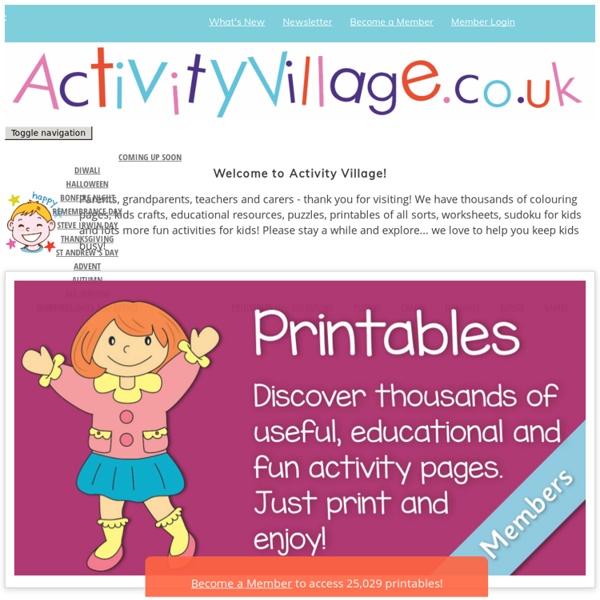 Rangoli craft for kids All About Rangoli Rangoli patterns are traditionally drawn with the fingers using flour, rice grains or coloured chalk. Rangoli can be square, rectangular or circular – or a mix of all three. They are often symmetrical. Rangoli were originally done in small patterns of about 2 foot square, but now entire areas of floor can be covered in intricate designs, often produced by first drawing gridlines in light chalk. We have a number of suggestions below for creating Rangoli designs, suitable for children of all ages and abilities. Rangoli Examples Rangoli come in all shapes and sizes! Simple rangoli design drawn with rice powder in the dirt Rangoli design with diya in centre Peacock rangoli design We have lots of ideas for making your own rangoli on our rangoli crafts page. Rangoli Videos How about adapting this technique to make your own pretty flower rangoli design? NB Children should not browse video sharing sites unsupervised Here's a five dot grid design which would be fun for beginners to try

Apples4theteacher.com - A Primary Website - Educational Games and Activities for Kids Diwali Rangoli Patterns,Rangoli Patterns for Diwali,Dipavali Rangolis,Dipavali Festival Rangolis Rangoli, also known as Alpana, Kolam and by other names is a traditional art of decorating courtyards and walls of Indian houses, places of worship and sometimes eating places as well. The powder of white stone, lime, rice flour and other paste is used to draw intricate and ritual designs. Although Rangoli art is Maharashtrian in origin, it has become quite popular all over the country. Traditionally Rangolis are painted or created out of colored sand/rice powder. Spaces can be created within the rangoli design to place diyas. Most of the patterns are circular indicative of the endlessness of time.

Animali in Vacanza - In Vacanza con i tuoi amici a quattro zampe : vacanze con il cane, con il gatto in strutture turistiche in Italia che accettano animali di piccola taglia Ganesh Chaturti – Yet another simple rangoli design « Decor Delirious Another simple design – a dummy’s guide to stunning rangoli. Materials : Small sieveRangoli powder – Yellow, Red, Green, WhiteMagazine coverTransparent cello-tape.Chalk piece & a small sieve of thick thread. Steps: Assemble all materials at one place.Tie one end of the thread to a wet chalk piece.Put a dot , then place your thumb tightly over the thread on the dot and draw a circle.Similarly draw 2 more bigger circles encircling each other by increasing the radius.Now hold the Sieve in your right hand and pour little amounts of red rangoli powder. The trick is to never let your sieve touch the ground. Complete the muruku design in the yellow section.Add circles along the circumferenceAdd final designs as you desire and add a swastika in the centre. You can try other designs and colors. Also read some more DIY (Do-It-Yourself) ideas for ganesh chaturti Rangoli design , Ganesha’s Umbrella & Puja thali Like this: Like Loading...

Tiny – Cool Colored Rice: An all-ages project!! (Weekly Unplugged Project) Our Weekly Unplugged Project post for this week’s theme of tiny is coloring rice (a grain of rice is tiny, right?). Not very original, but I was going to take this a step farther with a colored rice project. However this simple first step was such a HUGE hit with my kids of all ages and genders, that it deserves its own post. I like color. Instructions for how to make colored rice are all over the internet, such as here and here. We needed a large bag of white rice. I checked all the prices per ounce at our one local grocery store and found a 10 pound bag for about $8.00 (I am sure you could shop around and find a much better deal than that). You’ll also need rubbing alcohol (maybe), food coloring, and plastic ziploc baggies. I read somewhere that you can use vinegar instead of alcohol, or it can be done simply with food coloring alone, but the rice might not be as brightly colored. I passed out a baggie to each child and then scooped a few cups of rice into each baggie. Container ShareThis

MY HOBBIES: RANGOLI Rangoli is a traditional art practised in India from ages.It is usually drawn in front of the house in South India which is a daily practise.During festivals it is done by using colours , flowers which is very attractive.Earlier they used natural dyes like bark of trees, leaves , flower petals ,turmeric powder etc.But now many synthetic colours are available.Rangoli is done not only by using colours but also grains and flower petals. The word rangoli is derived from "rang" means colour and "avalli" means row. Hence rangoli is a row of colours. Rangoli can be drawn by using dots and lines or it can be drawn freely. I always choose to draw rangoli using dots and lines which makes easy and a perfect figure. I would like to share some of the tips for drawing a good Rangoli. Now let me begin with some of my rangolis. 5 * 5

Diwali Toolkit | Hindu American Foundation (HAF) Introduction | Festive Atmosphere | Diyas, Rangolis & Skits | Community Service | Fashion Tradition | Food | Suggested Children's Diwali Books | Download the Diwali Toolkit (zip file) Introduction to Diwali Diwali, or Deepavali, is a Hindu festival that will be celebrated worldwide on Sunday, November 3rd this year. The story of Diwali is known by every Hindu child as it is celebrated in almost every home. Over a thousand years ago, there was a kind, humble, and much beloved Prince named Rama who was soon to be named King. Another story for Diwali is about the victory of Krishna over the demon Narakasura. Sikhs also recognize Diwali to celebrate the release of the Sixth Guru, Hargobind, one of their spiritual leaders, from captivity by the Mughal Emperor Jehangir. As per Hindu tradition, Diwali is celebrated with grand splendor, welcoming the new year. ...sweet and savory snacks are prepared throughout the day. ...every home is lit with diyas, leaving no room for darkness to enter.

Diwali Activities for kids and teachers Google uses DoubleClick DART cookies to serve ads on our website. To know more about this practice and your options, please click here. Diwali, the Hindu Festival of Lights Diwali (in Hindi) or Deepavali (in Tamil) is the Hindu Festival of Lights. The name originally comes from the Sanskrit word dipavali, meaning a row of lights. Diwali is celebrated around the world by people who follow the Hindu religion. This year (2008) Hindus will start their Diwali celebrations on October 28th. The Meaning of Diwali The Festival of Lights, as with most ancient legends, helps us to know the truth of victory of good over evil, but more specifically for Hindus at this time, it means to understand the meanings behind each of the five days of Diwal. As with many eastern festivals, the dates are based on the Lunar calendar, with Diwali eve on the fourteenth lunar day of the month of Kartik (October/November). Diwali Recipes Try making this popular Diwali snack called, Muruku. US Government Recognition

Diwali Crafts for Kids: Ideas for Arts & Crafts Activities to celebrate Diwali with decorations & projects for Hindu children, preschoolers, and teens Home > Arts and Crafts Projects for Kids > Hindu Crafts > Diwali Crafts for Kids Diwali (aka the "festival of lights") is a five-day long Hindu festival which starts on Dhanteras. Dhanteras is celebrated on the 13th lunar day of Krishna Paksha and is celebrated on the 2nd lunar day of Shukla paksha of the Hindu month Kartik. Dhanteras (18 days after Dussehra) It's a common practice to light small oil lamps (called diyas) and place them around the home, in courtyards, verandahs, and gardens, as well as on roof-tops and outer walls. Diwali is an official holiday in India, Nepal, Sri Lanka, Myanmar, Mauritius, Guyana, Trinidad & Tobago, Suriname, Malaysia, Singapore and Fiji. You Might Also Like Hindu Crafts Beaded Candle Holder Craft for Kids - Make this beautiful candle holder using a small glass jar, craft wire and beads. Bengali Scroll Paintings Making Instructions - Celebrate Diwali by making a Bengali Scroll Painting. Painted Candle Craft - Make this colorful candle to celebrate Diwali.