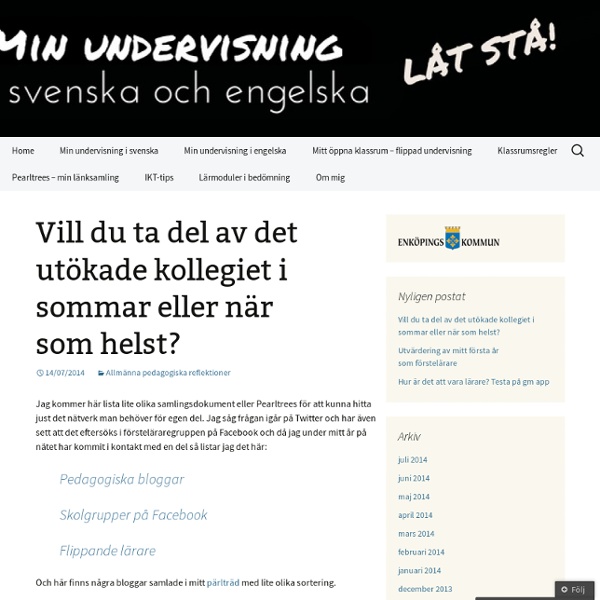 Headache relief brand Excedrin uses virtual reality to let people 'see' what a migraine feels like What does a migrane feel like? Health brand Excedrin has debuted a new virtual reality project to answer this question and allow people who've never suffered from a severe headache to see what it feels like. In a bid to give patients, "the empathy they deserve," and show that migranes are "more than just a headache," the pharmaceuticals company has created a 360-degree video dubbed 'The Migrane Experience'. The augmented reality drive will simulate the effects of the condition, and bombard the viewer with a series of symptoms including blinking lights, floating spots and blurred vision. The full 360-experience is set to be released in May via a dedicated app that can be viewed using Google Cardboard. To test the tool ahead of time, Excedrin's team brought together four real-life migraineurs and asked their non-suffering family and friends to sample the tech with powerful results.

VR i undervisningen – Patricia Diaz Can Virtual Reality “teach” empathy? In November 2015, middle-school students from Westchester County, New York, found themselves on a windswept field in South Sudan mingling with a crowd of refugees fleeing civil war. Suddenly, they heard the deafening roar of low-flying military cargo planes overhead, followed by large bags of grain thudding to the ground all around them. “The kids were jumping back from those bags dropping at their feet,” recalled Cayne Letizia, the teacher who used immersive virtual reality (VR) to transport his class into this emergency food drop featured in the New York Times 360-degree video series about refugees. Count Letizia among VR’s burgeoning fan base in education, where the spread of high-quality content and more-affordable hardware (especially Google’s $15 Cardboard Viewer) gives students myriad ways to briefly inhabit what they’re learning—from wandering the streets of ancient Rome to touring the International Space Station. “My students live and die by their phones.

Virtual 3D cities Twinity is a 3D online world made up of virtual cities in Europe as virtual London and in U.S. as virtual Miami. The kind of virtual city full of opportunities and promise you are looking for, without traffic jams, bad weather and pollution! Want to know more? Read on! You can create avatar and chat, in a large community of users and meet new people. To join the community, download the client, it is easy and quick. During the first few minutes you will learn how to walk and customize your avatar. Join Twinity and visit our virtual Berlin, Singapore, London, Miami and New York.

Hands on with Google Street View in VR with Google Cardboard Google Cardboard, the poor man's VR headset, now lets you explore the world in VR using the Google Street View app. The feature was previously hidden within the Google Maps app and difficult to access. With the Street View app for iOS or Android, walking through the streets of Paris, Tokyo or virtually any location is just a button press away. I downloaded the Street View app for iPhone, took it for a trip around the world and it wasn't a bad experience. To transport yourself to a destination, simply type the place into the search bar and wait for Street View locations to populate. Image: Raymond Wong/Mashable Not all Google Cardboard viewers are equal. This being Cardboard, the VR experience is not going to compare with anything you get on headsets like the Oculus Rift or PlayStation VR, but I found it sufficient in immersing you in another city. Mashable Business Editor Heidi Moore also marveled at being able to stand outside Paris's Hôtel de Ville (its city hall).

Getting started with Google Cardboard It sounds made up: Your smartphone, a couple of plastic lenses, and some strategically cut cardboard come together to form a virtual-reality headset. Yet that's the, er, reality of Google Cardboard, which made its debut at last year's Google I/O conference and received a 2.0 update at this year's. Along the way, developers have cranked out some very cool Cardboard-compatible apps, while Google went so far as to create a dedicated Apps for Google Cardboard store. If you've been itching to try this for yourself, you have two options: Build a headset or order a kit. However, although the page itself makes reference to "the new Cardboard," the accompanying build-it-yourself images (and pop-up guides) still show the original Cardboard. Until Google updates all this, your best bet may be to simply order a Cardboard kit. Once you've equipped yourself with Cardboard, here's what you should know about using it. Where to find VR content Once you've got the hardware, you need content to view.

Google Cardboard: everything you need to know For a long time, the human race has dreamt about virtual reality. When you picture a VR headset, you probably think of something really high-tech and far too expensive to be practical. Apparently, the guys at Google thought the same thing. While Facebook has bought into virtual reality technology for a whopping $2 billion, Google has settled for something a little more simple. Say hello to Google Cardboard. What is Google Cardboard? Google Cardboard was part of a 20 percent project, a company policy that allows employees to work on side projects in addition to their everyday duties. Yeah, yeah. Once put together, users set their phone into it and look through the lenses. How does it work? Google Cardboard works by placing your phone at the optimal distance away from the lenses. As an added bonus, it comes with an NFC chip that will automatically launch your official Cardboard app when you place your phone into the headset. What's also somewhat amazing is the magnet on the side.

Best Google Cardboard apps: Top games and demos for your mobile VR headset It's 2019 and it feels like VR is hitting its stride. With PlayStation VR, HTC Vive (don't forget the Pro too) and Oculus Rift out alongside cheaper headsets like the Oculus Go, Samsung Gear VR, Google Daydream View and Cardboard, you have yourself a huge selection of both high-end and mobile games to choose from. There are more game developers than ever before learning the ins and outs of VR development, meaning there's an influx of games hitting the arena. Top HTC Vive games For our full list of picks for HTC's headsets, check out our comprehensive best HTC Vive games round-up. Beat Saber If you've ever had the desire to be a Jedi Knight that loved to DJ colorful raves at night, then dream no more. $19.99, Steam Rec Room A fantastic multiplayer game, Rec Room puts you in a social club where you can join other players partaking in a range of activities from paintball to disc golf. Free, Steam Star Trek: Bridge Crew $39.99, Steam Audioshield $19.99, Steam Fallout 4 VR Fallout in VR. $59.99, Steam

The best VR headsets 2015 It's already 2017. Where did last year go? While 2016 offered us a small taste of what VR headsets could do, 2017 will really turn up the heat in virtual reality. As a recap, last year we got the consumer version of the Oculus Rift, the first iteration of the HTC Vive and, to top it all off, the first console-powered VR headset, PlayStation VR. And so far, in 2017, things are moving along at a steady clip. The only problem with all this new freedom is that it can be tough to choose which one is the best on the market – a decision that becomes even more difficult when you look at each of their sticker prices. Will 2017 be the year we get the HTC Vive 2? You can skip down below to see our choices and explanations in depth, but there's one tried and true piece of buying advice that everyone should know when it comes to picking out the best VR headset: You get what you pay for. Pair a VR headset with one of the best gaming laptops of 2017 The best VR headset: HTC Vive Best overall VR experience

Adopting Virtual Reality for Education - Alchemy: Virtual Reality Communications Skills 5th grade students from Arlington Science Focus School participate in a Alchemy Learning led demo of their newest VR game “As an educator with 20+ years’ experience integrating technology into curriculum, it is exciting for me to see a technology that so quickly captures the attention of the students, motivates them to make the effort to learn the procedures, and then opens them up to the relevant content.“-Larry Fallon, Instructional Technology Coordinator, Arlington County Public Schools You can almost hear the buzz- even above the normal tech chatter about the newest smartphones, tablets, watches, and other wearable devices: virtual reality (along with augmented reality) is coming to consumers in the very near future. Announcements are coming out almost daily. Within the next year, Oculus (Facebook), Sony, Google, Samsung, and HTC are all developing headsets that can envelope a user in interactive 3D virtual worlds. Why is VR so important now? Virtual Reality’s potential for education

How Virtual Reality Will Change Education Forever | Labster When Oculus was acquired last year by Facebook for $2 billion, the endless possibilities of virtual reality that had been bandied about for decades were finally validated by one of the world’s biggest tech giants. Much of the conversation surrounding the acquisition was dominated by talk about the future of video games, but one of the quieter topics — VR in education — is turning out to be game changer less than a year later. For Many Teachers, the ‘Reality’ of Virtual Reality Has Already Arrived Today stories of students using virtual reality to learn in incredible new ways are popping up all over the world. For example, students in Ireland took a field trip to explore the historical ruins in Clonmacnoise. James Corbett, the managing director of Mission V, which is testing this program in eleven other Irish schools, said of the initiative, “We are in no doubt now that virtual reality will become an ever more important part of education.” Click Here See How Labster Is Changing Education »