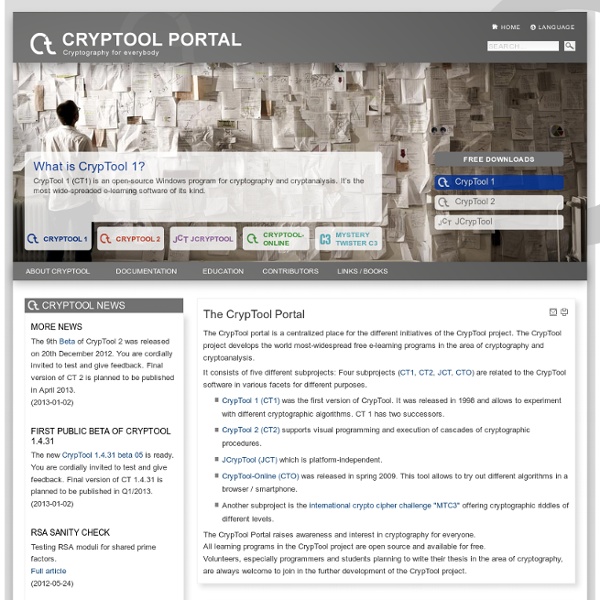 Cypherpunk A cypherpunk is any activist advocating widespread use of strong cryptography as a route to social and political change. Originally communicating through the Cypherpunks electronic mailing list, informal groups aimed to achieve privacy and security through proactive use of cryptography. Cypherpunks have been engaged in an active movement since the late 1980s. History[edit] Before the mailing list[edit] Until about the 1970s, cryptography was mainly practiced in secret by military or spy agencies. The technical roots of Cypherpunk ideas have been traced back to work by cryptographer David Chaum on topics such as anonymous digital cash and pseudonymous reputation systems, described in his paper Security without Identification: Transaction Systems to Make Big Brother Obsolete (1985).[1] In the late 1980s, these ideas coalesced into something like a movement.[1] Cypherpunk mailing list[edit] Early discussion of online privacy[edit] Main principles[edit] The term cypherpunk is mildly ambiguous.

A Cypherpunk&#039;s Manifesto by Eric Hughes Privacy is necessary for an open society in the electronic age. Privacy is not secrecy. A private matter is something one doesn't want the whole world to know, but a secret matter is something one doesn't want anybody to know. Privacy is the power to selectively reveal oneself to the world. If two parties have some sort of dealings, then each has a memory of their interaction. Since we desire privacy, we must ensure that each party to a transaction have knowledge only of that which is directly necessary for that transaction. Therefore, privacy in an open society requires anonymous transaction systems. Privacy in an open society also requires cryptography. We cannot expect governments, corporations, or other large, faceless organizations to grant us privacy out of their beneficence. We must defend our own privacy if we expect to have any. We the Cypherpunks are dedicated to building anonymous systems. Cypherpunks write code. Onward. Eric Hughes <hughes@soda.berkeley.edu>

Two-square cipher The Two-square cipher, also called double Playfair, is a manual symmetric encryption technique. It was developed to ease the cumbersome nature of the large encryption/decryption matrix used in the four-square cipher while still being slightly stronger than the (single-square) Playfair cipher. The technique encrypts pairs of letters (digraphs), and thus falls into a category of ciphers known as polygraphic substitution ciphers. This adds significant strength to the encryption when compared with monographic substitution ciphers which operate on single characters. The use of digraphs makes the two-square technique less susceptible to frequency analysis attacks, as the analysis must be done on 676 possible digraphs rather than just 26 for monographic substitution. The frequency analysis of digraphs is possible, but considerably more difficult - and it generally requires a much larger ciphertext in order to be useful. Using two-square[edit] Algorithm[edit] Two-square cryptanalysis[edit]