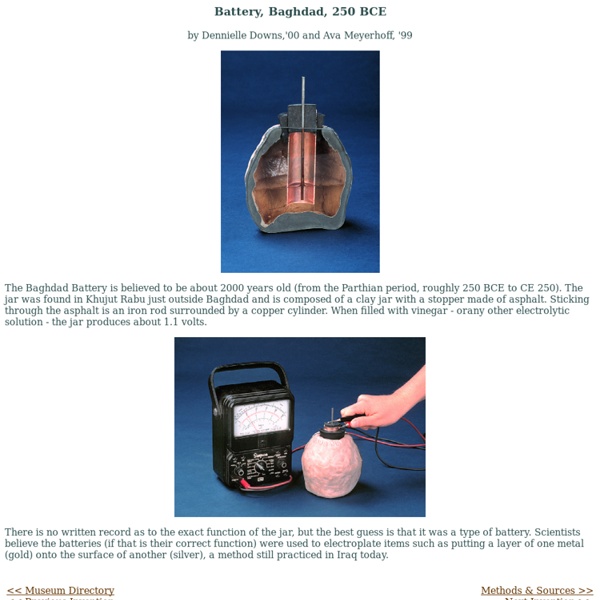 Crystal Skulls -- National Geographic By Richard A. Lovett and Scot Hoffman Crystal skulls are not uncommon or terribly mysterious. Thousands are produced every year in Brazil, China, and Germany. There are perhaps a dozen of these rare crystal skulls in private and public collections. Many believe these skulls were carved thousands or even tens of thousands of years ago by an ancient Mesoamerican civilization. Supernatural Fascination Stories about the skulls focus heavily on their perceived supernatural powers. Joshua Shapiro, coauthor of Mysteries of the Crystal Skulls Revealed, on his Web site cites claims of healings and expanded psychic abilities from people who have been in the presence of such skulls. "We believe the Crystal Skulls are a form of computer which are able to record energy and vibration that occur around them," he writes. " The skull will pictorially replay all events or images of the people who have come into contact with them (i.e. they contain the history of our world)." All Fakes?

The 10 Most Puzzling Ancient Artifacts The Bible tells us that God created Adam and Eve just a few thousand years ago, by some fundamentalist interpretations. Science informs us that this is mere fiction and that man is a few million years old, and that civilization just tens of thousands of years old. Could it be, however, that conventional science is just as mistaken as the Bible stories? The Grooved Spheres Over the last few decades, miners in South Africa have been digging up mysterious metal spheres. The Dropa Stones In 1938, an archeological expedition led by Dr. The Ica StonesBeginning in the 1930s, the father of Dr. The Antikythera MechanismA perplexing artifact was recovered by sponge-divers from a shipwreck in 1900 off the coast of Antikythera, a small island that lies northwest of Crete. The Baghdad BatteryToday batteries can be found in any grocery, drug, convenience and department store you come across. Ancient Model Aircraft Impossible Fossils Out-of-Place Metal Objects What are we to make of these finds?

Human World Human World The women of the Tiwi tribe in the South Pacific are married at birth. When Albert Einstein died, his final words died with him. The nurse at his side didn't understand German. St Patrick, the patron saint of Ireland, was not Irish. The lance ceased to be an official battle weapon in the British Army in 1927. St. Many sailors used to wear gold earrings so that they could afford a proper burial when they died. Some very Orthodox Jew refuse to speak Hebrew, believing it to be a language reserved only for the Prophets. A South African monkey was once awarded a medal and promoted to the rank of corporal during World War I. Born 4 January 1838, General Tom Thumb's growth slowed at the age of 6 months, at 5 years he was signed to the circus by P.T. Because they had no proper rubbish disposal system, the streets of ancient Mesopotamia became literally knee-deep in rubbish. The Toltecs, Seventh-century native Mexicans, went into battle with wooden swords so as not to kill their enemies.

Ancient underwater cities being found that are 10,000 years old Lost city 'could rewrite history' By BBC News Online's Tom Housden The remains of what has been described as a huge lost city may force historians and archaeologists to radically reconsider their view of ancient human history. Marine scientists say archaeological remains discovered 36 meters (120 feet) underwater in the Gulf of Cambay off the western coast of India could be over 9,000 years old. The vast city - which is five miles long and two miles wide - is believed to predate the oldest known remains in the subcontinent by more than 5,000 years. The site was discovered by chance last year by oceanographers from India's National Institute of Ocean Technology conducting a survey of pollution. Using sidescan sonar - which sends a beam of sound waves down to the bottom of the ocean they identified huge geometrical structures at a depth of 120ft. Lost civilization The city is believed to be even older than the ancient Harappan civilization, which dates back around 4,000 years. Continued...

23 Bizarre Products Trending On Amazon That Are Actually Genius AF There are a lot of things on the internet that make you go "WTF?" Most of that stuff is just straight up bizarre, but some of it is actually useful — and when it comes to the world of online shopping, sometimes the most bizarre products trending are actually brilliant lifesavers. If you want to see what I'm talking about, head right on over to Amazon. Over the last few years, they've really upped their game when it comes to finding innovative and unusual products. So, if you're looking for the perfect pair of food scissors or you just want to peruse the odd offerings Amazon has on display, look no further.

The Voynich Manuscript The Voynich Manuscript is a document that is notable for it's strange text, that to date hasn't been decyphered. Theories range from a secret language or code to an old sort of joke or hoax. Language English Collection opensource Reviewer:collytus - favoritefavoritefavoritefavorite - August 21, 2016 Subject: A couple of ideas I just noticed all the pots illustrated next to the pictures of the plants (pages 161 and 174). Does the book use different pots to illustrate the roots looking the same (notice the legs of the pots) or are they just random containers used to store those roots? So what they've illustrated there might have been real pots people used at the time and area of the writing (Near East etc.). Reviewer:Navyarao - - August 9, 2016 Subject: Illustrator and writer Hi dear fellas, I found something interesting while going through this manuscript. While am going through each page and illustration of plants and human, kind of beings were done by some amateur painter. Riabets M.A.

Timeline Outline View : From Cave Paintings to the Internet What would happen if I drilled a tunnel through the center of th" Want to really get away from it all? The farthest you can travel from home (and still remain on Earth) is about 7,900 miles (12,700 kilometers) straight down, but you'll have to journey the long way round to get there: 12,450 miles (20,036 kilometers) over land and sea. Why not take a shortcut, straight down? Of course, you'd be in for a rough ride. For sake of argument (and survival) let's pretend the Earth is a cold, uniform, inert ball of rock. At the Earth's surface, gravity pulls on us at 32 feet (9.8 meters) per second squared. You're still moving at a heck of a clip, though, so don't expect to stop there. Of course, reality has a tendency to intrude on even the best thought experiments.

Top 10 Myths About the Romans History For many, the only exposure to Ancient Rome comes from what they have seen in the movies or on television. Unfortunately, films like Gladiator, Spartacus, Barabbas, and Demetrius and the Gladiators don’t present a very accurate depiction of life in Rome and the arena. Considering the fact that the Roman Empire existed for so long, and so much of our own Western society has derived from it, it is no surprise that we all have at least one or two misconceptions about the Empire and its people. For this reason, we have put together a list of the most misconceptions people hold about the Ancient Roman society and customs. Fortunately most are easily proven wrong as you will see when you read on: Contrary to popular belief, the emperor did not give a thumbs up or down for a gladiator as a signal to kill his enemy. HBO/BBC created an excellent series called “Rome” which covers a number of years of the Roman Empire. When we think of Romans, we almost always imagine men in togas.

Self-made millionaire invented Bug-A-Salt gun, shoots salt at flies If killing a fly bothers you, stop reading. If, however, flies are your nemesis, if they make your life miserable when you’re trying to picnic at the park, barbecue in the backyard, sleep at night but can’t because some stupid fly got in the house and is buzzing around... If you hate them, then Lorenzo Maggiore is your patron saint. “I was a weird kid, I didn’t like flies,” says the 57-year-old from Los Angeles. “I used to put them in my Hot Wheels cars and send them down the track. Maggiore is the artistic madman behind Bug-A-Salt, a $40 “gun” which uses table salt as buckshot to stun or kill bugs, especially flies. Last year, Bug-A-Salt sold one million units. BUG-A-SALT shooters Mary Stevens Lorenzo Maggiore never graduated high school. But he always had this idea to make a gun to kill flies. He tried to make and market one in the ’90s, but it didn’t go anywhere. Maggiore maxed out his credit cards and went to China to spend two months working with a prototype toy maker. Like this story?

Home | Project Mosul Earth-history.com A website dedicated to Ancient Times Amazing Underwater River : Cenote Angelita in Mexico Underwater River in Mexico If you are a professional diver you should visit Cenote Angelita Mexico. These amazing pictures were taken by Anatoly Beloshchin in the cave Cenote Angelita, Mexico. – salty water and under me I see a river, island and fallen leaves… Actually, the river, which you can see, is a layer of hydrogen sulphide.”