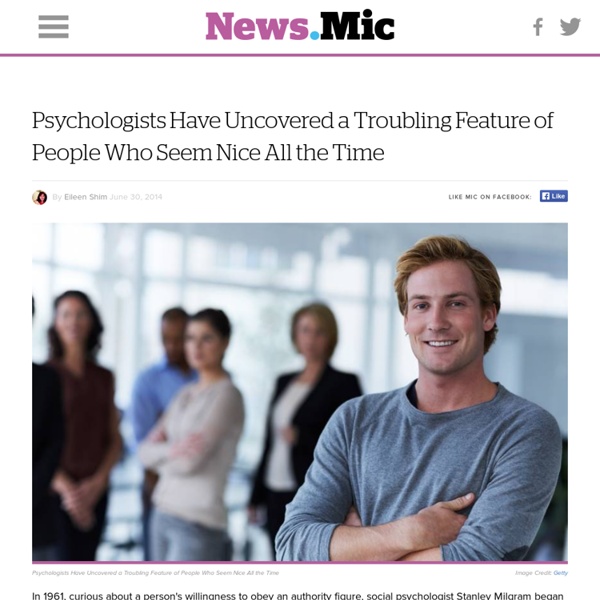 This week, a Texas mother pointed out that a high school geography textbook was painting a misleading picture of slavery — and the publisher acknowledged she was right and immediately moved to correct the text. Mother Roni Dean-Burren was surprised to learn McGraw Hill Education's ninth-grade textbook World Geography seemingly lacked any reference to the brutal conditions endured by black people captured and sold in the Atlantic slave trade, BuzzFeed reports. Her concerns were subsequently mirrored by tens of thousands of Facebook users. The questionable section of the textbook, titled "Patterns of Immigration," reads "The Atlantic slave trade between the 1500s and the 1800s brought millions of workers from Africa to the southern United States to work on agricultural plantations." In a video posted to Facebook, Dean-Burren explained precisely what was wrong with that section — the term "worker" omits mention of the vile, coercive nature of slavery.

mobile.rawstory By Jennifer MasciaTuesday, July 15, 2014 7:00 EDT A year and a half ago, after the massacre at Sandy Hook Elementary School in Newtown, Conn., Joe Nocera, an Op-Ed columnist at the New York Times, asked me, an editorial assistant at the newspaper, to find out who gets shot in America every day. Joe has a young child, and he was haunted by the fact that it could easily have been his own son in that classroom. Six weeks after Newtown, Joe wrote a column consisting of a few lines about shootings that had happened that week, presented without comment. The project began with just a couple of items unearthed during a Google news search, but after a few months I was searching ten pages deep — for “shooting,” “man shot,” “woman shot,” “child shot,” “teen shot” and “accidentally shot.” Each post garnered hundreds of comments, ranging from the staunchest gun-rights advocates to the most earnest gun control defenders. One person who was impressed by the sheer volume of mayhem was Sen.

Why Writers Are the Worst Procrastinators Like most writers, I am an inveterate procrastinator. In the course of writing this one article, I have checked my e-mail approximately 3,000 times, made and discarded multiple grocery lists, conducted a lengthy Twitter battle over whether the gold standard is actually the worst economic policy ever proposed, written Facebook messages to schoolmates I haven’t seen in at least a decade, invented a delicious new recipe for chocolate berry protein smoothies, and googled my own name several times to make sure that I have at least once written something that someone would actually want to read. Lots of people procrastinate, of course, but for writers it is a peculiarly common occupational hazard. I once asked a talented and fairly famous colleague how he managed to regularly produce such highly regarded 8,000 word features. Over the years, I developed a theory about why writers are such procrastinators: We were too good in English class. The Fear of Turning In Nothing “Exactly!”

Dark Shamanism: Embracing the Shadow « Prehistoric Shamanism I once visited a place in Siberia that local people considered so evil that I needed to purify beforehand, bathing in sacred waters and staying the preceding night close to a mountain sacred to Buddhist tradition. To me, the rock plateau that my guides took me to was beautiful, with views far across the Mongolian steppe, but it was not a place to linger. At the base of the rock lay 36 black shamans, killed whilst in trance by a Buddhist monk and buried there for their spirits to fester malevolence for all time. That salutary visit made me realise that not everything about shamanism was either positive or pleasant. Many traditional shamans can curse as well as cure. In a similar manner, I have no hesitation in defending myself, sometimes verbally, sometimes legally, but often spiritually, putting up barriers against harm and baleful influence. There is a huge divergence between our Western practice of shamanism and the darker ways of traditional shamans from tribal societies.

New Research Shows Poorly Understood “Leaky Gut Syndrome” Is Real, May Be the Cause of Several Diseases Russian spy-watcher Andrei Soldatov on Snowden’s strange behavior in Russia, the Nemtsov assassination, and signs of a power struggle in Putin’s inner circle. Andrei Soldatov’s beat is Russian spies, which is a hot topic for a new cold war. As editor of agentura.ru, an online “watchdog” of Putin’s clandestine intelligence agencies, he has spent the last decade reporting on and anatomizing the resurrection of the Russian security state, from KGB-style crackdowns on dissent at home to adroit or haphazard assassinations abroad. Most recently, Soldatov and his coauthor and collaborator Irina Borogan broke serious news about the extent to which the Federal Security Service (FSB) was surveilling and eavesdropping on everyone within slaloming distance of the 2014 Sochi Winter Olympics. Weiss: You’ve no doubt seen the CNN report about Russian hackers infiltrating White House computers and obtaining President Obama’s personal schedule. Soldatov: Reportedly, it took months. [Soldatov nods.]

Scalia’s major screw-up: How SCOTUS just gave liberals a huge gift Before a recent visit by Justice Scalia to Wesleyan University, I (a lowly research fellow) gained an invitation to a banquet in his honor by employing a typical Quaker mix of idealism, stubbornness and low cunning. Once there, I thanked the eminent jurist for his liberal ruling in Crawford v. Washington, concerning the right to confront witnesses in criminal proceedings. This remark drew from him the quip that he ought to be a pinup in every public defender’s office in the nation, because sometimes he was forced by clearly established constitutional principles to rule in favor of people he couldn’t stand. The upshot of the ruling is that Hobby Lobby and other businesses with conservative religious owners do not need to pay for what the Affordable Care Act mandates as full coverage for family planning. Why wouldn’t they? Today, some Quakers send the government only the non-military portion of their taxes owed. I think this would be great.

Gender-specific and gender-neutral pronouns A gender-specific pronoun is a pronoun associated with a particular gender, such as a pronoun denoting female or male. Examples include the English third-person personal pronouns he and she. A gender-neutral pronoun, by contrast, is a pronoun that is not associated with a particular gender, and that does not imply male or female. Many of the world's languages do not have gender-specific pronouns. Problems of usage arise in languages such as English, in contexts where a person of unspecified or unknown sex is being referred to, but the most natural available pronouns (he or she) are gender-specific. Overview[edit] Some languages of the world (including Austronesian languages, many East Asian languages, and the Uralic languages[1]) do not have gender distinctions in personal pronouns, just as most of them lack any system of grammatical gender. In English: If anybody comes, tell him. See also Grammatical gender: Mixed and indeterminate gender. English[edit] In 1789, William H.

Fourth Way enneagram Enneagram with point numbers and octave designations for octave beginning at point 9. Points 3 and 6 show "shock points" at which a new Do may enter and develop alongside the existing octave. Origins[edit] As reported by P. Idries Shah, a populariser of Sufism, has claimed that the enneagram has a Sufi provenance and that it has also been long known in coded form disguised as an octagram.[4] Another claim to a Sufi provenance is offered by the Sufi Enneagram website.[5] The archives of the Naqshbandi Sufi order of Daghestan have been claimed to provide an account of a meeting between Gurdjieff and Shaykh Sharafuddin Daghestani in which the secret of the nine points was transmitted to Gurdjieff.[6] Robin Amis claims an Orthodox Christian origin, claiming that both Gurdijeff and Ouspensky developed their teaching with insights gained from visits to Mount Athos.[7] Another proposal suggests the diagram is a map of the chakras from yogic schools.[8] At point 3, Mi-Fa, occurs a "shock". [edit]

Cancer therapy using sodium bicarbonate The fundamental reason and the motives that suggest a therapy with sodium bicarbonate against tumours is that, although with the concurrence of a myriad of variable concausal factors – the development and the local and remote proliferation of these tumours has a cause that is exclusively fungin. At the moment, against fungi there is no useful remedy other than, in my opinion, sodium bicarbonate. The anti-fungins that are currently on the market, in fact, do not have the ability to penetrate the masses (except perhaps early administrations of azoli or of amfotercin B delivered parenterally), since they are conceived to act only at a stratified level of epithelial type. We have seen that fungi are also able to quickly mutate their genetic structure. Sodium bicarbonate, instead, as it is extremely diffusible and without that structural complexity that fungi can easily codify, retains for a long time its ability to penetrate the masses.