The Science Behind Consciously Controlling Your Immune System: The Mind-Body Connection 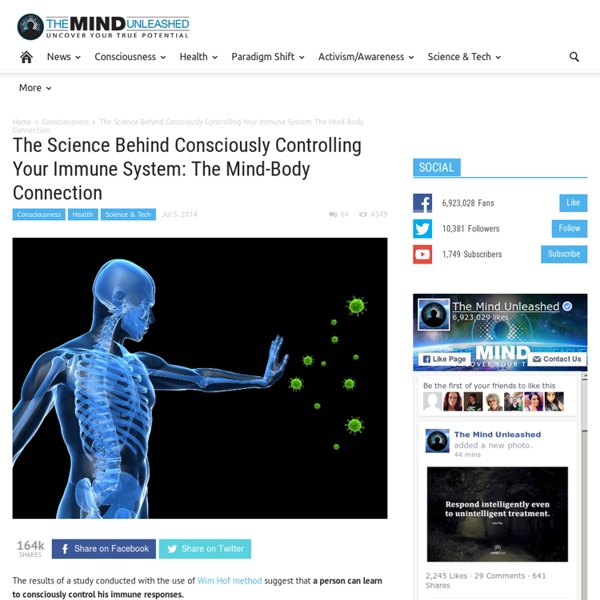 Homemade Drain Cleaner – Green and Non-Toxic You can make your own drain cleaner using ingredients you probably already have in your pantry, with no worries about the toxic and even fatal chemicals found in drain cleaners. You just need vinegar, baking soda, and citrus fruit peels. Drain cleaners are one of the most toxic chemicals there are, in fact, they are on the Environmental Working Group’s (EWG) Hall of Shame because they can cause blindness, burns, and be fatal if swallowed. I got rid of our drain cleaner about a year ago so the children could never get a hold of it – way too risky for me. I used to work in Internal Communications for a large company and a lady in our office nearly died after accidentally drinking Drano that a janitor had left at the soda machine. She mistook the janitor’s cup for her’s, and had such severe burns in her esophagus that it required many surgeries and several months in the hospital before she could even function normally. Garbage Disposal and Drain Cleaning – Baking Soda and Vinegar

These 3 Illegal Drugs Should be Immediately Legalized and Used as Medicine There have been many victims in the War on Drugs, from families being torn apart to victimless criminals rotting in a cage for possessing marijuana. But one victim of the war on drugs that is seldom mentioned is alternative medicine. There has been plenty of research lately showing the near miracle medicinal properties of cannabis, from curing cancer to treating diabetes, but little has been said of these three “psychedelic drugs” which are illegal, however hold some amazing medical properties. 1. Ayahuasca (Pictured above) According to Wikipedia, Ayahuasca, also commonly called yagé is a psychedelic brew made out of Banisteriopsis caapi vine alone or in combination with various plants. In a post on The Atlantic, Roland Griffiths, a professor in the departments of psychiatry and neuroscience at Johns Hopkins University—and one of the first to resume work on these drugs— published a study five years ago that demonstrated how effective they are at improving how a person feels. 2. Conclusion

Science Proves That Human Consciousness and Our Material World Are Intertwined: See For Yourself Nikola Tesla said it best, “the day science begins to study non-physical phenomena, it will make more progress in one decade than in all the previous centuries of its existence. To understand the true nature of the universe, one must think it terms of energy, frequency and vibration.” Swami Vivekananda influenced Tesla’s work, an Indian Hindu monk and chief disciple of the 19th century saint Ramakrishna. Tesla was also influenced by other Vedic philosophies. Science works best when in harmony with nature. Intention of This Article. I want to make it clear that my intention of presenting this information is to demonstrate that thoughts, intentions, prayer and other units of consciousness can directly influence our physical material world. The Science For quite some time now, physicists have been exploring the relationship between human consciousness and its relationship to the structure of matter. “Everything we call real is made of things that cannot be regarded as real” – Niels Bohr 1.

Broccoli Sprouts Have 50 Times the Anti-Cancer Properties of Broccoli Sprouting seeds of various plant foods has demonstrated increased health benefits with increased nutrient capacity contained in less bulk with higher digestive absorption. In some cases, it’s been observed to transform the regular food substance of a plant and remove its negative qualities. Broccoli sprouts in particular make regular broccoli’s health benefits seem miniscule; sprouts offer nearly 1000% more nutrition than their full-grown conterparts. Numerous studies have established broccoli as an anti-cancer vegetable. But are broccoli sprouts an anti-cancer improvement over regular broccoli? A Broccoli Sprout War Few Know About The researchers isolated the cancer fighting phytochemical sulforaphane. Well, the boys at John Hopkins decided they should patent their discovery after isolating sulforaphane. Avoid Broccoli Sprout Contamination by Sprouting Your Own There have been actual cases of contaminated commercially sold broccoli sprouts recorded some years ago. Additional Sources:

8-Year-Old Girl Was Having 20,000 Seizures A Year And Was Given Only A Few Months To Live Until She Tried THIS Illegal Treatment A Mother’s Brave Efforts “She was dying, she could barely walk or talk, was unable to toilet herself and slept a similar cycle to a newborn,” said Cheri O’Connell to The Herald Sun, a mother of an epileptic child living in Victoria, Australia. “We had basically been told that there was not too much more we could do, just to take her home and to love her and maybe if you are lucky she’ll get to nine, we didn’t see her having a future at all,” Ms. O’Connell said. Cheri O’Connell and her daughter’s story took a turn for the better, however, after a controversial treatment yielded some miraculous results. In developments that have surprised doctors, one year later, Tara is a bubbly eight-year-old and her wheelchair is collecting dust in the corner of the family’s home in central Victoria. Senior clinical neuropsychologist Dr Silvana Micallef at Austin Health saw the results for herself, stating she saw “significantly improved [cognitive performances]” after only 12 months.

Can We Reprogram Our DNA and Heal Ourselves With Frequency, Vibration & Energy? As though to confirm the hunch many of us had that our ‘junk’ DNA was anything but disposable, researchers from the Gene and Stem Cell Therapy Program at Sydney’s Centenary Institute have proven that 97 percent of human DNA programs or encodes proteins in our bodies. One of the researchers involved in this study said, “this discovery, involving what was previously referred to as “junk,” opens up a new level of gene expression control . . .” This also means there are multiple modalities that mainstream science has yet to give a nod to, which just might re-train or reprogram our DNA — even cells which have become cancerous or are mutilated by the onslaught of toxins in our environment and negative emotional baggage which has been proven to have an undesirable impact on health. Many people have compared human DNA to the Internet. Chaos Theory and DNA The DNA Spectrum: Making Music with Biology Russian linguists, Dr. Is this for real? Shamanism Meets Science Conclusion About the Authors

Herbs for effective blood pressure management (NaturalNews) One in three adults in the United States today has high blood pressure, medically referred to as hypertension. However, lots of people are not even aware they have this condition, simply because it has no warning signs and symptoms. It is typically caused by improper diet, smoking and alcohol abuse. When high blood pressure occurs along with increased levels of blood sugar and cholesterol, it could cause severe damage to the vital organs of the body. Nevertheless, this is now easy to detect and manage clinically and naturally. Studies have indicated that smoking a cigarette can elevate one's blood pressure for half an hour. Conventional medicines for hypertension Like other medicines today, medications used to manage hypertension may have certain side effects that need to be carefully monitored or treated as well when they occur. Natural remedies for hypertension These treatments work efficiently as conventional medications. Herbs for hypertension Other benefits of herbs

The Healthy Guide to Perfect Poop — Real Fit Mama In Lak'ech Ala K'in - the Living Code of the Heart In Lak'ech Ala K'in - the Living Code of the Heart Aluna Joy Yaxkin - www.AlunaJoy.com - 11/2007 In Mayan tradition, there is a greeting that many people working with Mayan wisdom know of. It is the law of In Lak'ech Ala K'in, which means I am another yourself (A modern day interpretation). It also means I am you, and you are me (A traditional Mayan interpretation). The more I walk the Mayan path, the more I understand the depth that In Lak'ech Ala K'in teaches. It is common knowledge these days that every action we take in our lives affects all living things. We can give our hearts in a positive manner every day by saying In Lak'ech Ala K'in to each other, to the trees, to the sky, to the birds, and to the stars. I understand the challenges in staying positive in these days where the energy is so compressed that we can hardly breathe, but there is one simple exercise that can turn it all around for us. Aluna Joy Yaxk'in . . . We are looking forward to reading all your insights!