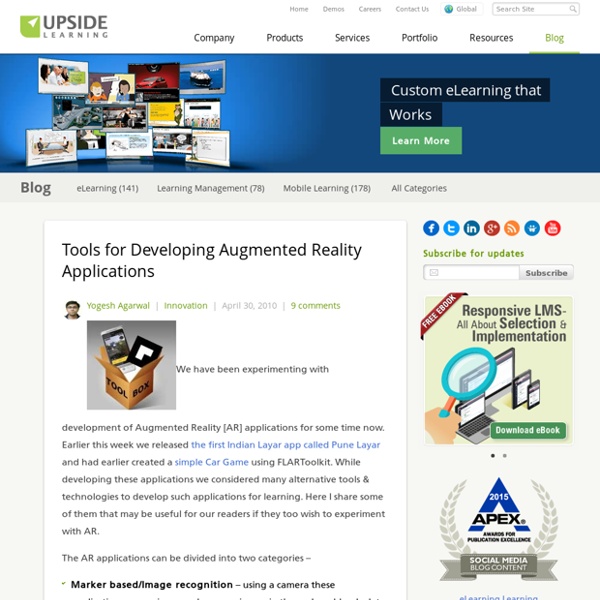 How Google Glass will change mobile forever | Waracle November 26, 2013 Glass is the flagship ‘wearable technology’ product developed by Google. For the layman, Google Glass uses video-generated reality to overlay visual information onto real-world objects – all through a pair of glasses. What is Google Glass? A tiny computer attached to a head-piece, (or in nerd terms an optical head-mounted display) this little system is worn like glasses, but without the need for an eye test. There is a touchpad located on the side of the device, allowing users to flick through a virtual timeline. What is Augmented Reality? Augmented reality duplicates the area surrounding the user within a computer and then creates additional information or adds scenes to it. How does AR work within Google Glass? The augmented reality within Google Glass is designed to interface with built-in apps like Google Now, Google Maps, Google+ and Gmail. Rather than typing out a message, simply speak the message and who its for and it will be sent to that person.

As promised a more specific ‘commercial’ follow up to my previous post on this topic which was more ‘story’ centric. I am developing & producing a range of Augmented Reality (or if you prefer AR, ‘blended or layered media’) applications at the moment. I have also been asked to present at a few conferences and create a detailed white paper on the implications of AR for government & business looking at privacy, legal, copyright & crime issues. As readers of this blog will know I also lecture, run workshops & work with creative teams to come up with future ‘social entertainment’ based around virtual worlds and augmented reality. But the purpose of this short post is to simply list and try to categorise the many types of business Augmented Reality apps appearing in the market. Information, 3D models or live action blended with or overlaid onto the physical world in real time. Augmented Reality Business by Gary Hayes Some examples: CISCO’s future of shopping BMW Future of Car repairs

Age of Technology: Generational Video Viewing Preferences Vary By Device and Activity Globally, consumers largely favor TV as the device of choice for watching video programming. However, there are a few regional and generational differences in how we watch. In Nielsen’s Global Digital Landscape Survey, respondents in Asia-Pacific, Africa/Middle East and Latin America prefer mobile phones for in-home video viewing more than those in Europe and North America. For example, among viewers who say they watch video programming when they’re home alone, 41% in Africa/Middle East, 40% in Asia-Pacific and 38% in Latin America say they do so on a mobile phone, compared with 24% in Europe and 22% in North America. When it comes to the devices used to watch video programming during activities that take place outside the home, mobile phone use tends to be similar in Asia-Pacific, Africa/Middle East and Europe. Meanwhile, usage is above the global average in Latin America and below in North America. Outside the home, a mobile phone is the device of choice for nearly all generations.

Augmented Reality &amp; Emerging Technologies - Vol. 1 of 6 - Uploaded by ChrisgNYC Connect With Interactive Video ® "Their API has been easy to work with and we are proud to be partnering with Viddler delivering videos all over the world." - Erik Gjerde, Highlight Media Group "Viddler just works. It's a big improvement over Vimeo, where I had been hosting my videos, and it's hands-down better than YouTube." - Tim Haines, Vericastne It's Way More Than Video Hosting ... Showcase your branded content Create a compelling experience on your website Engage with your audience with timeline commenting and tagging It's a True Partnership Clients rely on Viddler to develop new functionality, convert opportunities into solutions, and always explore the interactive potential of video. It's about Controlling Access Determine video access and track usage for internal communications Control who manages and interacts with your content Organize your video content with configurable playlists and sub-accounts Viddler connects securely with your audiences Connect with Your Audiences

Augmented Reality: does it have a place/future in education? | eLearning Blog Dont Waste Your Time Augmented Reality (AR) is still in its infancy, but as people like me look further afield to find interesting technology to use in (and out of) the classroom, it has been on my radar a bit recently. So, what is it? “Unlike Virtual Reality (VR) that aims at replacing the perception of the world with an artificial one, Augmented Reality (AR) has the goal of enhancing a person’s perception of the surrounding world. Being partly virtual and real, the new interface technology of AR which is able to display relevant information at the appropriate time and location, offers many potential applications; these include aiding in education, training, repair or maintenance, manufacturing, medicine, battlefield, games and entertainment.” Source: Asia Research News, Augmented Reality: The Future of Education Technology Check out this YouTube video that demonstrates AR from the SMLXL blog; But what of AR in the classroom? Further reading:

Technology Review: Blogs: Guest Blog: Treating Cockroach Phobia With Augmented Reality Augmented reality–overlaying the virtual world on top of the real world–has been used in everything from neurosurgery to iPhone apps. But until researchers at the Spanish Universitat Jaume got the bright idea to simulate hoards of cockroaches swarming over insect-phobic volunteers, no one had thought to use it as part of what’s known as exposure therapy. In exposure therapy, the phobic person puts him or herself in the presence of whatever they fear–heights, spiders, etc.–until, through habituation, they lose their fear of that situation or object. Augmented reality for exposure therapy promises to change this. Treating Cockroach Phobia With Augmented Reality describes, for the first time, a trial of augmented reality with a small group of people who all presented clinically significant levels of cockroach phobia. Combined with a camera on the front of the headset, the system allows researchers to show wearers both the real world and realistic cockroaches.

The history of augmented reality The term "augmented reality" has been around since 1990 but that doesn’t mean that it was never there before. The moment that man made gadgets that could relate to their environment and supply their users with information based on that, AR was there. It’s just that nobody thought to call it that. So, for those who want to know how it all went down, here is the history of augmented reality from birth to where we are today. From 1957, a gentlemen known by the name of Morton Helig began building a machine called the Sensorama. It was designed as a cinematic experience to take in all your senses and, shaped, rather like arcade machine from the 80s, it blew wind at you, vibrated the seat you sat on, played sounds to your eyes and projected a form of a stereoscopic 3D environment to the front and sides of your head. At the same time, in 1992, two other teams were made big steps into this new world. Until 1999, AR remained very much a toy of the scientist.

Augmented Reality on campus | eLearning Blog Dont Waste Your Time There are many uses for Augmented Reality systems and applications already out there, but most I come across are for more generic “find a hotel” or “find a wifi spot”. These are great, but not really pushing the boundaries of what the technology can do. I’ve read a little about how AR is being used in Education, which is good and I’ve spoken of these before – “Augmented Reality: does it have a place/future in education? What about these ideas? Student Orientation: What’s the worst part of being in a new place? These thoughts came about from watching this video on YouTube; created for the Junaio iPhone app, it worked in this example in the indoor 2010 Kiosk Europe Expo to guide visitors around and to help them decide where to go, and when. If you know of somewhere that is already doing this then please let me know, I’d be happy to know that my thoughts and ideas were already being put into practice.

Marketing in 2014 - Augmented Reality Written by Fozia Choudhary on 05 Mar 2014 Over the last 12 months there has been a real explosion in the use of Augmented Reality (AR) as a marketing tool. AR is a live view of the real world which is ‘augmented’ or improved with digital enhancements such as sound, graphics and videos. Here are some stats to show how the Augmented Reality market has grown in 2013. In 2014, around 30 percent mobile subscribers will use AR at least once in a week.In 2014, more than 864 million smartphones will have AR technology enabled in them.It is expected that by 2017 more than 2.5 billion mobile AR apps are going to be downloaded.The total revenue generated from AR at the end of 2013 is expected to be around $300 million.By 2016, the revenue is expected to cross $600 billion. Here is an example of how Augmented Reality can be used in today’s consumer markets: The advert would contain all the usual information about the store opening, address, contact details etc.