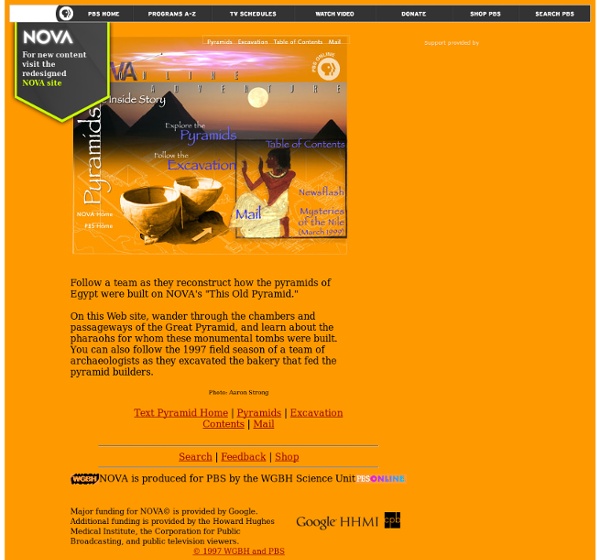 ancientegypt.co.uk Virtual tour of the Pole. You've arrived at the South Pole after about a 3-hour plane ride from McMurdo. A panoramic view just as you get off the plane. Photo: CARA/Greg Griffin Jump ahead to the imagemap of the South Pole Station. Actual quote from papers given to you: South Pole is an inherently dangerous place. The station is at an elevation of 2,900 meters; however the equivalent pressure elevation, based on polar atmospheric conditions, will vary from 3,300 to 4,000 meters. From 1955 until 1999, the Navy [Antarctic Development Squadron Six (VXE-6)] flew various aircraft in support of the U.S. Here is an example of a ski-equipped plane that is not an LC-130 -- it's a Cessna 180 operated by Adventure Network, a private Canadian company. Some brief history: The geographic South Pole (90 degrees South) has long been a prized goal of Antarctic explorers. U.S. Sun, Wind, and Temperatures! Sun -- During the winter at the South Pole, the Sun never rises. More cold facts...

Let's Play 'History As A List' : Krulwich Wonders... A bunch of you have sent me this list. It comes from Drew Breunig, a New Yorker who apparently works in the computer business, in advertising. It's a short history of "Frontiers" — territories that he says have challenged humans over the centuries, arranged in roughly chronological order. Drew calls it "Frontiers Through The Ages." Water, 1400 Land, 1840 Gold, 1850 Wire, 1880 Air, 1900 Celluloid, 1920 Plastic, 1950 Space, 1960 Silicon, 1980 Networks, 1990 Data, 2000 I know, I know, it's much too American and very arbitrary (Christopher Columbus didn't exactly "open" the oceans for exploration; Egyptian sailors, Minoans, Phoenicians did that, and much earlier), but still, Drew is playing a game here that's fun, if you keep at it. Suppose I wanted to think about power, how sources of power have multiplied over time. gravity muscle horses wind steam internal combustion oil gas nuclear With each new chapter, we get more power, plus more risk . vinyl 8-track cassette CD iTunes Anonymous Indeed.

s Tomb at neferchichi.com Here are some links that bring you to web pages with Egypt-themed lesson plans and activities. Links that go outside this site will open into a new window. Here are some activity ideas to try out in the classroom... Make Simulated Papyrus Papyrus scrolls were made by taking slices of the inner part of the papyrus stem and arranging them in perpendicular layers. The layers were then covered with linen and flattened by a stone to get the juices to leak out. Once dried, the layers were stuck together. Unification of Upper and Lower Egypt Explain how Narmer unified Egypt in 3100 BC, and that the double crown was created by combining the white crown of Upper Egypt with the red crown of Lower Egypt. New Deities Ask the class to come up with a list of some of the animals that live in your state. Bizarre Bazaar After teaching about bartering and supply/demand, have a bartering session. The Egypt Game Have the children read "The Egypt Game" by Zilpha Keatley Snyder.

Virtual Japanese House - Japanese Houses - Virtual Culture Virtual Japanese House How to Play Choose the answer to the question from among the three objects displayed at the bottom.Drag the object of your choice onto the picture and drop it in the right place. This game is based on houses in the fourth decade of the Showa era (mid-1950s to mid-1960s). You'll need the Flash plugin before you can start.

The World History Association (WHA) One of the WHA’s largest commitments is to extend knowledge of world history to younger students. We at the WHA believe that students should not have to wait until college to be exposed to a global education. Understanding cross-cultural interaction and development throughout history should begin earlier. In an ever increasingly connected world, the WHA believes that secondary school teachers are an important asset in this regard. Therefore, we make every effort to work with secondary school teachers in the field of world history. To assist professionals teaching world history, we have included essential links to information about standards and materials, lesson plans, and organizations and other informative, helpful websites. College Board This is an especially helpful website for those teaching AP world history. World History Connected This is an electronic journal that offers helpful information about teaching world history. H-World

Egypt Pyramids Pharaohs Hieroglyphs - Mark Millmore's Ancient Egypt History Globe In 1606, some 105 adventurers set off from England to try and establish the first permanent English colony in the New World. They settled in what is now the state of Virginia and called their colony first James Fort, and then James Towne, in honor of James I, the King of England. The early years of the colony were nearly a total disaster. Almost half of the settlers died due to poor choices in settlement location, management of resources, and quarrels with the indigenous Powhatan Indians. You are the Captain of the Jamestown Colony: Can you do any better than the real colonists? You will have a copy of the London Company's Instructions to help guide you. Scoring Factors: After you make all your decisions, you will receive a report on the state of your colony based on these factors: Food: How well can you provide it for your colonists? Make History: You will get to compare your colony to the historical Jamestown at the end. Good luck and Godspeed!

World History Egyptian tomb adventure Please note that unfortunately there is an error in this game. The part of the game that looks at canopic jars incorrectly states that in an Egyptian burial the jar in the form of the human-headed god Imsety contains the lungs and the jar in the form of the baboon-headed god Hapy contains the liver. However, Imsety should contain the liver and Hapy the lungs. If you like this you may also like... The Three Pyramids Can you prepare our high priest for the afterlife before the sun rises? Mummy Priest Discover the secrets guarded by this mysterious Ancient Egyptian figure.