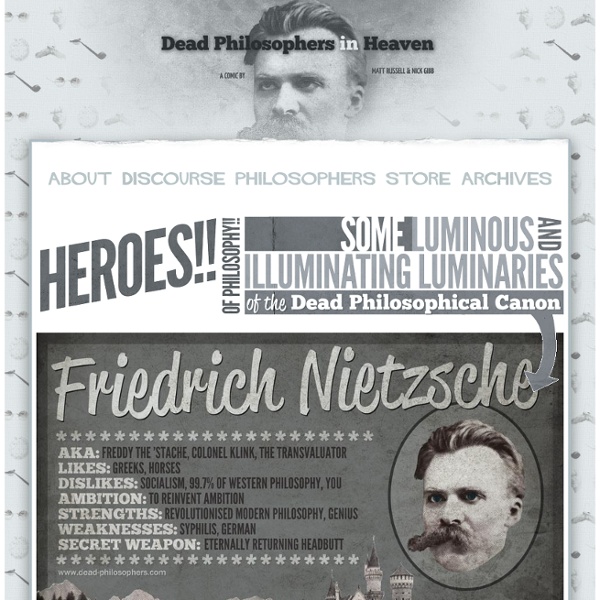 Philosophical Quotes, Thought-Provoking Sayings Related Quotes Hmmm Philosophy Truth Wise Words We are more often treacherous through weakness than through calculation. ~François VI de la Rochefoucault A man with one watch knows what time it is; a man with two watches is never quite sure. Mary Shelley Mary Shelley (née Mary Wollstonecraft Godwin; 30 August 1797 – 1 February 1851) was an English novelist, short story writer, dramatist, essayist, biographer, and travel writer, best known for her Gothic novel Frankenstein: or, The Modern Prometheus (1818). She also edited and promoted the works of her husband, the Romantic poet and philosopher Percy Bysshe Shelley. Her father was the political philosopher William Godwin, and her mother was the philosopher and feminist Mary Wollstonecraft. Mary Godwin's mother died when she was eleven days old; afterwards, she and her older half-sister, Fanny Imlay, were raised by her father. When Mary was four, Godwin married his neighbour, Mary Jane Clairmont.

SCHOPENHAUER'S 38 STRATAGEMS, OR 38 WAYS TO WIN AN ARGUMENT Arthur Schopenhauer (1788-1860), was a brilliant German philosopher. These 38 Stratagems are excerpts from "The Art of Controversy", first translated into English and published in 1896. Carry your opponent's proposition beyond its natural limits; exaggerate it. The more general your opponent's statement becomes, the more objections you can find against it. The more restricted and narrow his or her propositions remain, the easier they are to defend by him or her. Use different meanings of your opponent's words to refute his or her argument. Linguistics 201: Language Learning by Adults Language learning by adults (the so-called "second language acquisition") During childhood, language acquisition is a natural consequence of prolonged exposure to a language. A spoken language need not be formally taught to a child in order to be learned. (By contrast, written language must always be taught.)

"Of God in nature" by Thomas Browne Thus there are two books from whence I collect my divinity. Besides that written one of God, another of his servant, nature, that universal and publick manuscript, that lies expansed unto the eyes of all. Those that never saw him in the one have discovered him in the other; this was the scripture and theology of the heathens; the natural motion of the sun made them more admire him than its supernatural station did the children of Israel. The ordinary effects of nature wrought more admiration in them than, in the other, all his miracles. Surely the heathens knew better how to join and read these mystical letters than we Christians, who cast a more careless eye on these common hieroglyphics, and disdain to suck divinity from the flowers of nature. Browne, Thomas.

The History of Philosophy … Without Any Gaps On Monday, we told you where you can download Free Courses from Top Philosophers (Foucault, Searle, Russell and the rest). As the day went along, our list grew thanks to reader suggestions, and we also discovered another promising resource — a podcast called “The History of Philosophy Without Any Gaps,” created by Peter Adamson, Professor of Ancient and Medieval Philosophy at King’s College London: Beginning with the earliest ancient thinkers, the series will look at the ideas and lives of the major philosophers (eventually covering in detail such giants as Plato, Aristotle, Avicenna, Aquinas, Descartes, and Kant) as well as the lesser-known figures of the tradition. That’s what Adamson promises, and he doesn’t disappoint. Over the past 34 months, Adamson has produced 136 episodes, each about 20 minutes long, covering the PreSocratics (Pythagoras, Zeno, Parmenides, etc) and then Socrates, Plato and Aristotle.

Mary Wollstonecraft Mary Wollstonecraft (/ˈwʊlstən.krɑːft/; 27 April 1759 – 10 September 1797) was an eighteenth-century English writer, philosopher, and advocate of women's rights. During her brief career, she wrote novels, treatises, a travel narrative, a history of the French Revolution, a conduct book, and a children's book. Wollstonecraft is best known for A Vindication of the Rights of Woman (1792), in which she argues that women are not naturally inferior to men, but appear to be only because they lack education. University - School of Liberal Arts - Linguistics What is Linguistics? Linguistics is the scientific study of language. It studies both the structure and the use of language. Language is a universal human characteristic. All human languages share some traits, while diverging in particulars. Linguists may describe both universal and specific traits of language and of languages.

Possibilianism Not to be confused with Possibilism. Possibilianism is a philosophy which rejects both the diverse claims of traditional theism and the positions of certainty in strong atheism in favor of a middle, exploratory ground.[1][2][3][4][5] The term was first defined by neuroscientist David Eagleman in relation to his book of fiction Sum: Forty Tales from the Afterlives.[6] Asked whether he was an atheist or a religious person on a National Public Radio interview in February 2009, he replied "I call myself a Possibilian: I'm open to...ideas that we don't have any way of testing right now. Philosophy: Free Courses Advertisement Get free Philosophy courses from the world’s leading universities. You can download these audio & video courses straight to your computer or mp3 player. For more online courses, visit our complete collection, 1200 Free Online Courses from Top Universities. Also don’t miss our collection of 120 Free Philosophy eBooks. Bookmark our collection of free online courses in Philosophy.

Socrates Socrates (/ˈsɒkrətiːz/;[2] Greek: Σωκράτης [sɔːkrátɛːs], Sōkrátēs; 470/469 – 399 BC)[1] was a classical Greek (Athenian) philosopher credited as one of the founders of Western philosophy. He is an enigmatic figure known chiefly through the accounts of classical writers, especially the writings of his students Plato and Xenophon and the plays of his contemporary Aristophanes. Plato's dialogues are among the most comprehensive accounts of Socrates to survive from antiquity, though it is unclear the degree to which Socrates himself is "hidden behind his 'best disciple', Plato".[3] Through his portrayal in Plato's dialogues, Socrates has become renowned for his contribution to the field of ethics, and it is this Platonic Socrates who lends his name to the concepts of Socratic irony and the Socratic method, or elenchus. Socratic problem

David Eagleman's SUM Sum is an internationally bestselling book of fiction published in 27 countries and languages. It was selected as Book of the Week by both The Guardian and The Week, and named a Book of the Year by Barnes and Noble, Chicago Tribune, New Scientist, The Guardian, and The Scotsman. At one point, Sum was ranked by Amazon as the #2 bestselling book in the United Kingdom.