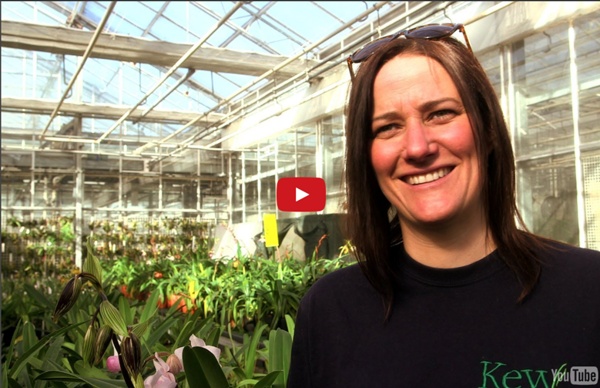 Geography of the UK The official title of the UK is the United Kingdom of Great Britain and Northern Ireland . Great Britain (the formerly separate realms of England and Scotland, and the principality of Wales. ) Northern Ireland (also known as Ulster) Numerous smaller islands including the Isle of Wight, Anglesey, and the Scilly, Orkney, Shetland, and Hebridean archipelagos. The UK is an island nation in Western Europe just off the coast of France. The mainland areas lie between latitudes 49°N and 59°N and longitudes 8°W to 2°E. The UK lies between the North Atlantic Ocean and the North Sea, and comes within 35 km (22 miles) of the northwest coast of France, from which it is separated by the English Channel. Northern Ireland shares a 360 km international land boundary with the Republic of Ireland. The UK has a total area of approximately 245,000 km², almost a quarter-of-a-million square kilometres. The UK is made up of several islands. The UK is bordered by four seas: Lakes Find out more about UK Rivers

Listening: A Tour of London Tower Bridge, London (Copyright: Getty) When you visit a city for the first time, a good way to explore it is to go on an organised sightseeing tour. The tour will give you an overview of what there is to see and also provide you with some historical background. A popular way of seeing London is to go in one of the red double deck buses. This tour will take you around London by bus. Activity Check how well you know London. a Madame Tussaud’s is a famous wax museum. b Bond Street is where the detective, Sherlock Holmes, once lived. c Marble Arch is a gate which was built in 1827. d Hyde Park used to be the royal hunting grounds. e Buckingham Palace is the London home of the Queen. f Piccadilly Circus is the largest circus in the world. g Fleet Street once housed the national newspapers. h St Paul’s Cathedral is a small but beautiful church. i The Tower of London is more than 900 years old. j The Globe is the world’s oldest restaurant.

150 Years of The Tube You are going to listen to a radio clip about the London Undergrounddo a comprehension activity Discuss Does your city have a metro or underground railway?How old is it?Have you ever been on the Tube in London? Listen What was London like 150 years ago? Listen again and do the quiz below Alternative vocabulary gap fill exercise here Printable worksheets here Read Interesting Facts about the Tube Each year, every Tube train travels 114,500miles/184,269km.The average speed of a train is 33km/20.5 miles per hour.Only 45 per cent of the network is actually in tunnels.There are 426 escalators. MoreFacts London Tube map Click on the map to see an enlarged version Mind the gap!

visitlondon.com - YouTube channel This summer, discover magical giant Dream Jars in London and beyond. This sculpture trail celebrates the release of The BFG movie and Roald Dahl’s 100th birthday, whilst raising funds for Save the Children. Find out more: Follow the conversation by using #BFGDreamJars and share your photos for a chance to win a prize.

Vandana Shiva: Everything I Need to Know I Learned in the Forest Today, at a time of multiple crises, we need to move away from thinking of nature as dead matter to valuing her biodiversity, clean water, and seeds. For this, nature herself is the best teacher. My ecological journey started in the forests of the Himalaya. My father was a forest conservator, and my mother became a farmer after fleeing the tragic partition of India and Pakistan. My involvement in the contemporary ecology movement began with “Chipko,” a nonviolent response to the large-scale deforestation that was taking place in the Himalayan region. In the 1970s, peasant women from my region in the Garhwal Himalaya had come out in defense of the forests. Logging had led to landslides and floods, and scarcity of water, fodder, and fuel. Women knew that the real value of forests was not the timber from a dead tree, but the springs and streams, food for their cattle, and fuel for their hearths. The women sang back in chorus:What do the forests bear? Beyond Monocultures What Nature Teaches

7 ways for Modern Society to Reconnect with Nature I got a question recently which I spent a while pondering, and now am striving to try and put into words this idea that i’m having about the way that modern society and nature interact with each other. The question went something like – “If the Flower of Life is everything, then is stuff like traffic jams and office cubicles a representation of the Flower of Life too?” So far, the short answer that I have for that is “Yes and No”. There are parts of that which is true. At a very large fractal of our energetic field, as well as a very tiny fractal, all of the geometries at some point are connected with the Flower of Life pattern that we all know so well. What occurs to me however, is that around a certain point of that fractal, from the atoms to the molecules to the cells in your skin all the way to the clothes that you’re wearing, those geometric fundamentals break down in favor of man-made structures that are more removed from that original geometry. So what are we waiting for, here we go!

Plants Have Memories: The Spiritual Case Against Agricultural Manipulation The Lakota of North America have many stories about seeds and how to know when each plant is in its sacredness. One seed flowers during a spiritual window called the Timpsila Ttkahca Wi, or when the Moon of Timpsila (turnip) is ripe. If you were to prematurely dig for the plant, it will not grow into a full nutrient. It's during this moon the Lakota are preparing for great ceremonies to be held throughout the coming spring and summer months. There is a certain balance and awareness created by all seeds which gives humans the opportunity to ponder, to wait, to think, to prepare, to be thankful, to cooperate, to be respectful and to be mindful, not just of human needs but that of the Mitakuye Oyasin (all the relations), which includes all life-forms, animate or inanimate. I recently heard of a "spiritual food" from a leading activist who related a story about the ancient Pawnee Eagle Corn, named for the pattern of wings on the kernels. So it is with the Lakota people.