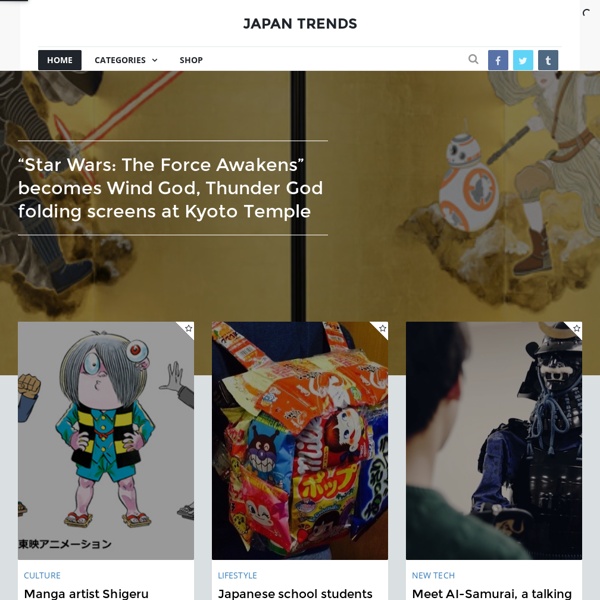 Toyota’s Camatte Lab at Tokyo Toy Show 2014 lets you design your own sports car hood Written by: William on June 13, 2014 at 3:28 pm | In LIFESTYLE | No Comments Toyota has once again collaborated with Znug Design to produce another fun Camatte booth for the Tokyo Toy Show. Following the Camatte’s first appearance in the 2012 and 2013 editions of the fair which allowed kids to play around with car panels, now comes a double treat for both design and automobile fans. The Camatte Lab is divided into two zones. The Tech Lab gives visitors an unusual up-close look at the inner workings of the car. The Tech Lab features a Camatte57s without its body panels so you can see how the steering gear and differential gear box work. The Tokyo Toy Show booth features multiple screens so even the driver can see in detail what is going on with the mechanics from every angle. The neighboring Design Lab has a Camatte57s Sport vehicle with special LEDs projecting onto the hood. The system scans the drawing and then projects it onto the car.

Kwambio 3D design platform lets you create personalized 3D-printed products Sep 1, 2014 3D printing is a hot topic, but If 3D printing is really going to go mainstream, it needs a place where users can choose and modify any design and be able to download and print all the products needed for everyday life. A new platform called Kwambio wants to become such a place. Founded by Volodymyr Usov, Kwambio is a community for people who'd like to create different customizable products (lamps, vases, coat-hangers, etc.) and share them with the world. Designers can come to Kwambio and make money from every creation. They can securely sell their original products, without worrying about piracy. Platform users can customize and personalize products with a few clicks of a button. There are five main categories of products on the platform: design, fashion, gadgets, decor and art. It's designed to be a creative community where everyone becomes a creator. For the first few months the platform will be free to use, but eventually users will pay per print.

Selfridges’ Personalised Haircare Lab | Stylus | Innovation Research & Advisory UK-based haircare brand Concoction has taken up residence at Selfridges’ beauty hall in London with a pop-up ‘bar’ running until August 7, ahead of a permanent position in the store. Taking its cues from cocktail mixology and tapping into the growing trend for customisable products, the brand allows consumers to create personalised haircare recipes in a simple, one-stop process. Visitors to the bar order select ingredients for their own personal blend from Concoction’s ‘ShampYou’ menu. Each shampoo/conditioner consists of four base fragrances, to which they can also add two shots of super-serum (of which there is also a selection) according to individual needs. The addition of the range of serums allows for up to 256 possible combinations, catering to every shade and type of hair. The product is finished by shaking the bottle – in a display of cocktail-style showmanship – to mix in the serums. Also see Shiseido Superstore and Alluring Perfumeries for more on beauty retailing.

3-D printers used to create custom medical implants that deliver drugs, chemo -- ScienceDaily A team of researchers at Louisiana Tech University has developed an innovative method for using affordable, consumer-grade 3D printers and materials to fabricate custom medical implants that can contain antibacterial and chemotherapeutic compounds for targeted drug delivery. The team comprised of doctoral students and research faculty from Louisiana Tech's biomedical engineering and nanosystems engineering programs collaborated to create filament extruders that can make medical-quality 3D printing filaments. Creating these filaments, which have specialized properties for drug delivery, is a new concept that can result in smart drug delivering medical implants or catheters. "After identifying the usefulness of the 3D printers, we realized there was an opportunity for rapid prototyping using this fabrication method," said Jeffery Weisman, a doctoral student in Louisiana Tech's biomedical engineering program. Weisman, who works out of a lab directed by Dr.

Biomedical Textiles: A Fast-growing Market Biomedical textiles is a fast-growing market segment in the technical textiles industry. Since the mid-1960s, the medical field has been using biomedical textile products for vascular grafts and heart valve sewing cuffs. The current wave of uses is coming as a result of new fibers and new construction methods of the textile materials. John Gray, co-founder, Biomedical Structures LLC Textile World: The science of biomedical textiles seems relatively new.Gray: While the amount of textile-based component and device applications has increased considerably over the last decade, the concept of surgical textiles has been with us for some time. TW: What is the difference between “medical textiles” and “biomedical textiles”? By customer request, BMS has built highly specialized custom textile processes for unique textile structures. BMS’s BIOFELT®, a nonwoven scaffold designed to promote natural cell adhesion and regeneration, is custom-engineered for specific applications. May/June 2014

Personalised Beauty | Stylus | Innovation Research & Advisory Pioneering beauty technology is beginning to offer consumers increased levels of personalisation in skincare. New beauty technology brand GENEU’s U+ skincare system analyses consumer DNA to tailor anti-ageing products based on their individual needs. GENEU’s newly-launched high street lab and store in London invites consumers to submit a DNA sample in the form of a swab taken from the mouth, which it analyses using microchip technology to seek the genetic variations which will identify how their skin will age. A unique U+ skin profile can be set up in 30 minutes, detailing the individual’s exact predispositions to collagen breakdown and antioxidant protection levels, and how the skin reacts to damaging free radicals. Professor Christofer Toumazou, the brand’s founder, won the European Inventor of the Year award for his U+ microchip technology, which is used in the GENEU DNA profiling test.

Racing to catch the connected customer: how digital is transforming automotive marketing | Technology "Consumers are changing the way they choose their cars," says Chrissy Totty, head of innovation at BMW's media planning agency Vizeum. "We researched the consumer decision-making process and it is very different from even five years ago. It has become more complex and a lot shorter." Traditionally a car purchase journey begins with a trigger, such as a new addition to the family or a promotion. Totty's comments are supported by research from consultants Arthur D Little, which reports that 70% of customers spend more time online than offline researching their car purchase. How then do you influence that online journey? These integrated global platforms are good for efficiency and consistency, but slow to adapt to changing needs because of their complexity. The decision-making process may be shortening, but marketers still need to think long-term because of the slow purchase cycle. A key future objective though is increased active participation in online communities.

51512_forrester_advance_to_next_generation_personalisation The Cool Hunter - Welcome Spoon Cereals A New Layer exhibition A New Layer is an exhibition by Matti Klenell, Stina Löfgren, Carina Seth Andersson, TAF Arkitektkontor through Gabriella Gustafson and Mattias Ståhlbom which will be on stage in Stockholm from November 11 to February 8. The exhibition will show contemporary objects made with an ancient technique. Lacquer has been used in East Asia for over 7000 years and encompasses a variety of techniques and applications. The title A New Layer refers to how the lacquer is applied in several layers until the desired surface sheen occurs. Historically, China and Japan have been the prime regions for the development of the lacquer art form. Artisans have not only mastered a single method, but developed a variety of ways in which the coating is used, both as a functional and a decorative material, Matti Klenell says. The project was initiated by the National Taiwan Craft Research and Development Institute (NTCRI) when they in 2012 invited the participating designers to Taiwan.

Sea Creature Lighting : sea creature light Inspiration can come from just about anywhere and these sea creature light fixtures look to the bottom of the ocean for direction. Although the collection isn't the first to take on the alien forms of marine animals, these designs are much more abstract than some would have anticipated. The general shape and ethereal glow of the sea creature lights allude to this underwater kingdom in a very subtle way. Designed by Studio Avni, the sea creature light collection has been properly dubbed the Fin Cloud series. Internet Of Things Furniture Arriving In South Korea Ever since Princess Leia first digitally appeared before Luke Skywalker in 1977’s Star Wars Episode IV, hologram technology has been at the foreground of science-fiction plotlines and special effects. Though holographic projection technology has arrived in limited form as an entertainment novelty (think Coachella’s Tupac hologram), it has not yet entered the everyday consumer market. Or so you may believe, until you meet the BLEEN Projection System. Bleen is a projection device that uses large-scale 3D reconstruction to create a moving holographic image. Bleen technology relies on fast-pulsed laser beams and optical focusing systems to coordinate light color, intensity, and distribution. Bleen, Inc., the company designing and manufacturing the projector, coordinates between its San Francisco offices and Eastern European research teams to bring its hologram technology to the home market. Bleen systems are expected to ship in late 2015. Bleen // IndieGogo Campaign