Elizabeth Gilbert: A new way to think about creativity 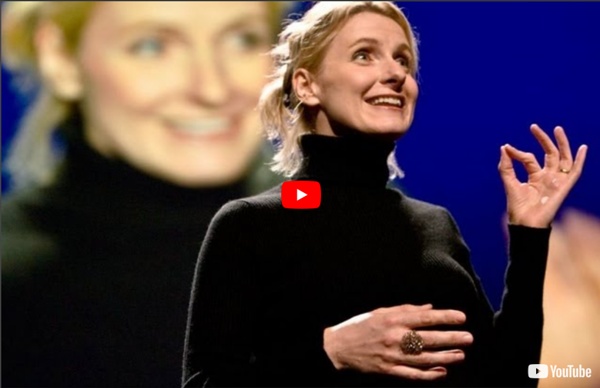 A new Tree of Life reminds us to question what we know Since Darwin’s day, scientists have worked to map all of life on a single tree to show how all forms of life on Earth evolved and are related. The DNA sequencing revolution has allowed us to fill in more of the blanks than ever before, greatly accelerating research into biodiversity and Earth’s ecosystems and constantly changing our understanding of life. Last week, our perspective shifted dramatically when researchers unveiled a newly updated Tree of Life showing a whole branch of heretofore-unknown microbes that appear to dominate Earth’s biodiversity. We asked biodiversity mathematician and TED Fellow Hélène Morlon – who uses computer models and the Tree of Life to better understand the forces that shape evolution – to explain why the new phylogenetic tree is changing the way we view life on Earth.

Why Boredom Is Good for Your Creativity Like most creatives, you probably have a low boredom threshold. You’re hardwired to pursue novelty and inspiration, and to run from admin and drudgery. Boredom is the enemy of creativity, to be avoided at all costs. Or is it? 10 talks on being creative Radio host Julie Burstein has found the perfect analogy for creativity—raku pottery. A Japanese art form in which molded clay is heated for 15 minutes and then dropped in sawdust which bursts into flames, what makes this pottery so beautiful is its imperfections and cracks. Burstein interviewed hundred of artists, writers, musicians and filmmakers for her book, Spark: How Creativity Works, and heard many of them describe their process in similar terms — that the best parts of their work came from embracing challenges, misfortunes and the things they simply couldn’t control. As Burstein explains in this talk given at TED2012, “I realized that creativity grows out of everyday experiences more often than you would think.”

Jonah Lehrer on How Creativity Works by Maria Popova Inside the ‘seething cauldron of ideas,’ or what Bob Dylan has to do with the value of the synthesizer mind. In his 1878 book, Human, All Too Human: A Book for Free Spirits, Nietzsche observed: Artists have a vested interest in our believing in the flash of revelation, the so-called inspiration… shining down from heavens as a ray of grace. In reality, the imagination of the good artist or thinker produces continuously good, mediocre or bad things, but his judgment, trained and sharpened to a fine point, rejects, selects, connects… All great artists and thinkers are great workers, indefatigable not only in inventing, but also in rejecting, sifting, transforming, ordering.” Some 131 years later, Elizabeth Gilbert echoed that observation in her now-legendary TED talk.

The Greatest Ever Economic Change 13 September 2012 The Greatest Ever Economic Change Professor Douglas McWilliams Introduction I am very grateful to Gresham College for allowing me to borrow the title of Mercers School Memorial Professor of Commerce for three years. I have had many illustrious predecessors and am immensely flattered to have the opportunity to follow in their footsteps. 10 Sites to Learn Something New in 10 Minutes a Day Allow me to lay a scene: It's 7:00 am. The kids need to be fed and bundled off to school. The toast is burning. The cat just knocked a pile of papers off the counter, and you've got a big presentation to give in an hour and you haven't even begun to prepare.

What really happens to the plastic you throw away - Emma Bryce If you watched this video, you’re probably interested in how plastics are made, and what impact they have on the environment. For starters, you might want to watch this video that shows you how plastic bottles are produced. The American Chemistry Council also has some helpful guidelines on how the material is manufactured, what different types there are, and what role monomers and polymers play in the manufacturing process. (What are monomers and polymers anyway? You can read more about how they’re used in plastics, here.) Moving on from the molecular stuff, plastic also has more visible impacts on the earth.

Austin Kleon on Cultivating Creativity in the Digital Age by Maria Popova The genealogy of ideas, why everything is a remix, or what T.S. Eliot can teach us about creativity. UPDATE: Kleon’s Steal Like an Artist synthesizes his ideas on creativity and is absolutely fantastic. Austin Kleon is positively one of the most interesting people on the Internet. DAVID FOSTER WALLACE, IN HIS OWN WORDS IN MEMORIAM | September 19th 2008 The world of letters has lost a giant. We have felt nourished by the mournful graspings of sites dedicated to his memory ("He was my favourite" ~ Zadie Smith), and we grieve for the books we will never see. But perhaps the best tribute is one he wrote himself ... Special to MORE INTELLIGENT LIFE This is the commencement address he gave to the graduates of Kenyon College in 2005.

Art that blurs the line between paint and photograph Alexa Meade doesn’t paint on canvas. No, as she explains in her talk from TEDGlobal 2013, she paints on something very different — human skin. “If I want to paint your portrait, I’m painting it on you — physically on you. You Are A Mashup Of What You Let Into Your Life Aaron DeOliveira alerts us to a wonderful presentation by writer/artist/poet Austin Kleon called Steal Like an Artist. It's a little less than 8 minutes, but worth watching: There's a lot in there that will sound familiar if you're a regular reader, but it goes over the simple fact that content creators always build on the works of those they come across, whether on purpose or not. There were two lines that really caught my attention. The first was this one: You are a mashup of what you let into your life.

22 Things You Need To Do While You Have The Chance 1. Go to a country whose language you do not speak, and where English is rarely spoken. Learn what it means to have to find out everything by yourself, and to live glued to your translating dictionary.