Learning Hacks That Will Maximize Your Memory 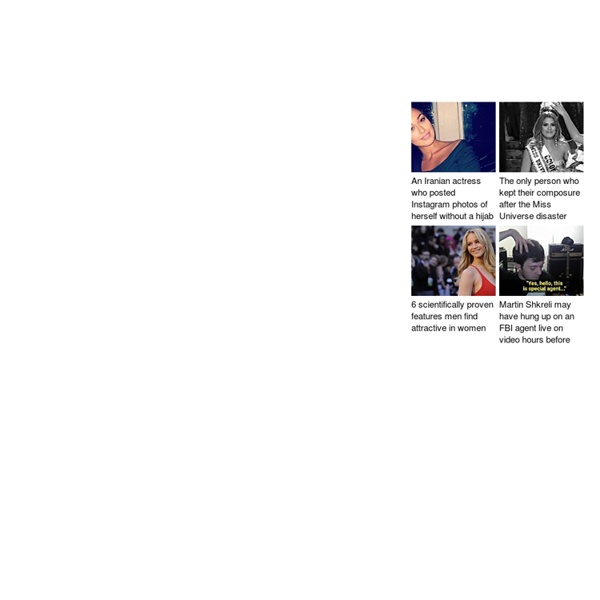 The Secret To Learning New Skills Twice As Fast Learning a new skill doesn’t depend so much on how much practice you do, but how you practice. The key is to subtly vary your training with changes that keep your brain learning. By changing up your routine, new research says, you can cut the time to acquire a new skill by half. Acquiring new motor skills requires repetition, but iterative repetition is much more effective than just doing the same thing over and over. IT can kill cancer Share this information first and read afterwards… Share it as much as you can! The Sour Sop or the fruit from the graviola tree is a miraculous natural cancer cell killer 10,000 times stronger than Chemo. Why are we not aware of this?

Robots and Babies Both Use Curiosity to Learn Humans have a drive to eat. We have a drive to drink. We have a drive to reproduce. Curiosity is no different, says George Loewenstein, a professor of economics and psychology at Carnegie Mellon University. Our insatiable drive to learn—to invent, explore, and study ceaselessly—“deserves to have the same status as those other drives.”

New Eye Drops Can Dissolve Cataracts With No Need For Surgery A cataract is the clouding of the eye’s lens and accounts for over half of all cases of blindness worldwide. Though cataracts can be effectively treated with surgery, it’s costly and requires trained surgeons. This is a problem for developing countries with poor health systems. Drug treatments have the potential to be a game changer in providing cheap and accessible treatment, but there are many hurdles. The Anti-Reading List All successful investors read a lot. It's a common denominator you'll find among most smart people. Charlie Munger once said, "In my whole life, I have known no wise people who didn't read all the time – none, zero." But all good ideas can be taken too far. Reading is one of them.

12 Canned Biscuit Hacks That Prove Cooking Really Can Be Insanely Simple! Drawing a blank on what to make for dinner? These mini pot pies are so simple to prepare and require such few ingredients that they're practically too good to be true! Coat a muffin tin with non-stick spray and press the biscuits into the tin. Fill your mini crusts with spoonfuls of your favorite chunky soup. The 4 Rituals That Will Make You An Expert At Anything We hear a lot about “10,000 hours” being what it takes to become an expert. But the majority of people totally misunderstand the idea. So I decided to go to the source and talk to the guy who actually created the theory. Anders Ericsson is a professor of psychology at Florida State University. His wonderful new book is Peak: Secrets from the New Science of Expertise.

untitled What is the price of the Ecocapsule? Price of the Ecocapsule will be announced in the last quarter of the 2015. Status of the project? How to Stay Strong – Financially – During and After a Divorce Divorce can be devastating, but you can get back on track and recover. Whether you’re contemplating divorce, in the middle of it or recently divorced, you can reduce the financial and emotional consequences by taking certain steps as soon as possible. In most cases – both emotionally and financially – you’ll be better off if you stay married. Consciousness: What Neuroscience Can Teach Us NEW YORK — As you read this sentence, the millions of neurons in your brain are frantically whispering to each other, resulting in the experience of conscious awareness. The nature of consciousness has intrigued philosophers and scientists for thousands of years. But can modern neuroscience ever hope to crack this mysterious phenomenon? At the World Science Festival, an annual celebration and exploration of science held here in New York, a panel of experts debated what scientists can and can't learn about the mind by studying the brain. Philosophy of the mind

Paul Ford: What is Code? A computer is a clock with benefits. They all work the same, doing second-grade math, one step at a time: Tick, take a number and put it in box one. Tick, take another number, put it in box two.