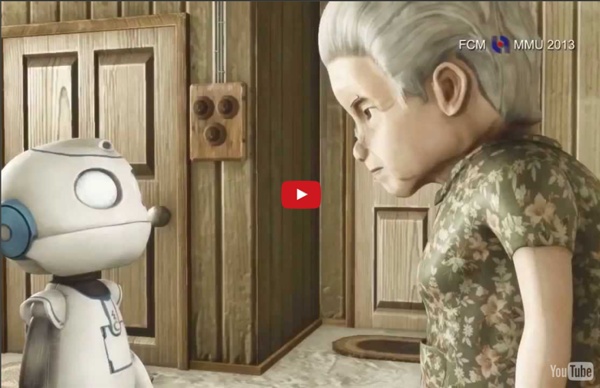 An updated look at my classroom – My generation of polyglots Back in 2013 I published a photo essay about how I use the physical space of my classroom. Three years later a lot is still the same, but a few things have changed. First here is an animated gif panning around my classroom: One of the biggest changes over the past three years is the size of my classroom library. After years of purchases it is finally a functional size to maintain not only an FVR program for beginners but also a full heritage speakers program. I am proud to be able to offer an independent pleasure reading course to heritage speakers. The LibriVox Free Audiobook Collection : Free Audio : Download & Streaming LibriVox recording of The Adventures of Tom Sawyer by Mark Twain. Read by John Greenman. The Adventures of Tom Sawyer (published 1876) is a very well-known and popular story concerning American youth. Mark Twain's lively tale of the scrapes and adventures of boyhood is set in St. Petersburg, Missouri, where Tom Sawyer and his friend Huckleberry Finn have the kinds of adventures many boys can imagine: racing bugs during class, impressing girls, with fights and stunts in the schoolyard, getting... favoritefavoritefavoritefavoritefavorite ( 17 reviews ) Topics: librivox, audiobook, literature Source: Librivox recording of a public-domain text Librivox recording of the Adventures of Sherlock Holmes.

Optimizing Immersion Every so often someone asks: how do I teach TPRS from an “uncooperative” textbook? Like, one that has massive lists of vocabulary? I had to do this in the past with Buen Viaje (al Infierno), and this is how I did the organization work before starting the year. First, goo through the textbook and make a list. I use a spreadsheet. Sci-Fi / Horror : Free Movies : Download & Streaming Sci-Fi / Horror by Karl Hardman, Russell Streiner movies eye 90% TL: just do it! – En français, SVP! (Just so we’re clear, I stole the title of this blog post from Thomas Sauer, not Nike.) Well, it’s spring break here, which means that my French ones have been through 3 1/2 weeks of “only” speaking French in class. I will clarify that before that, they did speak French, but there weren’t explicit rules for how much. A quick look at logistics:

SLA from Day 1: Powerful First-day(s)-of-school Activities $node = stdClass Object ( [nid] => [79] [type] => [video] The Edgartown School on Martha's Vineyard - a nationally-recognized blue ribbon school of excellence Edgartown School uses a comprehension and communicative approach, which is an OPTIMIZED IMMERSION experience. Class primarily uses a method called Teaching Proficiency through Reading and Storytelling (TPRS®). "TPRS has consistently outperformed traditional teaching." - Karen Lichtman Dear Mr and Mrs Smith So you have parents– or Adminz–going, what the heck is going on in Johnny’s Spanish class? I don’t see worksheets and essays and other homework, and he talks a lot about stories. But he seems to like it.

CI / TPRS Wikia - Wikia Now that more and more teachers are adopting TPRS and CI in their classrooms, there is an extreme wealth of information out there about these practices. However, especially for a beginner, it is overwhelming to synthesize so much information. The goal of this wiki is to facilitate the organization of the information learned from places like blogs, facebook groups, and presentations so that all language teachers may benefit it. Categories Edit Here are some popular categories to help you find what you're looking for. VanPatten/Ellis/Conti/Long: “Principles” compared Caution: There is danger in listening to only one voice. Whether in politics or teaching philosophy, we tend to surround ourselves with people who think pretty much like we do. It takes a lot of mental energy to be challenged on closely-held beliefs and defend them, and we’re already spending a lot of mental energy just doing what we do each day. Who has the time?

1st semester Spanish These are the stories that I’ve used in my first semester 8th grade Spanish class (Level 1). Wildebeest Movietalk: Hay, Dice, Ve. Martina Bex has this great Embedded Reading/Movietalk which is a perfect thing to start the year. This lesson you can download for free. Free Movie Scripts, Screenplays and Transcripts Intersteller - march 12, 2008 unspecified draft script by Johnathan Nolan (story by Jonathan Nolan, Kip Thorne, and Lynda Obst) - hosted by: Leonard Langford Lexicon - in pdf format In the near future, Earth has been devastated by drought and famine, causing a scarcity in food and extreme changes in climate. When humanity is facing extinction, a mysterious rip in the space-time continuum is discovered, giving mankind the opportunity to widen its lifespan. A group of explorers must travel beyond our solar system in search of a planet that can sustain life.

Creating comprehensible input with commercials – Kristy Placido Commercials are a really great way to infuse your language classes with a short burst of authentic language, but they are also really valuable as a vehicle for storytelling and discussion. Commercials are designed to be compelling and to elicit emotions. Paired with activities designed to make them comprehensible, commercials are wonderful for cultivating an environment of acquisition. “Natural Approach teachers help make input comprehensible by providing extra-linguistic knowledge in the form of pictures and realia, and by modifying their speech.”

La Clase de la Señora Dentlinger Pictionary with Novels | Shared by Elizabeth Dentlinger at SraDentlinger.wordpress.com This week I tried something new! Right now Spanish 1 is in the middle of reading Tumba and Spanish 2 is working on Robo en la noche. I have really made an attempt to vary our pre-reading activities that focus on vocabulary. Sometimes we old school TPR, sometimes it’s Quizlet, and other times it’s PQA.